The Time magazine quoted a verse from the Quran, the holy book of Islam, on the cover of its latest October issue, citing the verse "Whoever saves one life, saves all of humanity" in a piece dedicated to a volunteer group in Syria that has rescued thousands of civilians.
The magazine's story tells readers about the volunteer group, the Syria Civil Defense, also known as the White Helmets, which has rescued thousands of people from buildings bombed in the civil war. The group received the Right Livelihood Award in September.
"They come in after the bombs have fallen and free people from the ruins, from the rubble of the houses that have been bombed," Ole von Uexkull, executive director of Right Livelihood Award Foundation, said of the White Helmets.
"Many in Syria believe that hopefully, when there's a peace accord, the white helmets will be the ones who help to rebuild the country from the ruins." 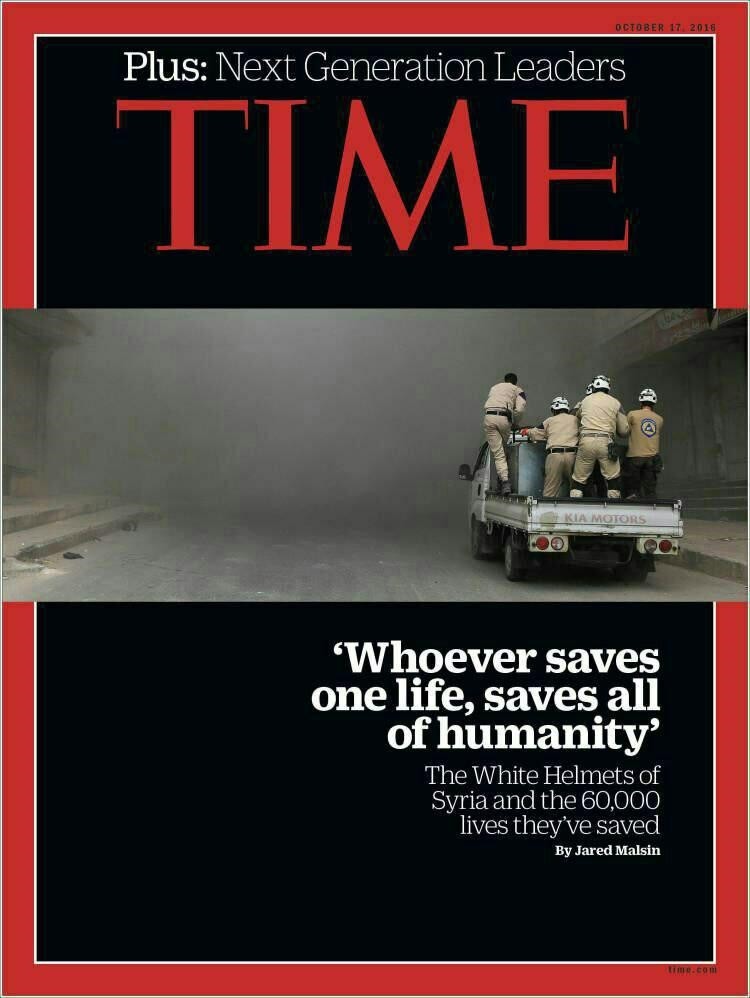 The quotation is the 32nd verse of Al-Ma'idah Surah and is the credo of the White Helmets. The whole verse is about Adam's son Cane killing his brother Able.
"On account of this, we prescribed for the children of Israel that whosoever killed a person — unless it be for killing a person or for creating disorder in the land — it shall be as if he had killed all mankind; and whoso gave life to one, it shall be as if he had given life to all mankind. And Our Messengers came to them with clear Signs, yet even after that, many of them commit excesses in the land." (Al Quran 5:32/33)
--- ---
...