Tehran: a city of arrested development Travel Writer: Rachael Kealy found the Iranian capital to be a contrast between the cold regime and the warm locals
‘Tehran is a city of arrested development, a place in which time stopped in 1979’

* * * “The mood changed as soon as we entered Iranian airspace. The crew collected alcoholic drinks, sweeping a curtain of silence across the cabin. Passengers quietly readied themselves, tucking their hair beneath headscarves, folding away magazines and whispering warnings to unruly children.
Outside the airport, we bounced along in a 1989 Peugeot 405 - the hotel’s luxury transport - gripping the doors as the car swung across lanes, careered the wrong way up slip-roads and nudged the car ahead, bumper to rusted bumper. Nonplussed, the driver regaled us with a list of every Ferrari-owner in Tehran. Everybody has their dreams.
The hotel’s patchy wi-fi warned that the government monitored every page. No Facebook, no Twitter and oddly, no RTÉ. The television blasted a cacophony of western evils on an hourly loop. The mini-bar offered only non-alcoholic beer so sweet I felt my pancreas wince.
By day three, we were wandering the streets like locals, expertly navigating open gashes in the footpaths and craters in the roads. We stopped for lamb and barberries wrapped in freshly-baked flatbread, washed down with yoghurt and mint. The Grand Bazaar bristled with exotic scents and sounds, and we tasted tart mulberries, dried figs and rosewater pastries. Children followed us with curious dark eyes, sucking on sticks of saffron sugar. When the rain fell, we moved underground, clambering aboard the metro – clean, efficient and cheap, at 15c a trip. We travelled in mixed carriages; few chose to sit in the women-only sections.
The easy-going quotidian life in Tehran put us at ease and I began to rebel, gently, following the lead of the beautiful Persian women I walked amongst every day. I learned to pin my hair in a high bun, so that the headscarf fell elegantly from my crown. I bought a kohl pencil and encircled my eyes with ebony black.
The spell was broken when we stumbled across a political rally by the Azadi Tower. White-bearded men in robes beat their fists against lecterns and young boys cheered as they threw darts at a wall. Their target was a Star of David, interspersed with the logos of McDonalds, Intel, CocaCola, Nike and Nestlé. A chill ran through us, despite the warm spring day.
We were struck by the stark dichotomy between the regime and the warm, welcoming people we met. We were approached many times, usually by women, eager to have us carry a message back home. “I need you to understand,” said an English teacher, sotto voce. “We are not the government. Persians love art, culture, poetry and literature. We used to have parties, with food, wine and laughter,” she nodded towards the wall, where a solemn portrait of Ayatollah Khomeini hung. “Before them.”
Tehran is a city of arrested development, a place in which time stopped in 1979. The bellbottoms and bomber jackets, the bold, raw-concrete architecture and the cars that look like set pieces from Starsky and Hutch; they all hark back to freer times. It appears that the people do too.
Entries to The Irish Times Travel Writer competition, in association with Travel Department, are now closed. The winning writer will be annoucned on October 29th in The Irish Times Magazine. See irishtimes.com/travelwriter

---Travel Writer: Rachael Kealy found the Iranian capital to be a contrast between the cold regime and the warm locals ---... 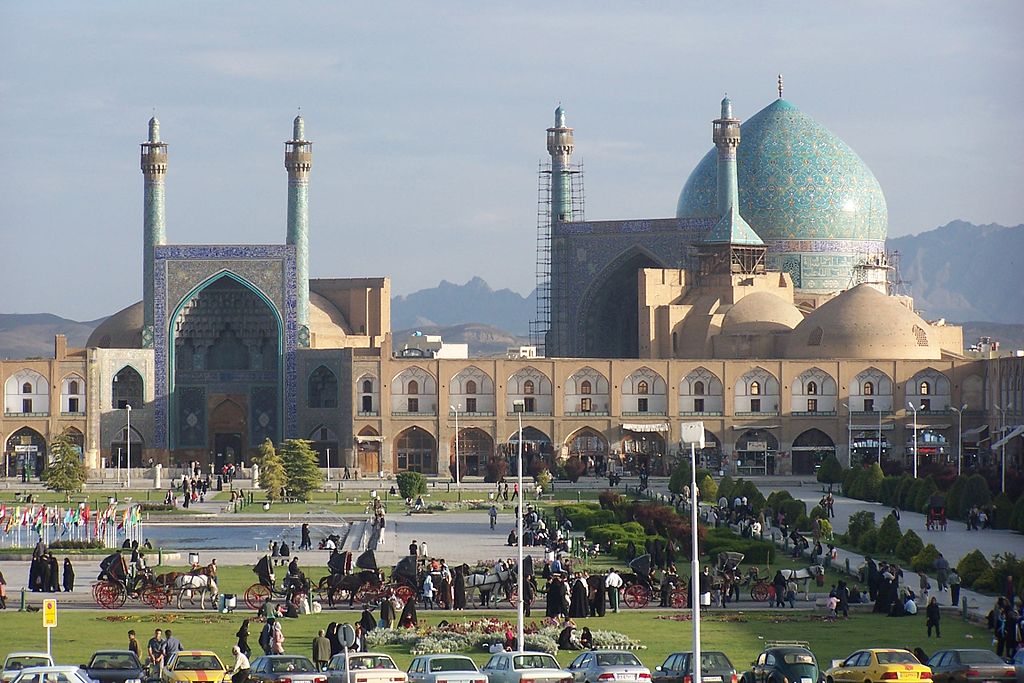 thetriangle.org 28/10/2018 Culture
By Roxana Shojaian Oct. 26, 2018 *** Photograph courtesy ofآرمان at Wikimedia Commons. The first question most people have asked me when I told them t...View Details»

Beneath the Veil: A Fashion-Obsessed Girl Comes of Age in Pre-Revoluti...