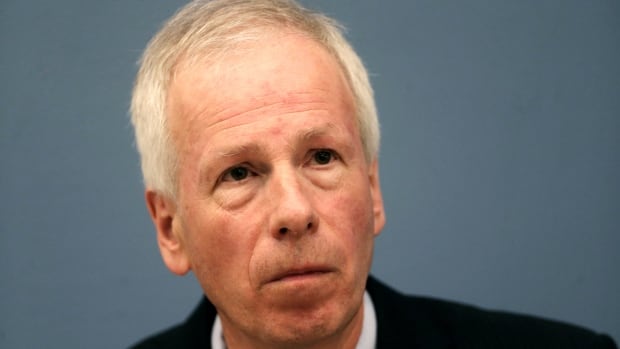 Toronto forum on engagement with Iran needed broader range of voices, 2 attendees say
By Michael Petrou, for CBC News Posted: Nov 04, 2016 5:00 AM ET
Minister of Foreign Affairs Stéphane Dion spoke with members of Canada's Iranian community about their views of engaging with Iran, at a roundtable in Toronto last week. (Ints Kalnins/Reuters)

* * * Foreign Minister Stéphane Dion met with selected Iranian-Canadians last week to hear their views about the Canadian government's plan to re-engage with Iran.
But two attendees say they are concerned the meeting was stacked with supporters of restoring diplomatic ties with Tehran, rather than critics of Iran's human rights abuses.
"I don't think the people were really representative of the community," said one attendee, a human rights activist who asked not to be named. "It definitely wasn't fair and balanced, I believe."
About 60 Iranian Canadians were invited by Liberal MPs Ali Ehsassi and Majid Jowhari, who were also present at the roundtable Friday at Toronto's Westin Prince hotel.
In September, Jowhari sponsored a petition, submitted by the Iranian Canadian Congress lobby group, calling on the government to re-establish diplomatic relations with Iran, something that is already Liberal policy.
Zarrin Mohyeddin, who immigrated to Canada from Iran after the Islamic Revolution in 1979, said many of those invited to last week's roundtable were part of that initiative.
'I knew that, irrespective, everyone was going to complain, on either side of it.'
- Liberal MP Ali Ehsassi
"The people in the room were chosen because most of them were people who had a petition to open the embassy," said Mohyeddin, who also attended the meeting.
"I didn't see any religious minorities. I didn't see any Baha'is — they have problems with human rights in Iran. I didn't see any Kurds. I didn't see any Baluch. And to me, that was set like that to give the legitimacy to the government to open the embassy and negotiate with Iran."
Ehsassi rejected the accusation that most of those invited support the government's plans to re-engage with Iran.
"I, for one, literally wanted to make sure that anyone who has a strong opinion was there, because I knew that, irrespective, everyone was going to complain, on either side of it," he said in an interview.
Ehsassi said he invited a few Baha'is — members of a persecuted religious minority in Iran — but they were unable to attend. He said he did not specifically seek out Kurds or Baluch, but said they might have been among the attendees. 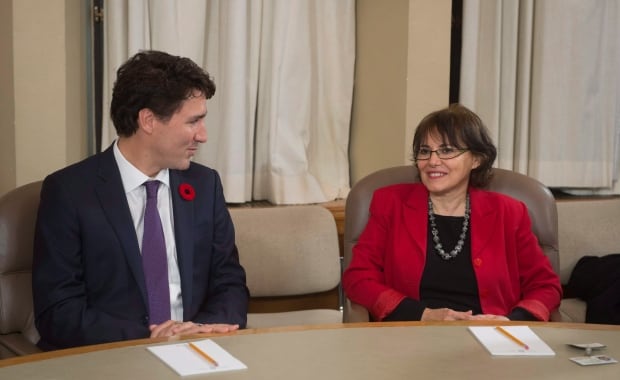 Dr. Homa Hoodfar, an Iranian-Canadian who was detained in June during a visit to Iran and spent more than three months in prison, returned to Canada in late September after her release. She met with Prime Minister Justin Trudeau, left, and Foreign Affairs Minister Stéphane Dion during a visit to Parliament Hill this week. (Adrian Wyld/Canadian Press)

* * * The human rights activist said Ehsassi did invite people with diverse opinions, but said most of the people invited by Jowhari were more interested in restoring ties with Tehran than in criticizing Iran's human rights record.
Jowhari, in an email response, said: "In organizing the event, it was ensured that … various views across the political spectrum were represented and had a seat at the table. By that I mean the views on Iranian human rights violations, the views in support of re-engagement and views against re-engagement."
Ehsassi, when asked for his view, said, "The end product, truthfully I can say, included everyone."
Human rights concerns
Canada's previous Conservative government severed relations with Tehran in 2012, citing Iran's nuclear program, the safety of Canadian diplomats and Iran's support for Syrian dictator Bashar al-Assad among its reasons.
There is a range of opinion among Iranian Canadians regarding Iran's government and the degree to which Canada should engage with it.
Mohyeddin, who is an executive member of the Iran National Council For Free Elections, said she is not unequivocally opposed to re-engaging with Iran, but said Canada must secure human rights improvements in Iran first.
She referred to the cases of Canadian professor Homa Hoodfar, who was recently released after more than 100 days of imprisonment in Iran, and Saeed Malekpour, a former Canadian permanent resident, who has been jailed since 2008 on charges that are widely believed to be trumped-up.
"Why are we rewarding Iran as it continues to take Canadian hostages? It makes no sense," she says. 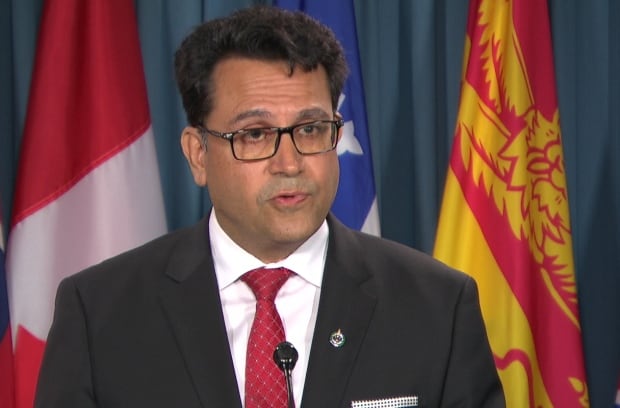 Liberal MP Majid Jowhari supports a petition sponsored by the Iranian Canadian Congress to re-establish diplomatic relations with Iran. He was one of two MPs who invited Iranian-Canadians to a roundtable on re-engaging with Tehran. (CBC)

* * * "I know they need to save Bombardier," Mohyeddin added, referring to a statement Dion made in January that not easing sanctions on Iran would hurt Canadian businesses like the Montreal-based plane manufacturer. "That's good for them. But our concern is something else. It's human rights."
The activist got the impression Dion also cares about human rights in Iran.
"I do feel positive about it," the activist said, referring to the meeting. "Any person who pushes for appeasing the Iranian regime, they just have money in their eyes. They just see business opportunities. And as a result, they have to always ignore human rights in their arguments. Dion, I think, sees that.
"He is not going to be compromising Canadian values or human rights values for the sake of opening up shop in Iran. [He] sort of made it clear in not so many words that investing in Iran is not our No. 1 priority."
Often meets without publicity
No official announcement was made about the meeting, and it was absent from Dion's Twitter feed. But word appears to have got out. Demonstrators opposed to the Iranian government protested outside the event. While no mainstream media were invited, several Persian-language outlets were given a chance to ask Dion questions afterwards.
Dion spokesman Joe Pickerill said in an email that Dion often meets with stakeholders without publicizing the event.
"As ever, the minister reiterated the government's commitment to a step-by-step re-engagement with Iran as a way to advance our interests from Middle East security issues, human rights concerns or consular matters," Pickerill said of the meeting.
In a video of the post-meeting question-and-answer session, posted to YouTube, Dion defended the government's policy on re-engagement.
"Engaging is not agreement," Dion said.
"I fail to understand in which way disengagement, isolation, improves human rights … If I stay here and I don't engage the world, I cannot improve the world, and I will fail the world."
Michael Petrou is a journalist and a non-resident fellow at the Montreal Institute for Genocide and Humans Rights Studies.
--- ---
... 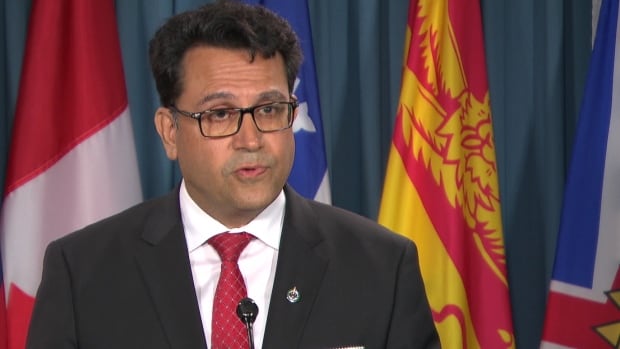