Iranians will smile at name of this eatery in Easton

Iranians will smile at name of this eatery in Easton ...
bostonglobe.com 05/11/2016 Cuisine 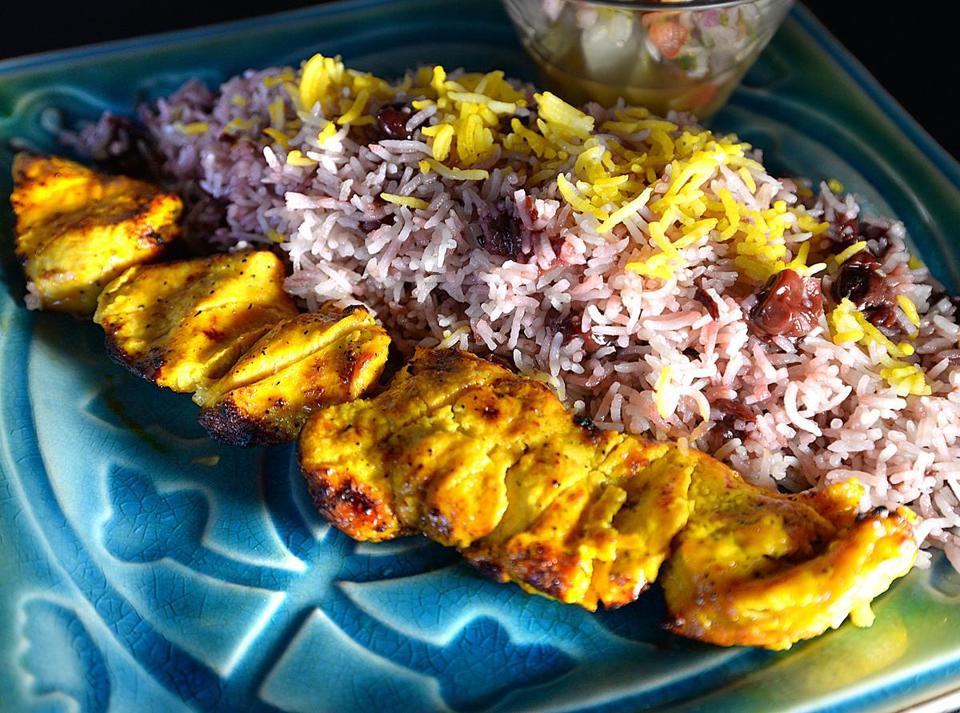 The albalo polo dish served at Chaloos Restaurant in Easton.

* * * By Ellen Albanese Globe Correspondent November 04, 2016
IN THE KITCHEN
In 2010 Joe Niknezhad was at a crossroads. The engineer had been laid off from Digital Equipment Corp., and with the state’s high-tech industry in a slump, he decided it was time to find another career. His other passion, he says, was cooking, so he decided to open Chaloos in south Easton, a Persian restaurant highlighting the cuisine of his native Iran.
“I told myself, if I don’t do this now, I know someday I’ll regret it,” he said. 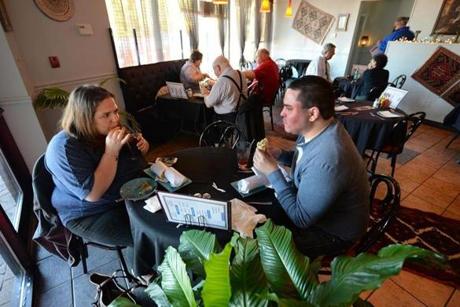 Debee Tlumacki for The Boston Globe Liane Watt of North Easton and her brother Evan Martins of Brockton lunched at Chaloos Restaurant recently.

* * * Chaloos is the name of a resort town on the Caspian Sea. He chose it, he said, because, “if you mention Chaloos to any Iranian, you’ll see a smile on his face -- it brings good memories.”
Niknezhad honed his cooking skills at a Persian restaurant in Washington, D.C., in the late ‘70s, where he worked nights while attending Catholic University. While Persian dishes anchor the menu at Chaloos, the restaurant also includes other Middle Eastern cuisines.
--- ---
...

nytimes.com 10/12/2013 Politics
By DAVID PATRIKARAKOS LONDON — THE recent nuclear deal with Iran has caused a predictable furor among Middle East hawks. But it offers an opportunity ...View Details»