* * * Kish (Iran) (AFP) - Iranian investors are pouring money into Kish island in the Gulf, hoping its white sand beaches, coral reefs and more relaxed Islamic rules, could make it a major tourism destination.
From the pristine beaches of Kish, it is only 200 kilometres (120 miles) across the water to Dubai -- and it is the booming city state's tens of thousands of wealthy expats that the investors are hoping to lure.
The wide, palm tree-lined boulevards that circle the island of 100 square kilometres (nearly 40 square miles) are full of top-end cars, including luxury American models.
The buildings are modern, the hotels comfortable and new shopping centres are sprouting everywhere.
Diners pack late-night, roof-top restaurants. Women sit with cigarette in hand, wearing colourful headscarves pushed right back to reveal plenty of make-up and expensive hair-dos.
During the day, the men walk the long jetties in bermuda shorts -- forbidden in most parts of Iran. Under the warm autumn sun, one man is even shirtless.
A motorboat zooms past, techno music blaring, with men and women sitting together.
In many ways, it looks as if little has changed since the days when the shah and his family holidayed here before the Islamic revolution of 1979. The green and white cars of the morality police are rarely seen.
Still, even though Islamic rules are less strict on Kish, they are still in force -- creating a major obstacle for investors hoping to attract Western expats for short breaks from Dubai.
There are no bars or clubs -- or any alcohol at all -- while men and women must use separate beaches, splitting up families.
- 'Halal tourism' -
Massoud Gilani, an investment consultant who divides his time between Dubai and Kish, tries to put an optimistic spin on the issue.
Expats "can drink and enjoy themselves in Dubai and relax here," he said, rather hopefully.
Iran is in the midst of a tourism boom, thanks to the efforts of the current moderate government under President Hassan Rouhani to rebuild ties with the West.
Visitor numbers have leapt from 2.2 million a year in 2009 to 5.2 million in 2015, the government says, and an even bigger increase is expected this year.
But most Westerners are drawn by Iran's ancient cities and historical treasures, rather than a beach break.
Ali Jirofti, one of the managers of Kish's free trade zone, recognises that the island's best hope is to focus on Muslim holidaymakers.
The priority is "high-end halal tourism," he said.
Kish already attracts some 1.8 million visitors per year, mostly Tehranis hoping to escape not just social strictures but also the horrendous traffic and pollution of the capital.
Shopping is another big draw -- Kish was the first and most significant of seven free-trade zones set up during the 1990s to attract investment and help with the import of consumer goods.
There are now some 40 hotels, and US-style malls are everywhere.
The company also wants to double the number of international flights by Kish Air and create a car-free "ecological paradise" on the nearby island of Hendorabi, where an airport, port and hotel have already been built.
Investors are also pushing health tourism, with two top-end hospitals already running on the island, boasting leading doctors, particularly plastic surgeons.
"Forty more luxury hotels of four to five stars are under construction," said Jirofti.
"Our aim is to reach 2.6 million tourists within 10 years."

---Iranian investors are pouring money into Kish island in the Gulf, hoping its white sand beaches, coral reefs and more relaxed Islamic rules, could make it a major tourism destination. From the pristine beaches of Kish, it is only 200 kilometres (120 miles) across the water to Dubai -- and it is the ---
...

Iran's Rouhani to Trump: 'Not the time to build walls'...

yahoo.com 28/01/2017 Politics
*** Iranian President Hassan Rouhani criticised his US counterpart Donald Trump saying "if there are walls between nations, they must be removed" (AFP...View Details» 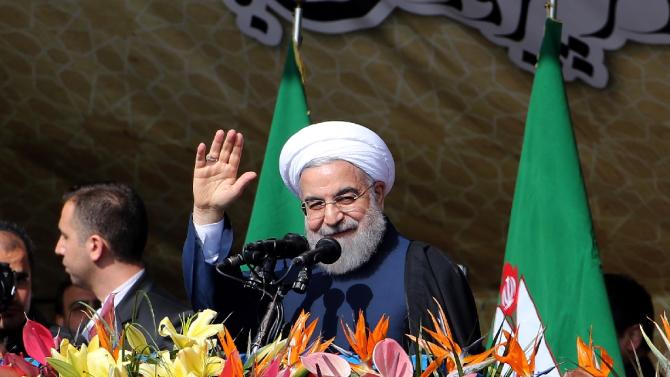 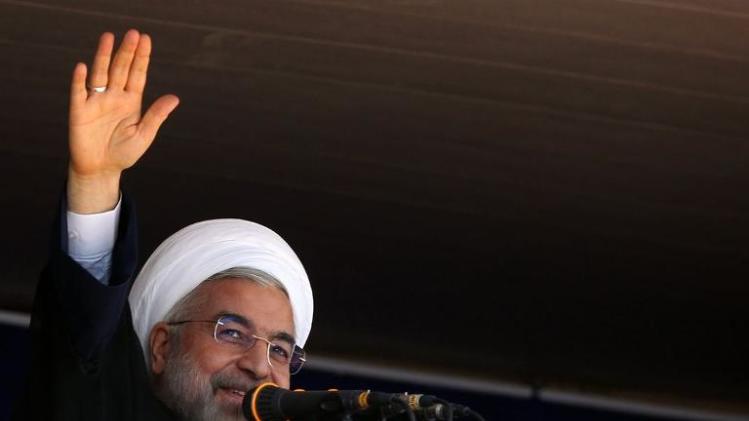