By Rania El Gamal, Tom Finn and Katya Golubkova | DOHA
OPEC is moving closer toward finalizing this month its first deal since 2008 to limit oil output, with most members prepared to offer Iran significant flexibility on production volumes, ministers and sources said on Friday.
Iran has been the main stumbling block for such a deal because Tehran wants exemptions as it tries to regain oil market share after the easing of Western sanctions in January.
Iran's rival Saudi Arabia, the biggest producer in the Organization of the Petroleum Exporting Countries, has argued Iran's output has peaked and it should not be granted major concessions.
On Friday, several OPEC oil ministers including Saudi Arabia's Khalid al-Falih met in Doha on the sidelines of a gas forum. Iranian officials attended the gathering although minister Bijan Zanganeh did not come.
At the meeting, OPEC member countries proposed Iran cap its oil output at 3.92 million barrels per day (bpd), a source familiar with the proposal told Reuters.
Iran has previously said it would accept a freeze at between 4.0 and 4.2 million bpd.
Gulf OPEC sources have said they wanted Iran to cap output at around 3.6-3.7 million bpd - the volume the Islamic Republic is currently producing, according to OPEC estimates.
The source said Tehran had yet to respond to the proposal.
Iran's OPEC governor, who attended Friday's talks, said he was optimistic that the producer group would reach a deal when it gathers formally in Vienna on Nov. 30.
Falih said the Friday meeting went well, but declined further comment.
If OPEC reaches a deal on Nov. 30, it may also draw support from non-OPEC members including Russia, which promised to cooperate but so far has refrained from any firm commitment.
Russian Energy Minister Alexander Novak participated in Friday's meeting and said he thought OPEC was moving closer to a deal. If an agreement were reached, Russia was prepared to join and cap output for six months or longer, Novak said.
He also said more non-OPEC producers could join such a pact. The Azeri Energy Ministry said on Friday it would send a delegation to consultations in Vienna later this month.
(Writing by Dmitry Zhdannikov; Editing by Dale Hudson)
--- ---
... 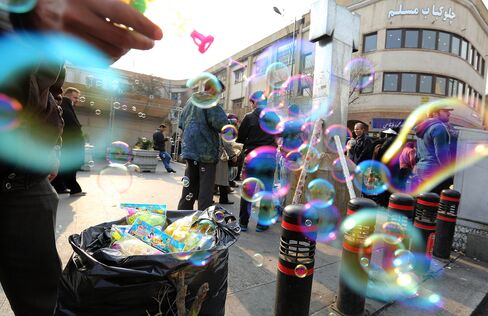