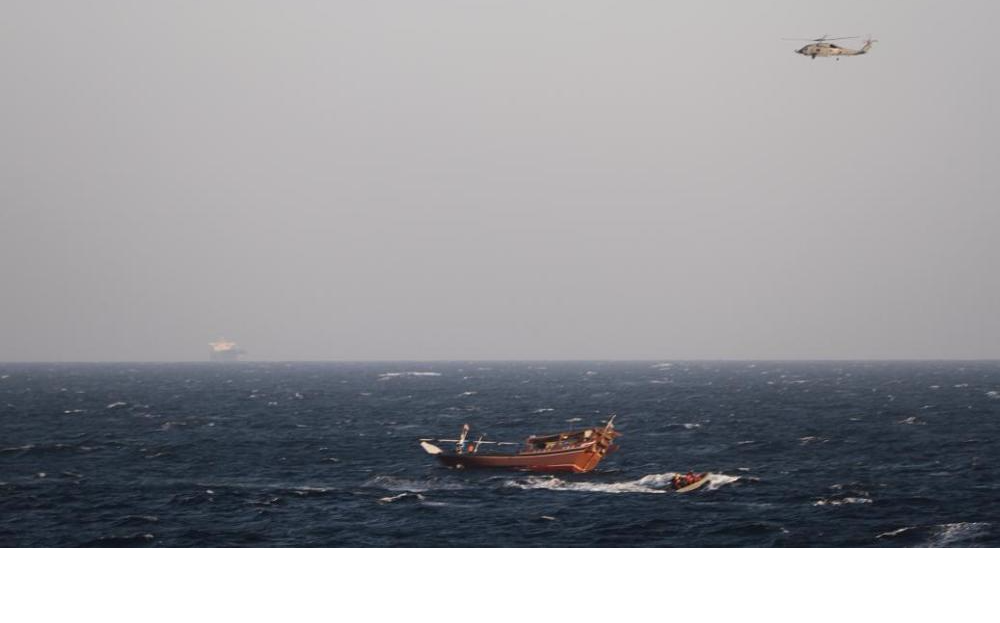 By: Emily Cole, November 30, 2016 (Photo Credit: Lt. Ian McConnaughey/Navy)
The Navy provided aid to six ill Iranian mariners on Nov. 30 in the Persian Gulf, according to a Navy release.
A rigid hull inflatable boat and its boarding team from Hopper depart after providing aid to six ill Iranian mariners after the mariners made a distress call over bridge-to-bridge radio. Photo Credit: Lt. Ian McConnaughey/Navy

* * * The destroyer Hopper and cruiser Monterey were responding to a distress call from the Iranians via bridge-to-bridge radio, the release said. The Hopper sent a rigid hull inflatable boat to provide aid to the Iranian boat while a helicopter from the Monterey provided watch.
The Hopper and Monterey are part of Central Command's U.K.-led Commander, Task Force 50 under the Royal Navy HMS Ocean.
--- ---
...

en.wikipedia.org 17/05/1987 History
The USS Stark incident occurred during the Iran–Iraq War on 17 May 1987, when an Iraqi jet aircraft fired two missiles at the American frigate USS Sta...View Details»