Sadly, no matter where you go in the world, animal homelessness is a problem. In the U.S., there are over 70 million stray animals roaming the streets, yet only six to eight million are lucky enough to make it to shelters. Of those who do get into the shelter system, even fewer end up adopted into forever homes. All the effort that goes into giving animals a chance would not be possible without the countless veterinarians, shelter workers, and volunteers who give their time and energy. In some countries, stray animals might not be so lucky. For example, in Iran, animal shelters are few and far between, leaving very little resources for the country’s strays. Luckily, there are individuals out there working to make life better for homeless animals.
Komeil Nezafati, a 33-year old mullah from Iran, was moved to dedicate a portion of his already busy day to help animals after coming across a starving, stray puppy nearly a year ago. Although he had always been afraid of dogs, the mullah found that he could not let that puppy starve, nor could he sit idly while other animals fought for survival.
When Nezafati first started helping stray animals, he would snap photos and post them to his Instagram, @zaerepiadeh.
Soon, he was able to found an organization called Mehr, the Persian word for “kindness” to help feed strays. He also opened a treatment center for animals that can house 100 dogs and 150 cats.

Nezafati’s dedication to helping stray dogs has caused a bit of controversy due to Islam calling dogs “unclean.” While this is true, in response, Nezafati told Iran Wire: “Islamic practice actually advises its followers to be kind to dogs and other animals … Nowhere does Islam recommend that you should abuse animals or kill them.”

Strays have long been an issue in Iran, but eventually, Nezafati hopes to open an animal shelter to protect animals from being killed by the municipality.

Nezafati’s compassion towards animals is not exclusive just to cats and dogs. He also cares for over 500 birds in his home. In addition to that, he hopes to raise enough money to help women and children who are forced to live on the streets. It’s thanks to his kindness and courage to overcome his fear of dogs that so many starving, sick animals are getting the treatment that they need. You can help solve the homeless pet problem in your area by choosing to adopt your animal companions from a shelter instead of purchasing them from a breeder.
All image source: zaerepiadeh/Instagram
--- ---
...

Why this Persian New Year is different (opinion) ... 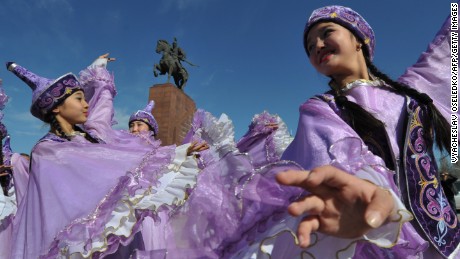