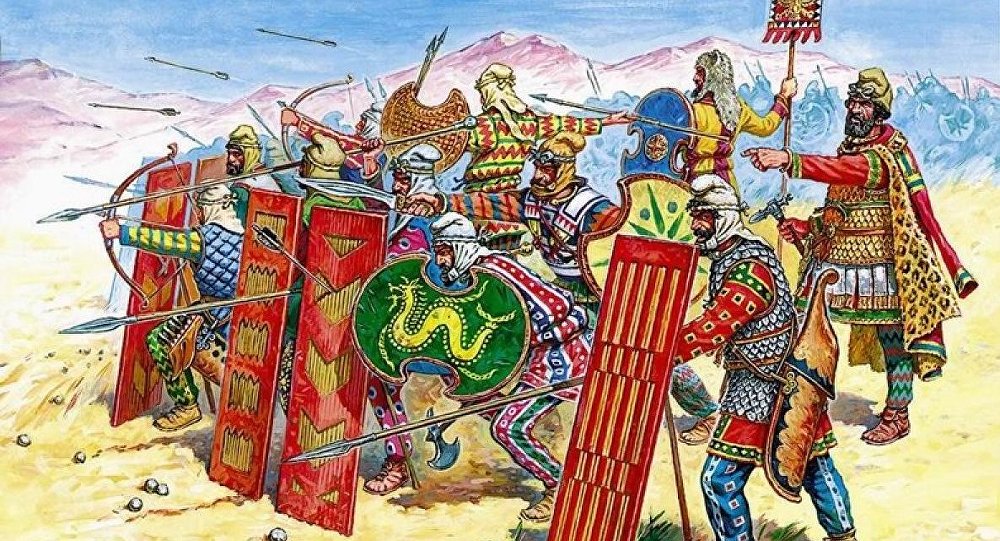 A new novel that recently hit the bookshelves in Iran is meant to prove that the story of 300 Spartans is far from the only time when a small band of brave warriors challenged a vastly superior enemy force.
The publisher’s introduction openly states that the novel, based on an ancient Persian epic, is a response to the “rather biased movie 300” – a 2007 film directed by Zach Snyder which is a fictionalized retelling of the Battle of Thermopylae.
Padram Babakhani, the novel’s author, told Sputnik Persian that rather than trying to challenge the story of 300 Spartans he wanted his book to be more historically accurate than Snyder’s movie. "No one denies the historicity of the Battle of Thermopylae where 300 Spartan warriors led by King Leonidas faced the many thousand strong army of King Xerxes. The problem is, that movie is basically a fantasy. My novel however is based on reliable historical sources, and despite some fictional elements it remains within the scope of historical truth," he said. Babakhani’s novel is based on a story dating back to the 6th century. The ruler of Yemen attacks a small border, forcing its king to flee and seek help from Khosrow Anushiruwan, Shahanshah (King of Kings) of the Sasanian Empire. Per Anushiruwan’s order, 600 men who were previously sentenced to death are instead sent off to fight the invading Yemeni army. The protagonist is one of these men, sent on a suicidal quest to battle the invaders who number in the thousands. Meanwhile, Afshin Shahne Tabar, head of the Tehran-based publishing house Sam’ o Meh, told Sputnik that they are already working on translating the novel into foreign languages. "We intend to translate the novel into other languages. English and German are currently a priority, but we don’t intend to stop there. We’ve already made arrangements at the Vienna book fair and have already selected translators for the job. I hope that the translated versions of the novel will be published soon," he explained.

---A new novel that recently hit the bookshelves in Iran is meant to prove that the story of 300 Spartans is far from the only time when a small band of brave warriors challenged a vastly superior enemy force. ---
...