Iran, and the entire world for that matter, was shocked and appalled over images of homeless Iranians resorting to sleeping -- and even living -- in pre-dug graves to escape freezing winter cold conditions. As mainstream media correctly covered this previously unknown aspect of life in Iran that the ruling mullahs desperately attempt to cloak, further news continues to trouble readers across the spectrum while shedding light on a broader dilemma diseasing the regime.
“It is quite terrible for people to be homeless and even sleep in graves, and for 7,500 ‘grave sleepers’ to be rounded up in a single day,” said Iranian Deputy Health Minister Mohammad Hadi Ayazi.
We cannot deny the fact that this is a senior Iranian official, first of all, confirming the horrific scope of this devastating phenomenon, and how Iranian authorities, obviously humiliated and furious over the media coverage, have resorted to such drastic “roundup” measures.
“…1.35 million drug addicts across the country and one in every four marriages ending in divorce,” he added. Of course, it is also worth noting that considering the Iranian regime’s nature, senior officials always downgrade the exact numbers in such statistics, especially regarding the controversial issue of drug addicts.
From a broader perspective, these social crises provide a very insightful view into the truth of the status quo in Iran. This country is ruled by a regime desperately managing an economic crisis while systematic corruption and grant practices have run rampant. Senior Iranian officials are known to plunder people’s wealth, parallel to wasting billions from oil and gas revenues to fuel wars in Syria in supporting the Bashar Assad regime, and financially supporting Shiite proxies in Iraq, the Houthis in Yemen, and the Lebanese Hizb’allah. More billions are poured into the regime’s nuclear ambitions and the program to master and obtain ballistic missiles.
“Reports from inside Iran indicate a mounting economic crisis, despite a windfall of billions pouring into Iran following the nuclear deal sealed with the P5+1 following negotiations in which the international community bent over backward in the mullahs’ favor,” wrote Iranian rights advocate Amir Basiri in American Thinker.
Rampant grants and systematic corruption are plaguing the Iranian financial system, as Vice President Es’haq Jahangir indicated: “systematic corruption had infiltrated all layers of the economy.”
The majority of Iranians are living under the poverty line, resulting from senior regime officials plundering national wealth in mind-boggling figures.
“Tehran’s prosecutor also revealed financial corruption of the regime officials plundering 80 trillion rials ($24.8 billion dollars) of the Teachers and Educators Reserve Fund,” as reported by the Iranian opposition National Council of Resistance of Iran, an umbrella group of numerous organization, including the People's Mojahedin Organization of Iran (PMOI/MEK).
Tehran has also deprived the Iranian people of further billions of dollars, wasting this much-needed budget in wars across the Middle East, most specifically Syria.
“Iran is shoring up the Syrian regime from a secret HQ in Damascus nicknamed ‘the Glasshouse’ -- and commanding a huge covert army in support of Assad,” the Algemeiner wrote, adding Iranian “Supreme Leader Ali Khamenei has spent billions in hardware for its ally Bashar al-Assad in the last five years...”
To add insult to injury, Iran has continued nuclear and ballistic missile developments, all in defiance of various agreements sealed with the international community.
These notorious measures by Tehran show for what purpose the country’s money is actually spent, further plunging the population into poverty and further social dilemmas.
“The budget allocation for the Revolutionary Guard was $3.3 billion in 2013, increased to $6 billion in 2015, declined to $4.5 billion in 2016 but increased by 53 percent to $6.9 billion for 2017,” wnd.com reported.
The above-mentioned figures prove the fact that the money released by sanctions relief and heading to Iran are spent on anything but the Iranian people’s interests. Secondly, as the “grave sleepers” phenomenon signals escalating poverty, the Iranian people have never benefited from the boasted nuclear deal, acting as the main platform to release Iran’s frozen assets. Finally, the regime in Tehran is completely unstable and any entity evaluating the possibility of investing in Iran is highly advised to take a step back and think twice.
Shahriar Kia is a political analyst and member of Iranian opposition (PMOI/MEK). He graduated from North Texas University. @shahriarkia
--- ---
...

Iran: How The People Suffer As Billions Go To Waste... 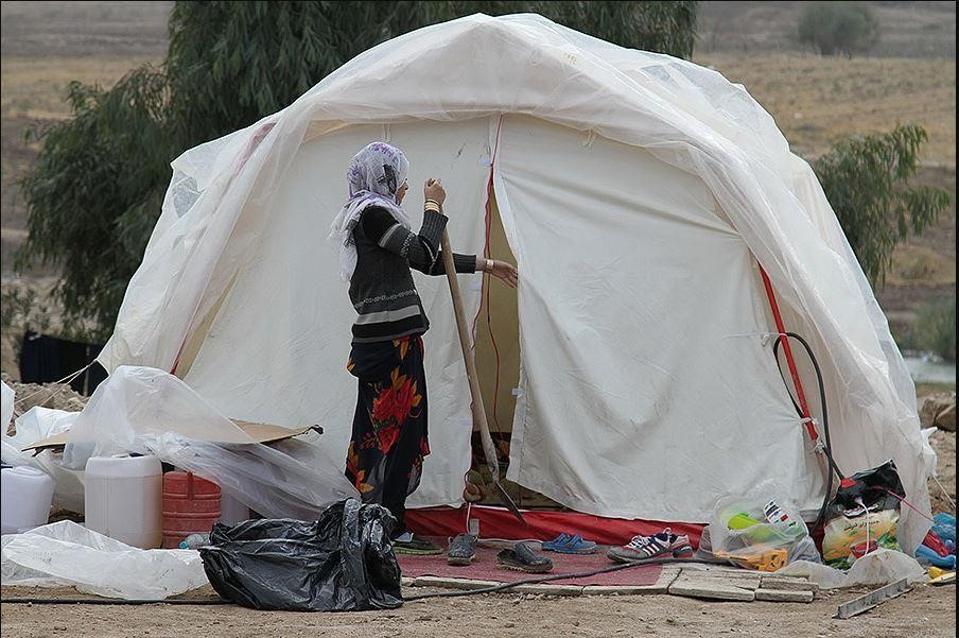 forbes.com 28/12/2017 Politics
By Heshmat Alavi , Contributor As we gear to welcome 2018 with celebrations across the globe, it is morally correct to take a moment and think about...View Details»