The mysterious life of America’s most popular poet, a 13th-century Persian 
By The Washington Post
January 20, 2017 at 12:02 pm
By Alexander C. Kafka, Special To The Washington Post
Rumi_s_SecretHow wonderful it is that Rumi, the 13th-century Muslim versifier, has become the best-selling poet in the United States! He might enjoy knowing that Trump’s America is snapping up translations of his homoerotically tinged work even as the country toys with banning Muslims and rolling back gay rights.
Rumi, like Omar Khayyam, has become the warm and fuzzy ecumenical poet of choice for weddings, coming-of-age ceremonies and funerals. A benign mist dews our lens on a golden-age Islam. Edward Said would rap our bourgeois knuckles for the way we idealize classical Persia.
Now, to rescue Rumi from this inane Orientalizing comes the poet, novelist and biographer Brad Gooch with “Rumi’s Secret.” A dazzling feat of scholarship, but a pedestrian read, the book restores Rumi to the glories and hardships of his momentous age. Gooch spent nearly eight years on the project, learning Persian and traveling to Rumi-relevant lands including Tajikistan, Uzbekistan, Iran, Syria and Turkey, co-translating the verse he quotes, steeping himself in scores of books, and interviewing Rumi luminaries and acolytes.
Building particularly on Franklin Lewis’ “Rumi” (2000), Gooch manages to paint an accessible, tangible portrait of the ancient poet. He makes real for us Rumi’s boyhood travels from his home in the Tajik village of Vakhsh, his studies in Aleppo and Damascus, and his family and religious life in Konya, in what is now Turkey. Gooch explores Rumi’s relationship not just with Shams, the older spiritual intimate with whom he became obsessed, but also – later, after Shams’ suspicious disappearance – with a goldsmith, Salah, and then with Hosam, trusted longtime friend and treasurer of the informal religious order that had formed around Rumi.
Shams made Rumi question the expectations for his respectable and predictable future. He brought out the religious leader’s budding mystic inclinations, including an unorthodox love of music and dance in which Rumi’s prayers began to evolve into poetry and song. Was sex involved in the men’s many cloistered hours together? “While no evidence exists of an erotic component,” Gooch writes, “Rumi chose to speak of their spiritual love in the mode of Persian romantic love poetry, and from weaving the two came his evanescent message.” In other words, who knows?
Rumi’s masterwork, the six-volume spiritual epic “The Masnavi,” shivers with infinite devotion, but also infinite loss. Shams may have been murdered by one of Rumi’s sons in jealous conspiracy with other apostles who felt the older mystic was undermining Rumi’s calling. Or Shams may have felt driven away. Or he may have left to teach Rumi a lesson about separation. After all, he’d done that before. In any case, Shams’ disappearance, absent any resolution, perhaps echoed in Rumi’s mind other losses such as the death of his father and the destruction of his boyhood homes by the Mongol armies of the Khans, whose authority increasingly encroached on Konya as well.
The book’s title, “Rumi’s Secret,” is more a tease than a biographical agenda. For if you consider the secret the nature of Rumi’s intimacy with Shams or the perpetual mystery underlying great poetic talent, then Rumi’s secret rests securely with him in his tomb. Then again, the poet’s secret might be no secret at all. Fasting, whirling, dancing and reciting while Hosam acted as scribe, Rumi, like mystics before and since, may have looked increasingly inward as the outward showed signs of toppling all around him. Worn down to his physical, spiritual and elegiac essence, he turned his back on worldly factions and reached out to Christians and Jews, tradesmen and lepers. At the risk of heresy, he found direct connection to God, to Mohammed and to the Koran, to which he brazenly considered his “Masnavi” a complement.
“Rumi’s Secret” is a strangely dry read considering it has a literally whirling mystic as its subject. As if fearing that too lyrical an approach to such an orphic figure would result in incoherence, Gooch describes this poet’s life in a decidedly unpoetic way. He offers conscientious chronology: who traveled where, studied with whom, won which royals as patrons, and so on. And he gives us some helpful exegesis, for instance, in explaining a surrealistic dream passage by Rumi drawing on a 40-day period of bread-and-water subsistence in total isolation. But this book won’t get anyone excited about Rumi. Instead, it will give those already excited about Rumi help in contextualizing his work.
Look at what has become of Aleppo and Damascus, the centers of learning of Rumi’s young manhood. Look at today’s tatters of his ecumenical outreach. What power compels millions nonetheless to seek out his healing verses? One wishes that Gooch, for all the years he put into understanding Rumi, would offer, beyond quotes from a few Rumi scholars and enthusiasts, some deeper speculation along these lines.
Gooch does equip us to make some guesses of our own. Perhaps in a world of warlords, sects and terror, the enduring appeal is the immediate spiritual self-determination that Rumi promises:
Oh brother, you are nothing but your thoughts
The rest of you is merely skin and bones
If your thought is a rose, you are a rose garden
If your thought is a thorn, you are fuel for the fire.
Or do we see ourselves reflected in Rumi’s melancholic ambiguities? “The religion of love,” he asserts, “is beyond all faiths.” With the Middle East again aflame, the West in another bitter parochial crouch, one wonders, does that mean that supreme love is accessible to all of us, or to none?
Rumi’s Secret: The Life of the Sufi Poet of Love
By Brad Gooch
Harper
--- ---
... 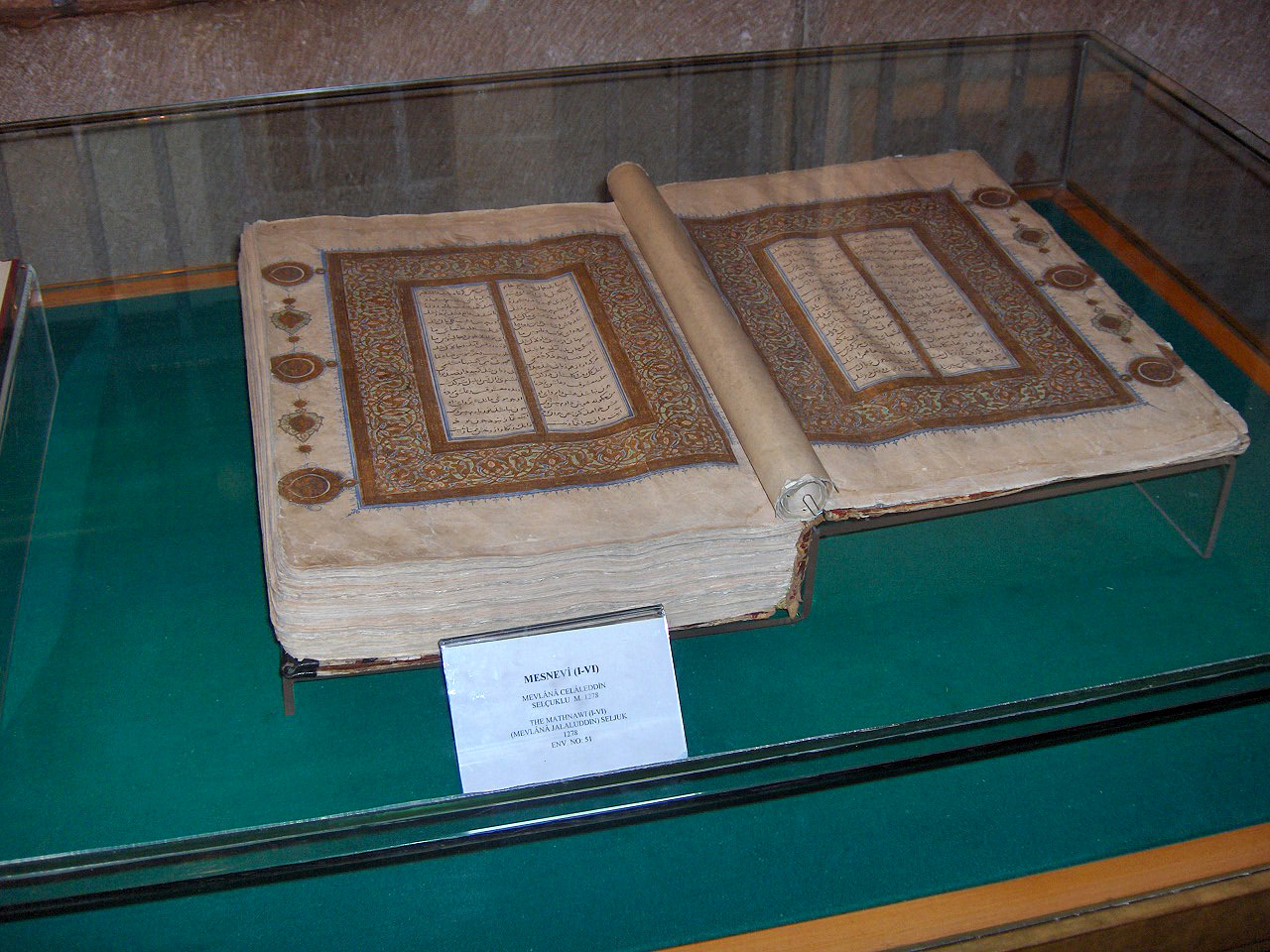 bbc.com 16/04/2014 Arts
By Jane Ciabattari This 807-year-old Persian mystic and dervish has a massive following in the US and around the world. Jane Ciabattari explains his e...View Details»