Source: RFE/RL
Iran has denied claims by the United States that Iranian fast-attack boats were "harassing" warships in the strategic Strait of Hormuz
Iranian state news agency IRNA on March 25 quoted Brigadier General Masoud Jazayeri, deputy chief of staff of Iran's armed forces, as saying U.S. claims were based on false reports or "other intentions."
He said Washington would be responsible for any clashes in the key Persian Gulf oil shipping route and said U.S. forces "should change their behavior."
Nearly a third of the world's oil trade by sea passes through the Strait of Hormuz, which has been the scene of previous confrontations between the United States and Iran. View of Persian Gulf and Strait of Hormuz U.S. Navy commanders had accused Iran of harassing warships in the strait, warning it was jeopardizing international navigation and could lead to miscalculations and possible conflict.
Navy commanders said U.S. aircraft carrier George H.W. Bush on March 21 had confronted two groups of Iranian Navy fast-attack boats as it led a five-vessel flotilla through the Strait.
U.S. commanders said the carrier sent helicopter gunships to hover over the Iranian boats, but no shots were fired.
"What I don't like about that is they were in the middle of international transit waters...We had a right to be there as we were exercising freedom of navigation on our way into the Arabian Gulf," Rear Admiral Kenneth Whitesell told reports aboard the carrier.
It was the first time a U.S. carrier entered the Strait since President Donald Trump took office vowing to take a tougher U.S. stance against Iran.
Based on reporting by Reuters and IRNA
--- ---
...

‘It’s the Persian Gulf, not Gulf of NY’: Rouhani schools US as Iranian... 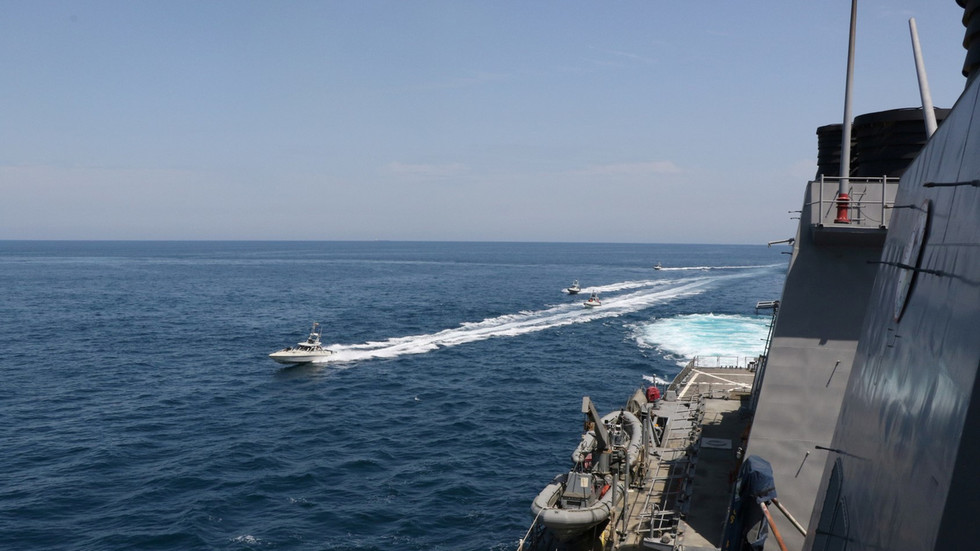 rt.com 30/04/2020 Politics
American forces will get a heavy response if they cause trouble in a gulf that is historically linked to Persia, not to the US, Tehran has warned, a ...View Details»