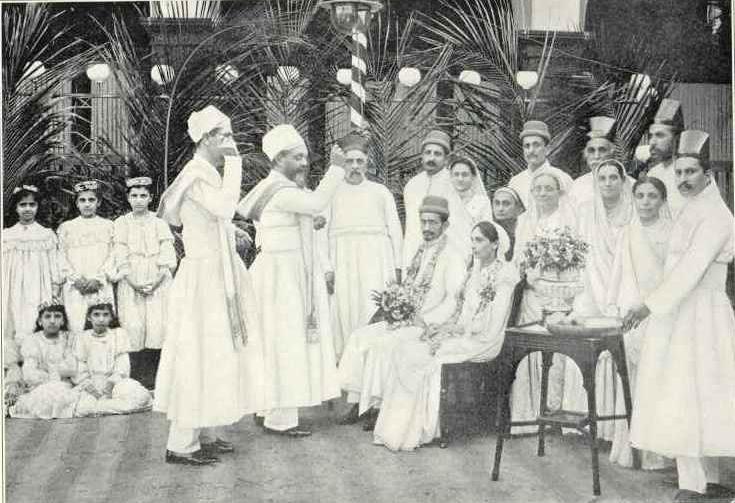 Syed Akbar | TNN | Jun 14, 2017, 10.11 PM IST
HYDERABAD: It is now genetically official. Parsis are genetically closer to the Iranians, indicating that they migrated to India from Iran about 1,200 years ago.
An international research study involving scientists from India, Pakistan, Estonia, and the UK has revealed that "Parsis are genetically closer to the ancient Neolithic Iranians, followed by present day Middle Eastern (Iranian and Caucasian populations)".
This is the first time that scientists have genetically proven that Parsis in India have migrated from Iran. "It provides further evidence of sex-specific admixture and prevailing female gene flow from South Asians to the Parsis," said Dr Kumarasamy Thangaraj, principal scientist from the city-based Centre for Cellular and Molecular Biology (CCMB). Dr Thangaraj is part of the international team of researchers, who examined hundreds of thousands of genetic markers to arrive at the conclusion.
"The fertility and mortality rates have steadily declined over the past century, thus making Parsis vulnerable. Till date there has been no extensive study on the Parsi population of India. The researchers filled the lacuna by analysing the contemporary Indian and Pakistani Parsi population and ancient biological remains of the Parsis excavated at Sanjan in Gujrat, the place of initial settlement. The study was published in the scientific journal, Genome Biology on Wednesday.
The researchers said that Parsi population is one of the tiniest ethno-religious communities of India, with around 57,264 members as per the recent census. They trace their origins to Persia (Iran). And this claim has now received a scientific backing.
"We have done extensive analysis using mitochondrial, Y chromosomal and autosomal DNA markers to trace the origin of the Parsi population of the Indian sub-continent and found that they genetically admixed with the Indian population about 1,200 years ago, suggesting that the first Zoroastrian might have arrived in India about the same time period," Thangaraj said.
He said the results are consistent with the suggested migration of the Parsi populations to South Asia during 8-10 century CE. "It is also in agreement with their assimilation with the local South Asian population `like sugar in milk'. In a wider context, in addition to reconstructing the population history of Parsis, our study also showed a major impact of population rearrangements in West Asia due to Islamic conquest," the researchers said.
Though the study only reiterates what has been found in studies over the years, it gains significance as the researchers used extremely modern techniques to prove the basis.
CCMB director Dr Rakesh K Mishra said this is the first successful ancient DNA study from India, which in combination with comparisions of contemporary populations, provides strong support for the Persian origin of the Parsi population.

iranian.com 15/05/2017 Culture
A religion deemed in decline but a vibrant culture now gone global burgeons and thrives! by Davood Rahni There remains much heated discussion with tre...View Details»