There Is No Justice In America For Black People Killed By Cops...
yahoo.com 18/06/2017 Politics

By Julia Craven
HuffPostJune 17, 2017
Valerie Castile looks at a photo button of her son Philando during a press conference on the state Capitol grounds in Saint Paul, Minnesota, July 12, 2016. (Eric Miller / Reuters)
It’s happening again.
I have to write about Philando Castile, the 32-year-old black man who was shot and killed by a Minnesota police officer last July. I have to compose myself, sit at this laptop and write something profound about another black life taken by a police officer, another officer found not guilty for killing a black person.
And, you know, I have nothing much to say.
On Friday, St. Anthony police Officer Jeronimo Yanez was found not guilty in Castile’s death. In audio recording from just before the encounter, Yanez can be heard saying: “I’m going to stop a car. I’m going to check IDs. I have reason to pull it over. The two occupants just look like people that were involved in a robbery.”
“The driver looks more like one of our suspects, just ’cause of the wide-set nose,” Yanez continues. He later confirmed that he believed Castile matched the description of a suspect, something cops often say about black men.
Yanez pulled the car over. Things escalated. Yanez shot seven times into the vehicle. He thought Castile was reaching for his weapon, a gun that Castile was licensed to carry and that he had informed the officer about moments before. Castile’s girlfriend, Diamond Reynolds, says he was reaching for his wallet. She began filming on her phone. The resulting video, with Castile bleeding to death on camera as Reynolds calmly complies with the officer’s screamed instructions, is impossible to forget.
The officer was placed on leave. The officer was charged. And now, nearly a year later, the officer is acquitted and goes home to his family, unlike his victim.
It’s almost textbook.
our legal system is not constructed for the charging and conviction of police officers who kill people - no matter the circumstances
— Wesley Lowery (@WesleyLowery) June 16, 2017
there is pretty much nothing a cop can do to a black person—on tape or otherwise—and not get away with
— Vann R. Newkirk II (@fivefifths) June 16, 2017
This feels like collective ptsd. The stress of being black in America and not knowing whether you'll come home alive.
— Tanzina Vega (@tanzinavega) June 16, 2017
At least 991 people were shot and killed by police in 2015, and no officers were convicted. Video footage showed the questionable deaths of Terence Crutcher, Tamir Rice and Freddie Gray, to name a few. But that also didn’t lead to any convictions.
Justice Department investigations into police departments nationwide ― most notably in Baltimore, Chicago, Cleveland and Ferguson, Missouri ― have found widespread systemic issues and evidence of officers routinely violating the rights of citizens.
Like a number of black people, I am traumatized by this ― to the point where I expect there to be no justice, no ramifications, no fucks given when a black person is killed by a police officer. Every time this happens, my stomach twists into knots. I want to scream, but I can’t.
When I think about how Castile, an elementary school cafeteria worker, was pulled over 46 times before the traffic stop that took his life, I get angry. Actually, I get pissed the hell off. I am tired. I am sick. And it hurts to think that Castile could have been my father, my boyfriend, my brother, my cousin or my nephew, who just started driving this year.
But I also feel selfish for turning inward and thinking about all the black men close to me when I see Castile’s mother, Valerie, on national television: gripped with righteous anger, but fighting back the pain long enough to get her point across.
“The system continues to fail black people,” she said Friday after the verdict. “My son loved this city, and this city killed my son. And the murderer gets away! Are you kidding me right now?”
“We’re not evolving as a civilization,” she added. “We’re devolving. We’re going back down to 1969.”
It sure seems like it.
If you're always angry about politics, sign up for bruh., a sporadic newsletter by Julia Craven.
powered by TinyLetter
This article originally appeared on HuffPost.
http://www.huffingtonpost.com/entry/philando-castile-no-justice_us_59444c46e4b0f15cd5bb6415?ncid=edlinkushpmg00000313
---I have to write about Philando Castile, the 32-year-old black man who was shot and killed by a Minnesota police officer last July. ---
...

The Tamir Rice decision shows that in America, black people are just a... 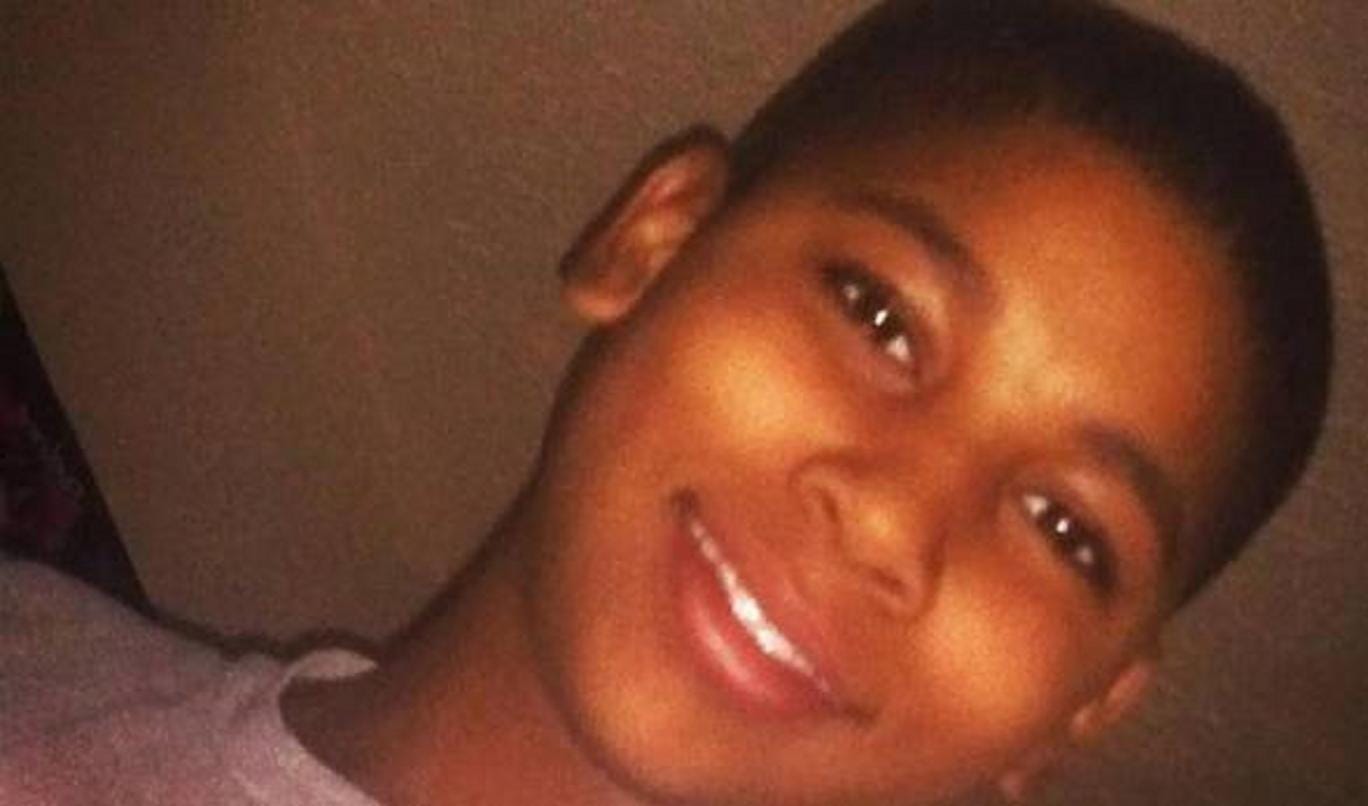 2015: The Year Police Killings in America Were Counted | Common Dreams...

US protesters march against police slayings of black men...