Temperatures in Iranian city of Ahvaz hit 129.2F (54C), near hottest on Earth in modern measurements 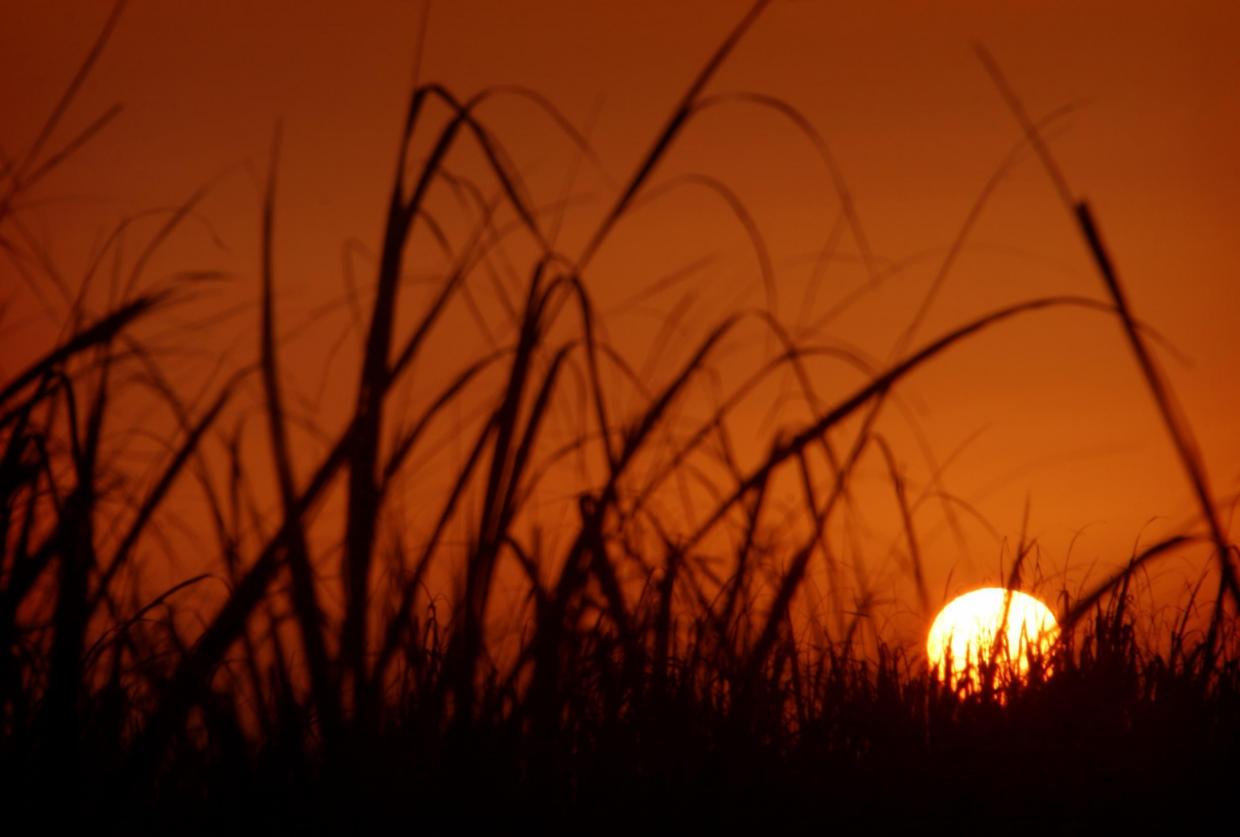 
For the reading Ahvaz posted on Weather Underground to stand and match the highest modern global temperature, it will require review by the World Meteorological Organisation
James Samenow
The sun rises over the Iranian city of Ahvaz which posted the hottest temperature ever recorded on Thursday

* * * A city in southwest Iran posted the country’s hottest temperature ever recorded on Thursday afternoon and may have tied the world record for the most extreme high temperature.
Etienne Kapikian, a forecaster at French meteorological agency MeteoFrance, posted to Twitter that the city of Ahvaz soared to 53.7C (128.7F). Kapikian said the temperature is a “new absolute national record of reliable Iranian heat” and that it was the hottest temperature ever recorded in June over mainland Asia. Iran’s previous hottest temperature was 127.4F.
Weather Underground’s website indicates the temperature in Ahvaz climbed even higher, hitting 129.2F (54C) at both 4:51pm and 5pm local time.
If that 129.2F reading is accurate, it would arguably tie the hottest temperature ever measured on Earth in modern times.
Christopher Burt, a weather historian for Weather Underground, has exhaustively analysed world temperature extremes and determined the 129.2F readings posted in Mitribah, Kuwait, on 21 July 2016, and Death Valley, California, on 30 June 2013, are the hottest credible temperature measurements that exist in modern records.
Officially, Death Valley set the record for the hottest temperature ever recorded on Earth on 10 July 1913, soaring to 134F (57C). But Burt posted a devastating critique of that measurement in October 2016, concluding it was “essentially not possible from a meteorological perspective”, and that the weather observer committed errors.
For the 129.2F reading Ahvaz posted on Weather Underground to stand and match the highest modern global temperature, it will require review by the World Meteorological Organisation.
The scorching temperature reading was brought about by a dome of heat centred over the Middle East.
The excessively hot air over Ahvaz, a city of 1.1 million people, felt even more stifling due to high humidity. As the temperature climbed into the high 120s, the dew point, a measure of humidity, peaked in the low 70s; a high level for the desert location (due to air flow from the Persian Gulf, to the south). The heat index – a measure of how hot it feels factoring in the humidity – exceeded 140F. This combination of heat and humidity was so extreme that it was beyond levels the heat index was designed to compute.
In the Persian Gulf city of Jask, Iran, about 800 miles southeast of Ahvaz, the humidity was even more suffocating. The dew point on Wednesday morning hit 91.4F. Dew points above 90 are quite rare. The highest dew point ever measured on Earth is 95F (35C), set at Dhahran, Saudi Arabia, on 8 July 2003.
Thursday marked the second straight day of record heat in Ahvaz. On Wednesday, it hit 127.2F (52.9C), breaking the record for Iran’s hottest June temperature, only to be exceeded the next day.
These Iranian temperature extremes come just a month after several locations in the Middle East recorded their hottest May temperatures during another exceptional heat wave.
On 28 May, the western Pakistani town of Turbat hit 128.3F (53.5C), tieing the all-time highest temperature in that country and the world record temperature for May, according to Weather Underground meteorologist Jeff Masters.
At the same time Masters reported that at the military base of Konarak, in eastern Iran, the temperature reached 127F, “destroying the record of the highest temperature ever recorded in May in Iran (50.5C in Bostan in May 1999)”.
All of these record-breaking temperatures in recent years, including Thursday’s reading in Ahvaz as well as those set in Kuwait and Death Valley in 2016 and 2013, represent temperature extremes consistent with what climate scientists expect to see in a warming world.
The National Academy of Sciences published a report in 2016 that said worsening heat waves are among the weather events that can be most easily connected to human-caused climate change.
A study published in the journal Nature Climate Change in 2015 cautioned that by the end of the century, due to climate change, temperatures in the Middle East may become too hot for human survival.
Washington Post
--- ---
...

Many populated cities in the Persian Gulf may be uninhabitable by the ...

albanydailystar.com 31/03/2016 Nature
Temperatures in the Persian Gulf could reach levels by the end of the century that would be extreme for most people, making some of the poorest region...View Details»