Matt HamiltonContact Reporter
Ali Razi fled Iran in 1978, came to Los Angeles, and found a place where he could thrive. He traced much of his success and that of others here to one core principle: freedom.
On Tuesday — the Fourth of July — the prominent developer, now 77, was on hand to unveil a new public art installation in Los Angeles, the Freedom Sculpture, which Razi and others in the Iranian American community hope will be a beacon for the world.
“America is great because of all the beautiful cultures brought by immigrants,” Razi said. When people drive by the sculpture along Santa Monica Boulevard, he said, he hopes they ask: “What is this freedom? This shared dream is based on what?”
Artist and designer Cecil Balmond agrees it is a symbol of timeless values of freedom and tolerance. Balmond, whose proposal was chosen from among more than 300 others as the design for the $2.2-million sculpture, said the pair of gold and silver cylinders set atop rings is to be seen at speed.
“I know Santa Monica Boulevard well,” said Balmond, who lives in Britain and has completed large public art installations around the world. “As you drive by at 30 to 40 miles an hour, you feel the script moving. It’s not static….. When you move past, it’s alive.”
Production of the sculpture was organized by the Farhang Foundation, an L.A.-based nonprofit organization, and the unveiling was part of the inaugural Freedom Festival, a nightlong block party that featured live music, food and fireworks. The Farhang Foundation promotes the study and appreciation of Iranian art and culture. Organizers said they hope the Freedom Festival becomes an annual event.
The sculpture is a permanent addition to the median at Century Park East, about a block from the Westfield Century City Mall and at the gateway to Beverly Hills. The area is home to many from a sizable diaspora of Iranian Americans in Southern California. Community groups estimate that about 500,000 Iranian Americans live in the region, the largest enclave outside Iran.
The 20,000-pound piece is set upon travertine stone and was built entirely in the U.S. It is the newest addition to Century City — a neighborhood of towering office buildings — but it traces its inspiration back 2,500 years to the Cyrus Cylinder, which was unearthed by the British Museum in 1879.
The 9-inch barrel is inscribed with the story of Cyrus, the king of Persia, and his conquest of Babylon. The artifact is seen as a testament to how Cyrus brought justice and peace to Bablyon.
Razi, the founding chairman of the Farhang Foundation, said the Cyrus Cylinder carries special symbolic weight on the Fourth of July.
“This conqueror, rather than killing or stealing, let people practice their own religion. He was the first to put together a multinational empire based on freedom of religion,” Razi said.
Funding for the sculpture came from a large crowdfunding campaign that saw contributions from about 1.1 million supporters from around the world, said Farhad Mohit, the founding vice chairman of the foundation. Organizers did not want one or two wealthy donors underwriting the project, Mohit said.
“It’s led by Iranian Americans but it represents much more than that. We wanted the sculpture to be in the heart of Los Angeles,” Mohit said. “Los Angeles embodies diversity in its ideal form. All beliefs and religions belong together here in a beautiful place.”
The event in Century City was not the only show of diversity in Los Angeles’ celebration of the holiday. In downtown Los Angeles’ Grand Park, hundreds of people milled across closed streets, snapping selfies with sno-cones or perusing food trucks selling grilled cheese and pizza.
Natalie Ayala, 15, stood in the center of a closed First Street with her mom and two sisters, soaking it all in. The Fourth of July symbolized freedom and independence, she said, but also something else.
“America is so diverse,” she said. “I think it represents that too.”
Back in Century City, a crowd of thousands enjoyed musical performances and a mix of Persian food and local favorites such as Van Leeuwen ice cream.
Elham Sadegh, 38, made the trek from Salt Lake City after she heard about the festival and sculpture unveiling on Facebook. Sadegh, who emigrated from Iran to the U.S. two years ago, said she was excited to be among fellow Iranians and ring in the Independence Day festivities. The sculpture, she said, was a way of commemorating Persian history while celebrating life here.

Ali Razi fled Iran in 1978, came to Los Angeles, and found a place where he could thrive. He traced much of his success and that of others here to one core principle: freedom.
“We came here for freedom,” Sadegh said. “Everybody loves freedom.”
--- ---
...

Cecil Balmond on his sculpture for Santa Monica Boulevard and why it h... 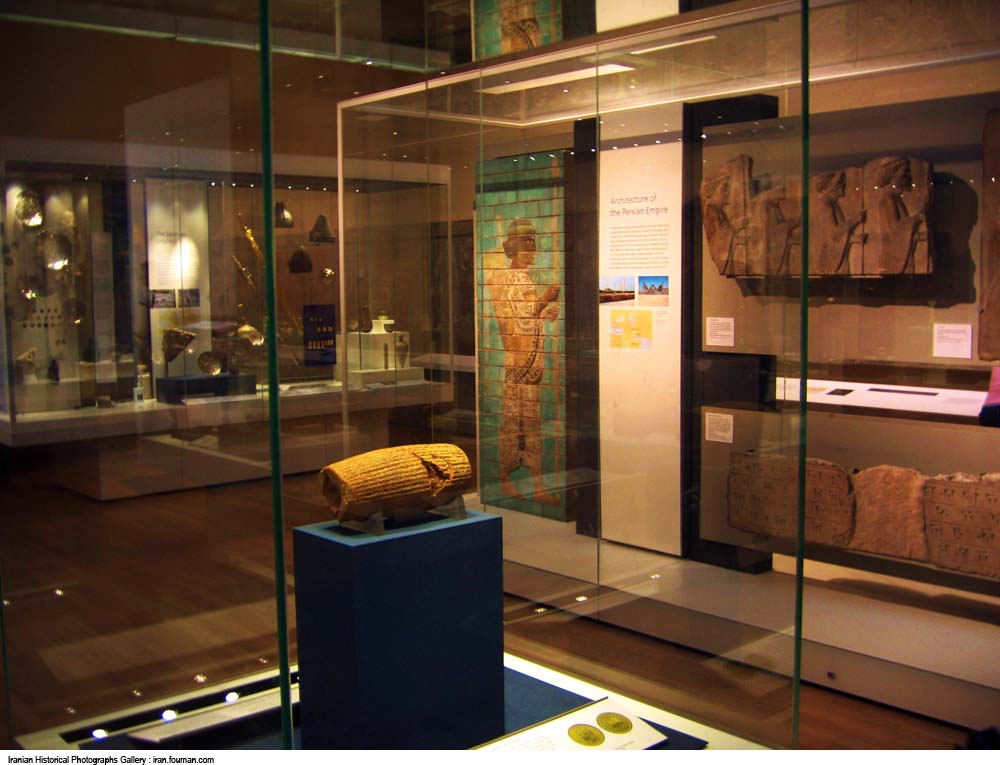