Decades after alcohol ban, Iran admits it has a problem

Decades after alcohol ban, Iran admits it has a problem...
irishtimes.com 13/09/2017 Culture 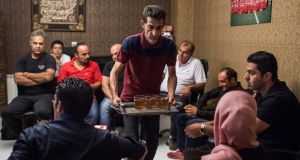 
For most of his life, alcohol rehab for Mehdi consisted of regular stretches in prison and lashings that left dark marks on his back. Now, at 36, he has prematurely gray hair, but, with the help of an Alcoholics Anonymous group, he swears he has finally stopped drinking.
In recent years, Iran, where alcohol has been illegal since the 1979 revolution and is taboo for devout Muslims, has taken the first step and admitted that, like most other nations, it has an alcohol problem. The change in attitude began in 2015, when the health ministry announced that it would order addiction treatment centres to open wards for alcoholics.
Since then, while there have been no elaborate ribbon-cutting ceremonies, the owners of dozens of the nation’s private clinics and government institutions say they have opened help desks and special wards for alcoholics. The government has also allowed a large and growing network of Alcoholics Anonymous groups, modelled after those in the United States, to operate around the country.
President Hassan Rouhani, who came to power in 2013, has been trying to insert realism into Iran’s often strict ideology. The decision to open more alcohol treatment clinics came from his health ministry, and reflects the way many social changes are introduced in Iran: quietly ordered and carried out by local governments under the radar.
The relaxing of prohibition has allowed addicts like Mehdi to emerge from the shadows and embrace a new circle of friends – recovering alcoholics – who greeted him as he entered a west Tehran apartment one recent evening. “I’ve given up the bottle for 12 days now,” said Mehdi, a computer specialist who requested anonymity because of the stigma still attached to alcoholism in Iran. To cheers and hoots, he added: “This is a big step for someone who was drunk most of the time.”
The government is even running public campaigns warning Iranians not to drink and drive, something it never would have done in the past. Along roads leading to the Caspian Sea, a favourite holiday destination, billboards showing bottles of whiskey and crashed cars surprised many. The Iranian police still organise media events where bulldozers squash thousands of bottles and cans confiscated from smugglers. But in contrast to the past, when the official line was that there was no drinking problem because no one drank, they now provide officers with breathalysers.
Changing realities
The change in attitude by those in power is driven by changing realities in Iranian society. Official statistics show that at least 10 per cent of the population uses alcohol in the Islamic country. For some among the country’s urban middle classes, drinking has become as normal as it is in the west. The Iranian news media have reported that those Iranians who do drink tend to do so more heavily than people even in heavy-drinking countries like Russia and Germany.
One reason is that alcohol is relatively easy to procure. There are alcohol suppliers anyone can call, and they will deliver whatever you want to your doorstep. Dealers receive their goods through a vast illegal distribution network that serves millions with alcohol brought in from neighbouring Iraq.
To some extent, the sheer availability of alcohol is driving the changes in official attitudes. “These days there is so much alcohol available, simply punishing everybody and using force is no longer working,” said Reza Konjedi (36) a former alcoholic who runs several Alcoholics Anonymous support groups in Tehran.
“Drinking and bootlegging used to be viewed as equal crimes, and people would be lashed for being abusers. Now, security officials, the municipality, they all view alcoholics not as criminals, but as patients who need treatment.” 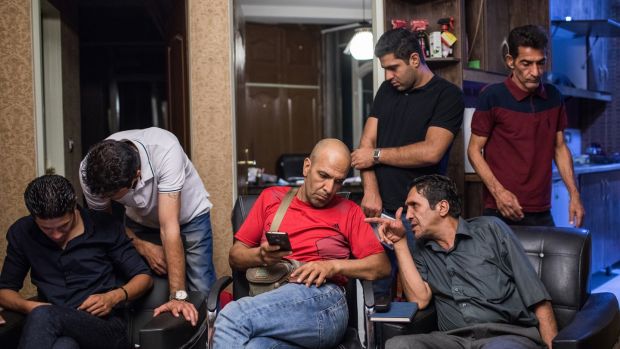 * * * Before the revolution, Iran’s national spirit was aragh sagi, or “dog spirit”, which was distilled from raisins and contained 65 per cent ethanol. It remains popular and is typically sold in four-gallon jerrycans.
Bootlegging is also a major problem; dozens of people die from alcohol poisoning every year after consuming low-quality moonshine – 135 in 2013, the latest year for which official statistics are available. In July, after three people died and dozens were poisoned in the city of Sirjan, a former police chief went so far as to publish an open letter calling for an end to the taboo on alcohol.
Mehdi was brought into the group by Konjedi, after nearly a decade of run-ins with the law. He said he drank to forget. “Money problems,” he said. “The economy is not good here. Whenever I would feel pressure, I would get a bottle and drink it.”
‘Cure my disease’
Konjedi’s wife, Samin – they met through AA – said she needed at least two meetings a day to prevent her from taking up the bottle. “It’s like chemotherapy,” she said. “I constantly need a dose to cure my disease.”
AA and another group, Aware Anonymous, sponsor groups across the country, Konjedi said, adding that there were dozens in Tehran alone and over 1,000 nationwide. A week earlier we met around 7 am at a regular AA meeting in a municipal building in the western part of town. Next to the room, which was provided rent-free, were a kindergarten and a room for Koran classes. Inside were 15 men and women who nearly every day would meet to help one another stay sober.
“Local governments across the country are asking for our help, and facilitating our groups, because they are seeing that our work is effective,” Konjedi said. The only thing lacking is an official permit, something even groups fighting drug addiction have. That is because the Koran mentions the evils of wine but has nothing to say about drugs. “In Islam alcohol is seen by some as more dangerous than drugs,” Samin said. “This while many in the society see drugs as being much worse.”
In fact, some Iranians, especially in larger cities, view alcohol as something completely normal. On a recent midweek evening, eight Iranians met at a rooftop, where the red wine, vodka and aragh sagi flowed freely. One guest said he had been arrested recently for drunken driving and was now awaiting lashings. Another said he, like many others, had developed liver problems because of regular drinking. Some people joked that they were alcoholics.
Konjedi said that he had seen the number of people with alcohol problems increase over the years, from a decade ago when he himself was homeless and drinking hard. “We need more billboards, more groups, to help them,” he said.
He did not want to comment on whether the nearly 40-year prohibition was the best way to prevent people from drinking. “At least our officials are now taking the right steps to deal with those who are suffering,” Konjedi said. “We should be happy with that.”
New York Times service
---Opening of addiction centres reflects effort to insert realism into country’s strict ideology ---
...