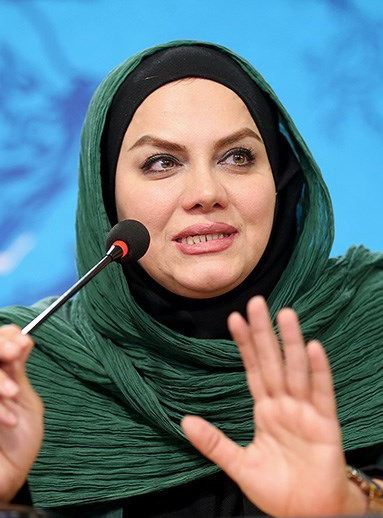 Parisa Hafezi
ISTANBUL (Reuters) - Iran’s first Oscar-nominated female director has challenged President Donald Trump to watch her film to see if its portrayal of ordinary Iranians’ experience of war and revolution will change his views of her country.
The U.S. president has called Iran a “terrorist nation” for involvement in conflicts in the Middle East, and derided an international deal that scrapped sanctions on Iran in return for curbs on what many in the West believe was a nuclear weapons program.
Narges Abyar’s Farsi-language film “Nafas” (Breath) follows a young girl, Bahar, living through the changes that follow Iran’s 1979 Islamic Revolution and the start of the Iran-Iraq War in 1980 with her impoverished family.
Her greatest fear is losing the chronically asthmatic father who is bringing her and her three brothers and sisters up on his own, and she spends much of her time making sure that he is still breathing. Bahar’s devout grandmother, far from being kindly, punishes her for refusing to go to Koran school.
The film and Abyar’s Oscar nomination have angered hardline conservatives in Iran’s establishment, who call the Iran-Iraq war the “Sacred Defense” and consider the movie anti-Islamic.
“Three thousand (Iranian) children were killed during the war. Why should I not show all these?” Abyar told Reuters in an interview. “This film promotes peace.”
She said it could also “help American society ... to understand that Iranians are not terrorists, as claimed by some politicians”.
“Trump is using the language of threat against Iran ... what will he think if he watches Nafas? Will he continue to threaten Iran?”
“I WISH I WERE A BOY”
The film’s anti-war message runs alongside an exploration of what it means to be a woman in Iran, where Abyar lives and works.
“I chose Bahar because ... I wanted the world to understand all the limitations an Iranian girl faces ... Bahar was even banned from playing with her male cousin at a certain age ... At one point, Bahar says: ‘I wish I were a boy’,” Abyar said.
“Outsiders may think it is the influence of the establishment or the religion, but it is not. It is the culture ... and even many women in Iran believe that men are more capable than women, and women should have fewer rights than men.”
To follow in the footsteps of her male compatriot Asghar Farhadi, winner of the Oscar for Best Foreign Language Film category in 2012 and 2016, would for Abyar be a recognition of her struggle against sexism in her industry and wider society.
“In Iran, like many other countries, women are disdained, considered second-class citizens ... As a woman, if you want to produce new ideas and be successful, you have to fight.”
Iran’s women are among the most highly educated in the Middle East and allowed to do most jobs, glass ceilings permitting. But under its Islamic legal system, they have fewer rights than men in areas including inheritance, divorce and child custody, and are subject to travel and dress restrictions.
Abyar said she had hoped for more from the pragmatist president, Hassan Rouhani, who owed his 2013 and 2017 election victories in great part to women voters encouraged by his promises of social and cultural liberalization.
“Women’s situation has improved a bit in Iran,” she said. “But I was expecting improvement in more areas.”
Abyar encountered less pressure than expected from the authorities to censor parts of her film, but added: “I cannot say that the government defended me when the film was criticized by hardliners.”
--- ---
...