Russian cemetery in Tehran: From Shah’s photographer to emigrants who fled 1917 Revolution 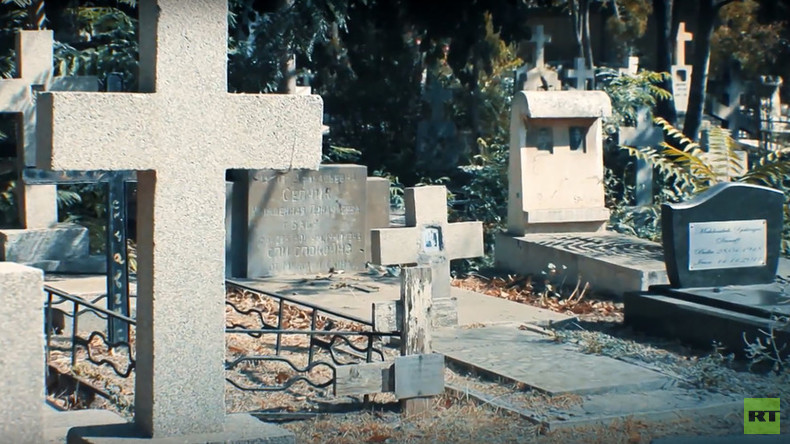 An over 100-year-old Russian cemetery in Tehran is the resting place for many, including those who fled the 1917 Revolution bloodshed, and Soviet soldiers who died in Iran during WWII. Some Russians buried there left a prominent mark on Iran’s history.
Located in the heart of the Iranian capital, the graveyard was founded more than a century ago, in 1894, by members of the then-sizeable Russian community. Initially created for Russian expatriates who lived in Iran in the late 19th century, it also became the resting place for many who settled in the country following the Russian Revolution of 1917.
The revolution, exacerbated by the bloody civil war that lasted five years, forced out hundreds of thousands, some of whom went to Iran. However, few of them went to Tehran. Most preferred to settle in the northern parts of the country bordering the territories of the former Russian Empire that were subsequently reclaimed by the Soviet Union.
During World War II, Soviet troops were deployed to Iran to secure transport routes from the Persian Gulf to the USSR. Those who died in Iran while performing their duty were laid to rest in this cemetery as well, next to those who had fled the Soviet regime during the revolution or afterwards.
Some of the Russians buried here were not just distinguished members of the Russian expatriate and emigrant community, but also played a prominent role in Iranian history. RT visited the cemetery to remember some of them.
Russian officer-turned-architect, who built mosques in Iran
One such prominent Russian was Nikolay Markov. Born in a family of Russian aristocrats in 1883, Markov became an officer in the Imperial Russian Army and took part in World War I. Soon after the revolution, he found himself in Iran, where he joined the Persian Cossack Brigade, established by Russians in the 19th century.
After his resignation, Markov, who was educated in engineering and architecture, founded his own architectural bureau in Tehran and constructed dozens of buildings. Among his numerous creations are the Ministry of Finance, Ministry of Defense, Ministry of Justice, the General Post Office, the Italian Embassy, and the Qasr Prison – one of the oldest political prisons in Iran, which is now a museum. He also built eight mosques, including the Fakhr al-Dawla and Amin al-Dawla, and the Russian Orthodox Church of St. Nicholas.
Russian photographer with access to Shah’s harem
Another renowned Russian man who is buried in the Russian cemetery is Antoin Sevruguin, who was born in 1830 into the family of a Russian diplomat in Tehran. He was one of the main photographers of the then-ruling Qajar dynasty’s shah, Naser al-Din, and had a popular studio in the city. According to some sources, he was also one of the first photographers in Iran.
Sevruguin photographed the royal court, as well as ordinary people and their lives in the second half of the 19th and first decades of the 20th century. The photographer was given the title of ‘Khan’ and was permitted to enter the Shah’s harem to take photos, which was extraordinary.
Nowadays, Mehdi Metanat, an Iranian national, takes care of the cemetery, as generations of his family did before him. “My father and grandfather did this job for fifty years. I’ve been here for forty years, and I’m very familiar with the place,” he told RT, adding that he has seen 10 ambassadors who came to commemorate the deceased.
The caretaker also told RT that the resting place has few visitors now, with less than 50 people coming regularly to honor their relatives. Most descendants of the Russian emigrants have since left Iran for Russia.
RT has been running a large-scale historical project on the Russian Revolution, offering a unique historical reenactment on Twitter with dozens of figures, including Lenin and Nicholas II, as though the social media platform had been available to them. To learn more, turn to Twitter and check out the hashtag #1917LIVE. Twitter users can also join in the reenactment, creating their own accounts of people who lived at that time and sharing tweets with the hashtag #1917CROWD.
--- ---
...