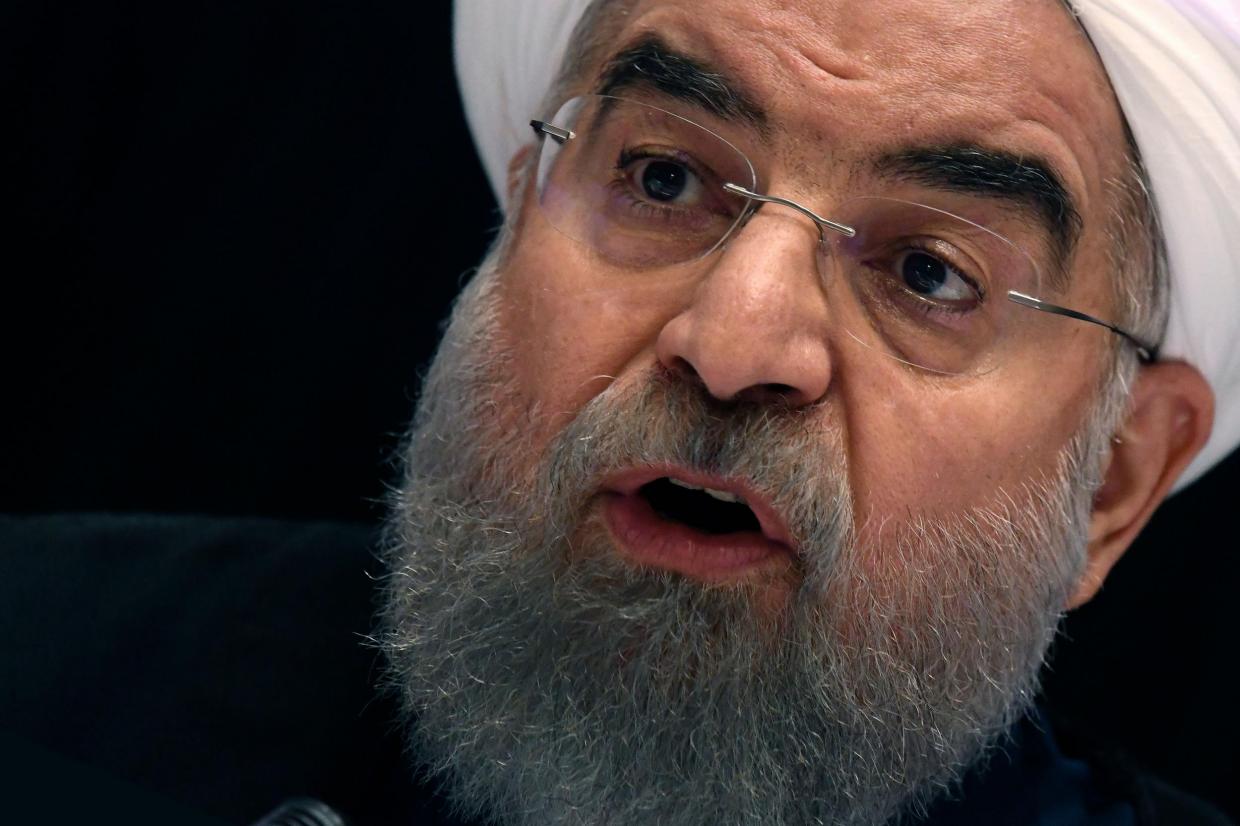 * * * Iranian President Hassan Rouhani has declared the end of Isis in an address broadcast live on state TV.
A senior commander of Iran’s Revolutionary Guards, Major General Qassem Soleimani, also declared the end of the jihadist group operating in Syria and Iraq in a message published on Tuesday on Sepah News, the Guards' news site.
The Revolutionary Guards' statement also thanked its ally, Lebanese militant group Hezbollah, for its "decisive" role in the fight.
Iranian militias have helped shore up Syrian President Bashar al-Assad's rule since 2014 against both moderate opposition and extremists in the civil war. At least 1,000 Iranian fighters, some of them Afghan refugee recruits, are thought to have died in the fighting.
Across the border in Iraq, Iranian-funded Shia militias form part of the US-backed Iraqi coalition which drove Isis out of its de facto Iraqi capital of Mosul in June and has almost succeeded in eliminating Isis as a land-holding force in the country.
In a televised speech from Beirut on Monday night, Hezbollah leader Hassan Nasrallah said that the group was ready to withdraw its troops from Iraq once the central government declares a decisive victory.
Both Rouhani and Nasrallah's comments come in the wake of an Arab League meeting in Cairo on Sunday in which Saudi Arabia called on the region to unite against Iran, its regional rival, over its "destabilising" role in the Middle East's many conflicts.
Tensions between Riyadh and Tehran are running high following a 4 November Houthi rebel ballistic missile fired from Yemen towards Saudi Arabia and the shock resignation of Lebanon's Sunni Prime Minister Saad Hariri, a move widely believed to have been orchestrated by the Saudi authorities.
President Rouhani said that the Houthis had launched the attack in response to "so much bombing" by the Saudi-led Arab coalition propping up Yemen's exiled government. He also called the regional organisation "old, worn-out, exhausted and ineffective."
President Rouhani will travel to the Russian city of Sochi on Wednesday to meet with with Russian President Vladimir Putin and Turkish President Recep Tayyip Erdogan for further talks on reducing violence in Syria through de-escalation zones, a strategy agreed earlier this year.
--- ---
...