U.S. has much to gain by warming up to Iran 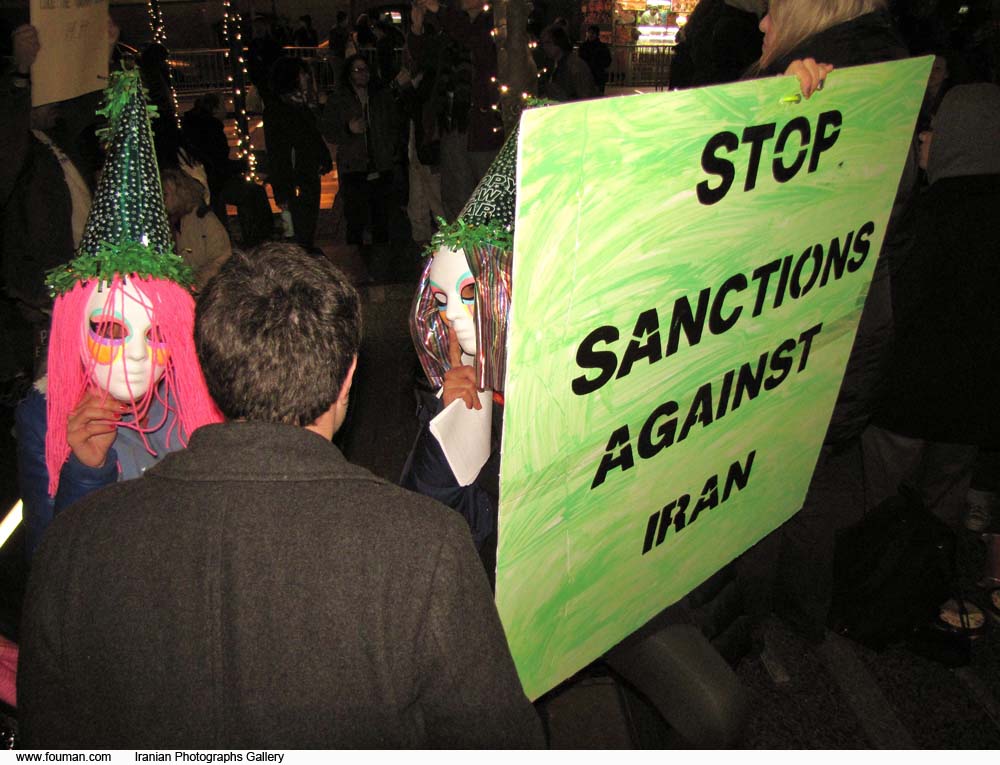 By Richard Pettigrew
For The Register-Guard
DEC 24, 2017
Let’s stop demonizing Iran. Our relations with that country in recent decades have been based on misunderstandings and habitual thinking. False stereotypes rule the common perception of Iran and its people. We need to reject those stereotypes and take a fresh look at this country, its people and its possible role in bringing peace and prosperity to the Middle East.
Along with five people from Eugene and five others, I recently returned from a 17-day tour of Iran, organized by my Eugene nonprofit, Archaeological Legacy Institute. This was a pleasant, exciting and eye-opening­ tour of ancient and medieval sites, which we will repeat in 2018.
All of the tour participants now are sharing our stories about a transformative experience. Contrary to the stereotypes, our welcome in Iran was enthusiastic and universal. We occasionally were mobbed by Iranians eager to meet us and take selfies with us. We felt entirely safe everywhere. The sites we saw were stunningly impressive, and our people filled a huge gap in their understanding of Middle Eastern history and geopolitical dynamics.
The contrast is sharp between what we saw and what is commonly believed in the West.
Iran has one of the largest populations in the Middle East, 80 million people, of whom more than half are younger than 35, born after the 1979 Islamic Revolution. Iran covers a huge area, between Turkey and Pakistan, sharing borders with both Iraq and Afghanistan. Iran is strategically the heart of the Middle East and lies at the cradle of civilization. The Middle East saw the world’s first farmers, cities, governments, written documents and declarations of human rights, and spawned most of the world’s major religions.
Justifiably, Iranians see themselves as inheritors of deeply rooted and widespread cultural traditions. Their interests extend beyond the borders of Iran, because history has created for them a sphere of influence stretching from the Mediterranean Sea to the gates of China. Over the millennia, they have suffered invasions from Greeks, Romans, Arabs, Seljuk Turks, Ottoman Turks, Mongols, Afghans, Russians and Iraqis, but retain a strong national identity encompassing substantial ethnic and religious diversity.
Iranians are not Arabs, but speak an Indo-European language (Farsi or Persian) related to English. Many people in countries from Syria to Tajikistan, including Afghanistan and Pakistan, speak Farsi or closely related languages. Iranians are civil, diplomatic and welcoming, with strong family values. Iran has a large and well-educated middle class. People there value democracy highly and vote in large numbers. They have a deep regard for human rights.
Although often accused of sponsoring terrorism, Iran and its people are deadly enemies of the Islamic State, the Taliban, al Qaeda, Boko Haram, al-Shabaab and other terrorist groups that follow a perverse form of Islam and are responsible for most worldwide terrorist attacks. Iran’s Shiite Islam is more liberal and open-minded than the stricter Sunni Islam of the Arab countries, which is why Shiite mosques are terrorist targets.
Further, many Iranians, especially young people, are not religious at all. Women are prominent in the work force, vote, hold public office and drive cars. We even saw a woman truck driver!
A key fact is that Iranians are inclined to be our friends — notwithstanding the concurrent fact that government pronouncements often are anti-Western, especially anti-American. A power struggle is ongoing there between the practical reformers, led by President Hassan Rouhani, and the hard-liner ideologues led by Supreme Leader Ali Khamenei and the Revolutionary Guard. Harsh and threatening anti-Iran statements by President Trump and others actually strengthen the hand of Iran’s hard-liners and work against the interests of Iran’s people, who want to free themselves from the hard-liner grip.
Effectively, Iran-bashers in the United States are the allies of the Iranian hard-liners, because both groups fear a warming of official relations that would mean the end of their political power. It’s politically dangerous right now to make pro-American public statements in Iran, just as it’s contrary to prevailing opinions to make pro-Iranian public statements here.
We have cooperative relations today with countries that are ideological and geopolitical adversaries, such as China, Vietnam, Russia and recently Cuba. Why must we remain hostile toward Iran, with its strategic geography and integral place in the fabric of the Middle East?
It’s time for the United States to reach out to Iran and begin a conversation about resolving historic disputes and building a common vision of the future. Warming of relations between the United States and Iran could be a path toward stability and prosperity in the Middle East.
Richard (Rick) Pettigrew is executive director of the Archaeological Legacy Institute, a Eugene nonprofit organization dedicated to using media in fostering cultural heritage.
--- ---
...