The humiliating condemnation of the US this week at the UN General Assembly over its Jerusalem policy revealed both Washington’s contempt for democracy and international law, and just how isolated America has become globally.
U.N. Votes On Jerusalem: This Is How Countries Voted The United Nation’s General Assembly has rejected the U.S. decision to recognize the city of Jerusalem as Israel’s de facto capital. The Assembly gathered in New York City earlier on Thursday to vote on a nonbinding resolution calling on countries not to move their embassies to the disputed city of Jerusalem.

* * * The overwhelming rejection of President Trump’s declaration of Jerusalem as the Israeli capital by 128 member nations at the UN is a signal event of how far US international standing has slumped.
Leader of the free world? More like a miscreant whose overbearing megalomaniacal ego is no longer tolerable to virtually everyone else.
Even close US allies among the NATO military alliance voted against Washington’s position. Britain, France, and Germany joined with other international powers, Russia, China, Japan, South Korea, India, and Brazil, to repudiate Trump’s decision taken earlier this month to recognize Jerusalem. 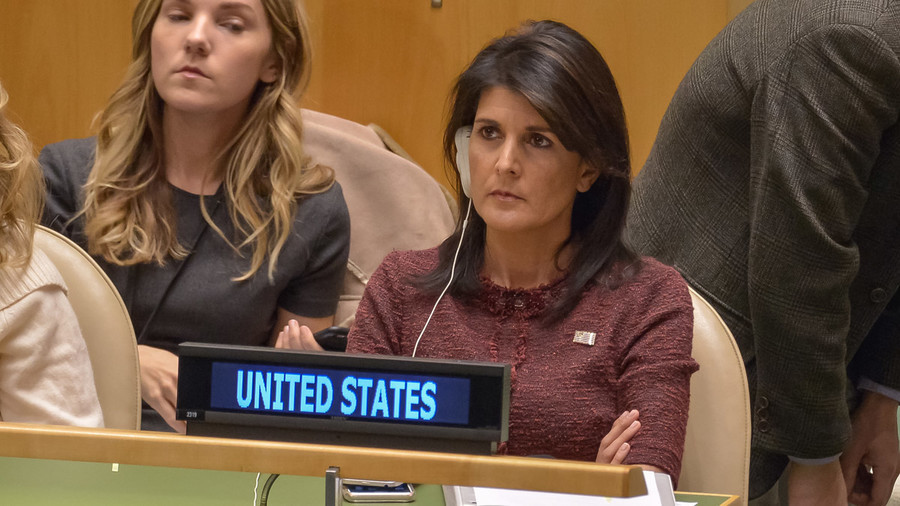