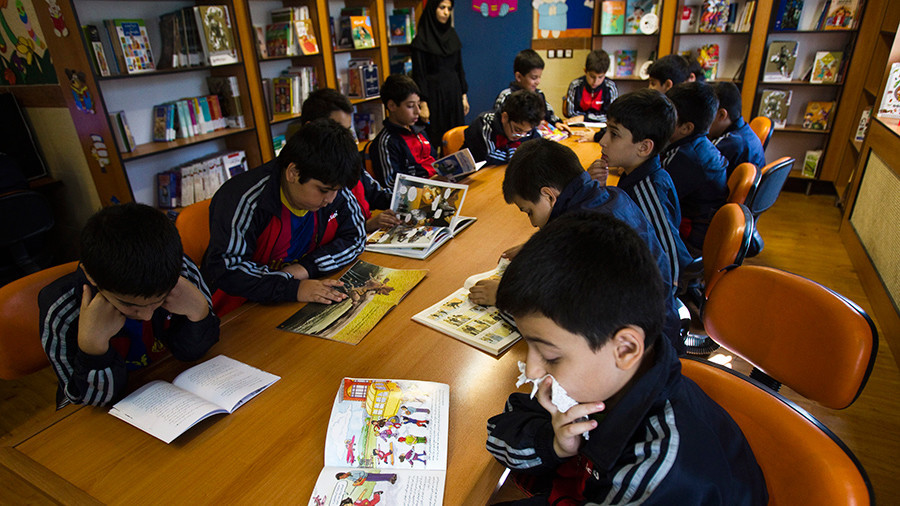 Iran has banned teaching English in primary schools, a top education official says. The move comes amid repeated calls from Tehran to put an end to the Western “cultural invasion” of the Islamic Republic.
“Teaching English in government and non-government primary schools in the official curriculum is against laws and regulations,” Mehdi Navid-Adham, head of the state-run High Education Council, said on state TV on Saturday. “This is because the assumption is that, in primary education, the groundwork for the Iranian culture of the students is laid.”
The authorities may also ban non-curriculum English classes, the official said. The video, featuring Navid-Adham speaking about the ban, was posted on Twitter by Fars.
...