Two Leading Figures of the Arts in Iran. Two Very Different Reactions to the Protests. 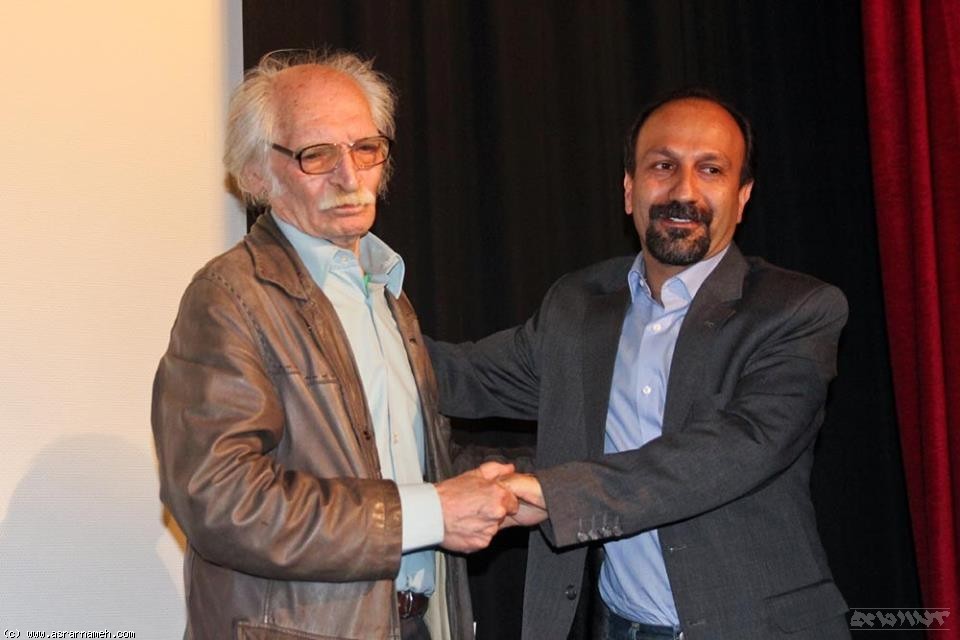 Posted 16 January 2018 17:42 GMT
Iranians like to boast that they come from a land of poetry and art. It isn't surprising, then, that socio-political movements in Iranian history are often accompanied by efflorescence in arts.
Asghar Farhadi and Mahmoud Dowlatabadi take a picture together at a celebration of the Director's Guild of the House of Theatre from 2011. Photo from Asrarnameh with intention to republish.

Arts renaissance in Iran, where criticism is expressed in metaphors - ...