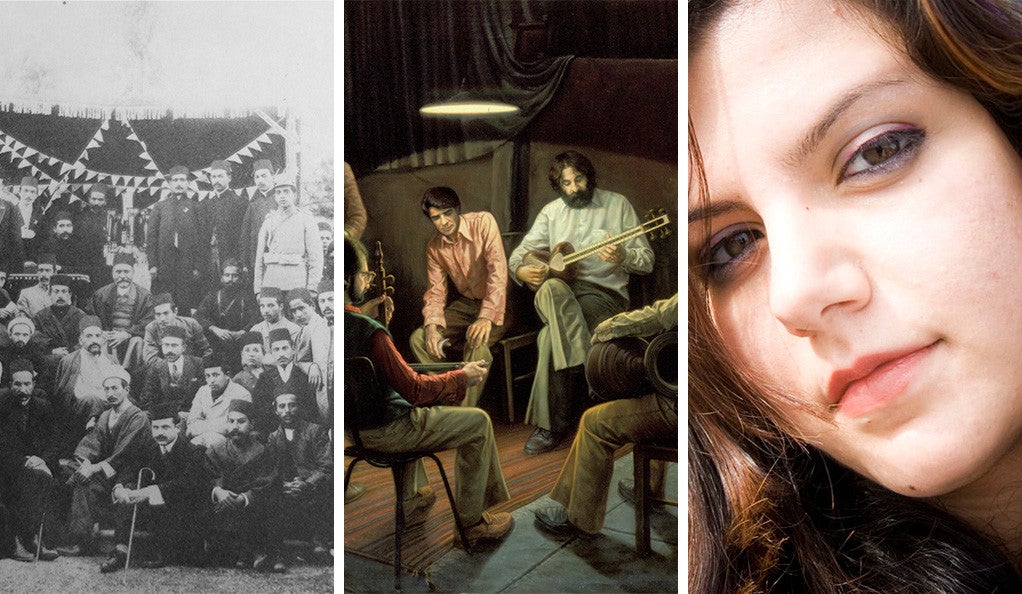 “Popular Music & Society in Iran: New Directions,” a two-day symposium examining the social and political significance of music in Iran, will take place at Yale University on Jan. 26-27.
Left to right: A group of Iranian men in a vintage photo, a painting by Iranian artist Iman Maleki, a photo of contemporary Iranian rapper and multi-media artist Salome MC (via Need4Change/Wikimedia Commons).

* * * “The political and sociological study of music in contemporary Iran is a growing field, and this event is the first of its kind to bring together researchers and academics working on the topic,” said symposium organizer Nahid Siamdoust, a postdoctoral associate and lecturer in Iranian studies at the Council on Middle East Studies at the MacMillan Center at Yale. “Our goal is to incorporate perspectives from musicians, recognizing the importance of including their voices in academic research on the subject.”
The symposium will feature six panels and three artist sessions, where the musicians will participate in an interview-style panel, and then perform a few pieces. The panels are: “Pop Music & State Policy in Safavid Iran;” “From Musicians in the Qajar Era to the Golha Radio Program;” “Discussion of the Persian Radif & Setar Performance by Amir Hosein Pourjavady;” “From State Policy on the Female Voice to Women Musicians’ Narratives;” “From the Sounds of Lalehzar to Emerging Trends in Tehran’s Musical Theaters;” “From Persian Hip-Hop to Music Education among Rockers;” and “From Diasporic Musical Impiety to New Musical Religiosities in Iran.”
The musician session on Jan. 26 will feature Salome MC, a multi-media artist and the first woman in Iran to make hip-hop music. Salome MC has released three music albums digitally and has added video art to her field of work after moving to Japan. She has given performances, exhibitions and screenings around the world.
Mohsen Namjoo, a singer/songwriter and music scholar hailed as “the Bob Dylan of Iran” by The New York Times, will headline the musician session on Jan. 27. 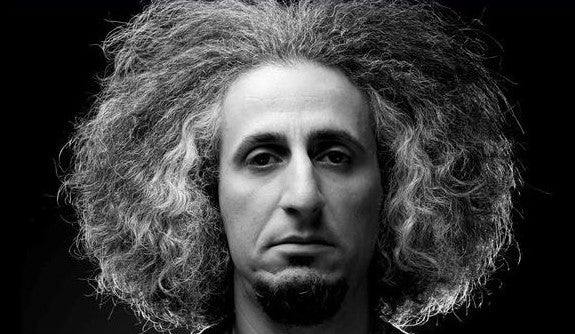 * * * Based in New York City, Namjoo seamlessly blends the classical Persian setar with electric guitar, and rock and blues vocal techniques with Persian avaz (singing), fusing the ancient with the contemporary. Since coming to the United States in 2011, Namjoo has been touring the world to sold out concerts at halls, including Palace of Fine Arts, San Francisco; Conservatorio Sala Verdi, Milan, Italy; and Disney Hall, Los Angeles. His latest album “Voices from the East” with Nederlands Blazers Ensemble was released in June 2017.
The symposium will take place in Luce Hall at the MacMillan Center, 34 Hillhouse Ave. It is free and open to the public. A full listing of the panel speakers, musician sessions, and times is available on the MacMillan Center’s website (PDF).
The symposium is sponsored by the Yale Program in Iranian Studies, Yale Institute of Sacred Music, and the Council of Middle East Studies at the Whitney and Betty MacMillan Center for International and Area Studies at Yale, with support from the Title VI National Resource Center Grants from the U.S. Department of Education.

Evening of Persian classical music to be presented... davisenterprise.com 08/02/2018 Fun
By Enterprise staff The classical music of Iran, known as radif, will be presented by two young musicians carrying on this musical tradition, at 7 p....View Details»