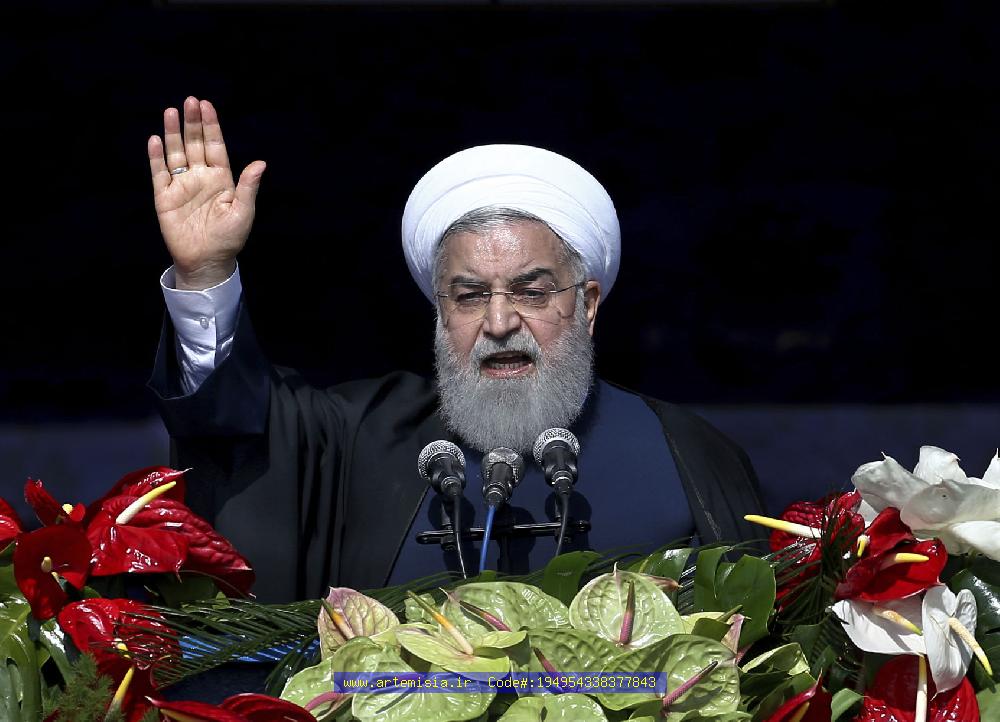 * * * Saeed Kamali Dehghan Iran correspondent
Sun 11 Feb 2018 16.42 GMT
Last modified on Sun 11 Feb 2018 22.00 GMT
Hassan Rouhani has said too many people have been alienated by Iran’s ruling establishment and proposed holding a referendum in an attempt to heal divisions in a country recently struck by an outburst of public discontent.
In a speech to mark the 39th anniversary of the 1979 Islamic revolution, the president called for unity and told thousands of flag-waving people at a rally: “When the revolution took place, we were all together and there were plenty of passengers on the train of the revolution; some of them wanted to get off the train themselves, and we got some of them off the train, whom we didn’t have to.”
Rouhani, who is at odds with hardliners, was speaking a month after protests over economic grievances spread spontaneously to as many as 80 cities, taking on a political dimension. The unrest resulted in the deaths of at least 25 protesters and jailing of more than 3,000 people, many of whom remain in prison.
Divisions in Iran’s political system have deepened and the opposition leaders Mir Hossein Mousavi and Mehdi Karroubi remain under house arrest. The leader of the country’s reformist movement, Mohammad Khatami, faces severe restrictions on his political movements and even the former hardline president Mahmoud Ahmadinejad has become outspoken about the state of the repression.
“Today, we need everyone, including principlists, reformists, moderates and everyone who recognises the constitution, for the country’s development and progress,” Rouhani said.
Advertisement
“The constitution should be our point of reference … If we disagree on some issues, we should refer to the article 59 [the constitutional article on holding referendums].”
Rouhani’s speech was largely aimed at his domestic audience, but he also talked about regional issues without directly addressing the confrontation over the weekend between the Syrian army and Iranian-backed forces, and Israeli fighter jets.
The moderate cleric dismissed concerns over Iran’s regional behaviour and credited his country for the retreat of Islamic State.
On the 2015 nuclear deal, under threat from Donald Trump, Rouhani said: “The Americans have so far attempted to eliminate this important regional and international agreement, but to date, they have failed. Today, I declare that our nation is committed to its pledges until the day that the other side does so.”
--- ---
...

msn.com 12/03/2019 Politics
BAGHDAD — Iranian President Hassan Rouhani was in Baghdad on Monday, making his first official visit to the nation that Tehran once fought a bloody wa...View Details»