Russia Gets Another Market for its Wheat After Deal With Iran

Russia Gets Another Market for its Wheat After Deal With Iran ...
bloomberg.com 08/03/2018 Import-Export 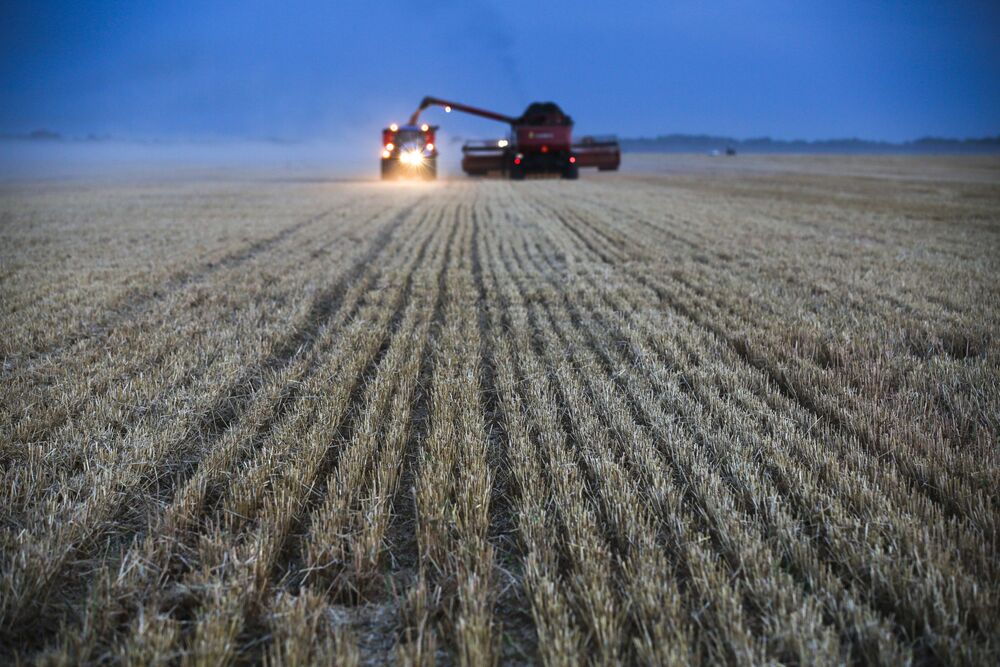 By Anatoly Medetsky
March 7, 2018, 2:05 PM GMT+3:30
Iran agrees to buy wheat from Russia, Kazakhstan over 5 years
Imports are only allowed for wheat to be re-exported as flour
A combine harvester operates as night falls during the wheat harvest in Novoalexandrovsk, Russia. Photographer: Andrey Rudakov/Bloomberg
Iran is giving Russia another market to offload its massive wheat harvest.
The Persian Gulf nation has agreed to buy the grain from Russia and Kazakhstan, and total shipments may reach as much as 1 million metric tons a year over the next five years, according to the Tehran Chamber of Commerce. The wheat can only be used to make flour for exporting, and a ban imposed in 2016 on wheat imports for domestic consumption remains in place.
“There is unused capacity at Iran’s flour mills,” Kaveh Zargaran, chairman of the agriculture committee at the Iranian trade organization, said in an interview in Moscow. Shipments may start at the end of next month if Iran’s private millers can obtain loans to buy the grain, he said.
Russia has been shipping out wheat at a record pace this season as the world’s top exporter offloads its biggest ever harvest. Attractive prices for the grain have helped the country grab market share from places like the U.S. and Europe, while Moscow has also been eyeing up new destinations such as Iran and Saudi Arabia. Russian Energy Minister Alexander Novak, who oversees trade with Iran, on Tuesday said he expects sales to Iran to reach 1.5 million tons a year.
Read more: Russia is exporting more wheat than any country in 25 years
Iran signed a memorandum of understanding with Russia and Kazakhstan on March 4 that laid out some details of the trade, Zargaran said. The agreement leaves in place a ban on imports of wheat for domestic use, which is designed to support local farmers, he said.
Iran has been encouraging flour exports, with the government amending some market rules last year, and is targeting more sales to places like Iraq and Afghanistan. Turkey, the second-biggest buyer of Russian wheat, now dominates Iraq’s market, Zargaran said.
— With assistance by Elena Mazneva
--- ---
...