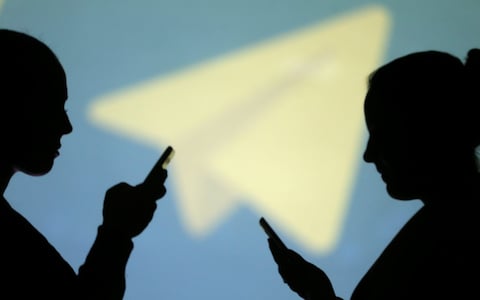 Russia's telecoms watchdog on Friday asked a Moscow court to block the popular messaging app Telegram, after a deadline for it to hand over encryption keys to security services expired.
Roskomnadzor said in a statement it had filed a lawsuit "demanding the limiting of access on Russian territory" to encrypted app Telegram.
Telegram's self-exiled Russian founder Pavel Durov has long said he will reject any attempt by the country's security services to gain backdoor access to the app.
The free instant messaging application, which lets people exchange messages, photos and videos in groups of up to 5,000 people, has attracted more than 200 million users since its launch in 2013.
Telegram is especially popular among political activists of all stripes, but has also been used by jihadists.
It comes after Iran reportedly moved to block the app on Saturday after a series of protests earlier this year believed to have been organised through the platform.
In September 2017 the FSB security service demanded encryption keys, Durov said, prompting a formal complaint when the request was rejected.
Durov wrote last year that the FSB's demands are "technically impossible to carry out" and violate the Russian Constitution which entitles citizens to privacy of correspondence.
Roskomnadzor's request is the latest move in a dispute between Telegram and the Russian authorities as Moscow pushes to increase surveillance of internet activities.
Last June, the watchdog threatened to ban the app for failing to provide registration documents. Although Telegram later registered, it stopped short of agreeing to its data storage demands.
Companies on the register must provide the FSB with information on user interactions.
From this year they must also store all the data of Russian users inside the country, according to controversial anti-terror legislation passed in 2016 which was decried by internet companies and the opposition.

---Russia's telecoms watchdog on Friday asked a Moscow court to block the popular messaging app Telegram, after a deadline for it to hand over encryption keys to security services expired. ---
...