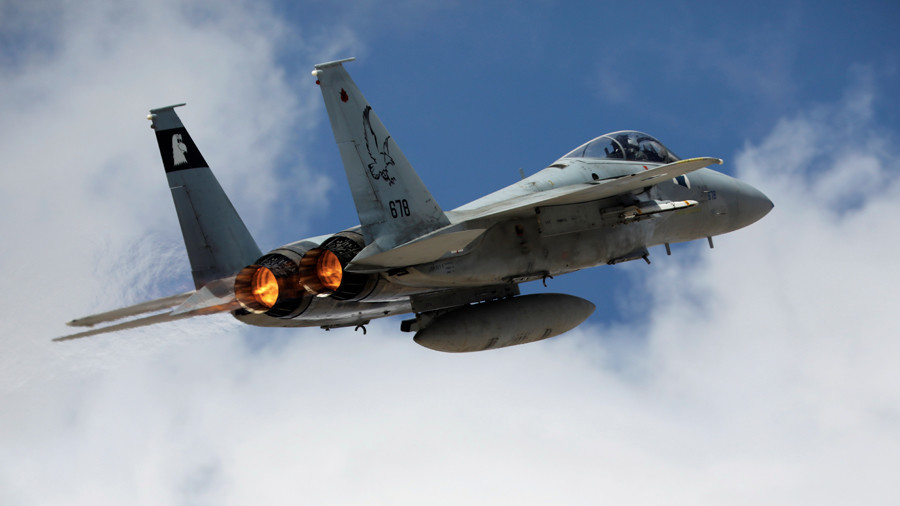 The attack on the Syria’s T-4 airbase in Homs province, which Russian military has linked to Israel, targeted Iran because Tel-Aviv wants to prevent its reinforcement in Syria, retired major general Amos Yadlin believes.
The incident was “part of the two colliding vectors: Iranian determination to entrench itself in Syria and Israeli resolve to prevent it,” Amos Yadlin, who headed the IDF’s Military Intelligence Directorate, wrote on Twitter. The major general published a series of social media posts after Sunday’s strike on a Syrian airfield in Homs. The Russian military said on Monday that two Israeli F-15s were involved in the attack, while the Israeli military has refused to comment.
The attack occurred after reports, including those from the jihadist-linked sources, blamed the Syrian authorities of orchestrating a chlorine attack in the militant-held town of Douma. The claim was firmly denied by both Russian and Syrian military, as well as specialists on the site of the alleged incident.
“The US has denied responsibility [for the strike on the airbase], while the target hit is connected to Iran and not to CW [chemical weapons],” the former intelligence chief said. He added that the move “may well serve two purposes… preventing Iranian entrenchment in Syria with advanced weaponry, and sending a moral message that using CW to commit mass murder is not acceptable.”
The strike on the T-4 airfield was the first reported incident of this kind since February, when the IDF struck the same military site after it claimed that an Iranian drone had crossed into Israeli airspace from Syria. In the course of the the cross-border escalation, Israel lost an F-16 fighter jet to enemy fire for the first time in 35 years.
Russia has been calling for a thorough investigation into the alleged chemical attack in Douma, while the US has already threatened consequences for the Syrian government. “We have a lot of options militarily, and we’ll be letting you know pretty soon,” US President Donald Trump said on Monday.
Meanwhile, Yaldin also refused to rule out “a US strike on regime targets,” which may include Syrian Army “helicopters and airplanes, enabling CW delivery, as well as Syrian air defenses, whose destruction will remind Assad of his vulnerability.”
--- ---
...