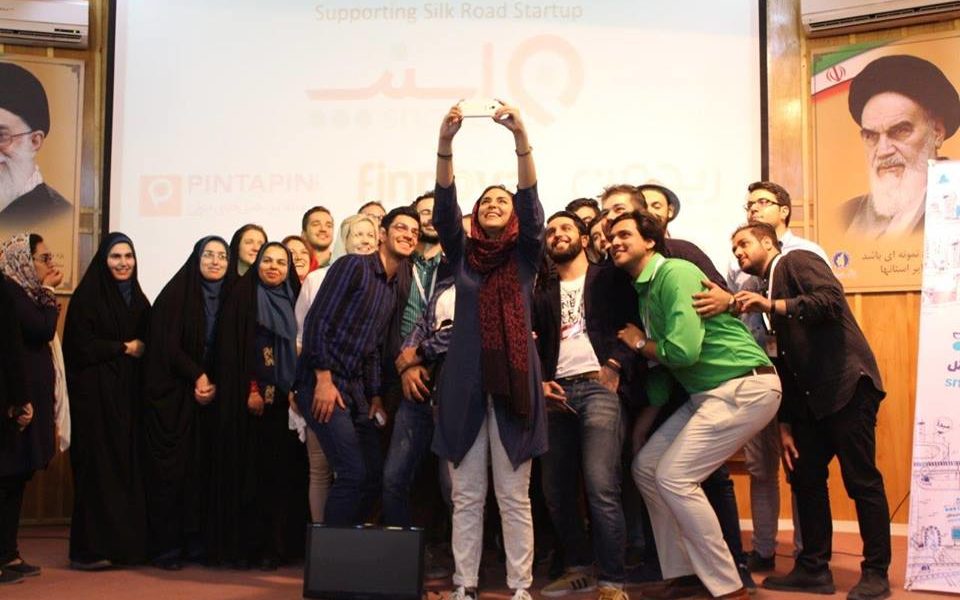 For the first time in its history, the country of Iran will hold an international startup conference. The Silk Road Startup Summit takes place April 18-19 on the island of Kish.
Iran’s first startup conference ever, the Silk Road Startup Summit, has invited 40 international speakers from 15 countries for the largest international B2B, invite-only, gathering in Iran to showcase the local startup ecosystem to international communities.
The Silk Road Startup Summit ran a call for startups from all over Iran. Over 400 startups applied to the challenge, and the top 84 startups who pitched during a seven-city, 4,000 km roadtrip were shortlisted.
After a series of pitch competitions, 16 finalists were accepted to participate at the finals in Kish, an island in the Persian Gulf.
The Summit in Kish is a mix of pitch competitions, keynotes, panels and workshops with many one-on-one sessions of matchmaking and VIP dinners to optimize the experience of the attendees.
International speakers will include Pioneers.io Co-Founder Jürgen Furian, 500 Startups Partner Marvin Liao, and Kei Shimada who is the Director of Innovation at IBM Innovation and Incubation Labs, among many others.
Silk Road Startup is also launching an online acceleration program Silk Road 100 for the selected teams where 16 mentors are allocated for each startup during 100 days. A number of webinars will also be held for all the 84 startups which previously pitched during the Road Trip.
According to a report by Reuters last October, Iran’s “startups and e-commerce apps are flourishing, driven by government infrastructure support and young Iranians educated both in the country and abroad. Some are even drawing foreign investment in a way that Iran’s dominant oil industry has yet to achieve since most international sanctions were lifted early last year under a nuclear deal with world powers.”
One of the major boosts to the startup ecoystem in Iran came in 2014 when Hamfekr was launched. Hamfekr, which means “someone who thinks the same way you do,” in Farsi, is the largest community of entrepreneurs in Iran. It is a non-profit weekly networking meetup that empowers entrepreneurs.
Hamfekr is present in 23 cities of Iran now, has more than 3,000 entrepreneurs in its network, and Co-Founder Hamidreza Ahmadi will also be a speaker at the Silk Road Startup Summit.
Another success was the launch of the first English-language tech publication, TechRasa, which is like the TechCrunch of Iran, and showcases all things startup-related.
Its mission “is to expose the activities of Iran’s startup ecosystem with the vision of empowering and inspiring Iranian entrepreneurs. TechRasa also aims to give startups the international exposure they need and to help promote Iranian entrepreneurs to become global stakeholders.”
Although sanctions against Iran had limited foreign investments, and the withdrawal of Google and Apple services had cut-off access to global tech powerhouses, the Middle Eastern country turned to innovation at home through an emerging startup ecosystem that was not afraid to reach out beyond its borders for inspiration.
However, sanctions were lifted in January, 2016. According to the World Bank, “The lifting of Iran’s economic sanctions is most beneficial to Iran’s economy. Its per capita welfare is expected to rise by 3.7 % mainly because of the lifting of the oil embargo imposed by the EU and the liberalization of cross-border trade in financial and transport services.”
Silk Road Startup Summit Co-Founder Moojan Asghari, wrote on Medium, “Since the sanctions have been relatively lifted, many people from corporations and VCs have started to show interests in Iran’s Tech scene.”
“I learned that real Entrepreneurs no matter where, are the same no matter where they are, and Iranian entrepreneurs have nothing less in terms of intelligence or determination. However, they are operating with less ressources and more limitations,” she expressed.
Asghari provided the framework with which Iran’s first startup conference would work towards:
1. Connect Iran and international communities by opening doors to other countries and using a common language which everyone in the world could speak which is English.
2. Give acces to network, education and financing to Iranian entrepreneurs: We’ve done that by mixing nationalities, skills and cultures to provide a great variety of success AND failure stories from a network of serial entrepreneurs and mentors that we’ve been building over the past 12 months. Also we have invited many international investors to join the event and discover this untapped market and finally we have launched a light acceleration program to educate our startups by online and offline workshops which will be much more complete for the next season.
3. Turn Iran into a startup hub in the region: We started this event with a small format and only open by invitation but our goal is to make it bigger every year. We want that one day people from all over the world come to Iran for Silk Road Startup in order to attend the most important startup event in the Middle East.
4. Raising the first generation of Iranian unicorns: There shouldn’t be a myth to build a unicorn if entrepreneurs get the correct resources and education to build what they are passionate about. That’s why our long term goal is to have great companies who have gone through our program and were discovered and valued at our event. If a company is supposed to become a real union, it has to target its growth internationally and Silk Road Startup is there to help them to scale.
By Tim Hinchliffe, a veteran journalist whose passions include writing about how technology impacts society and Artificial Intelligence. He prefers writing in-depth, interesting features that people actually want to read. Previously, he worked as a reporter for the Ghanaian Chronicle in West Africa, and Colombia Reports in South America. tim@sociable.co
--- ---
...

intifada-palestine.com 13/11/2013 Politics
By Finian Cunningham The French deal-breaking intervention at the P5+1 negotiation with Iran may have been motivated by France wanting to ingratiate ...View Details»