Europe faces a choice over Iran: uphold its values or surrender its credibility

Europe faces a choice over Iran: uphold its values or surrender its credibility...
euronews.com 07/06/2018 Politics 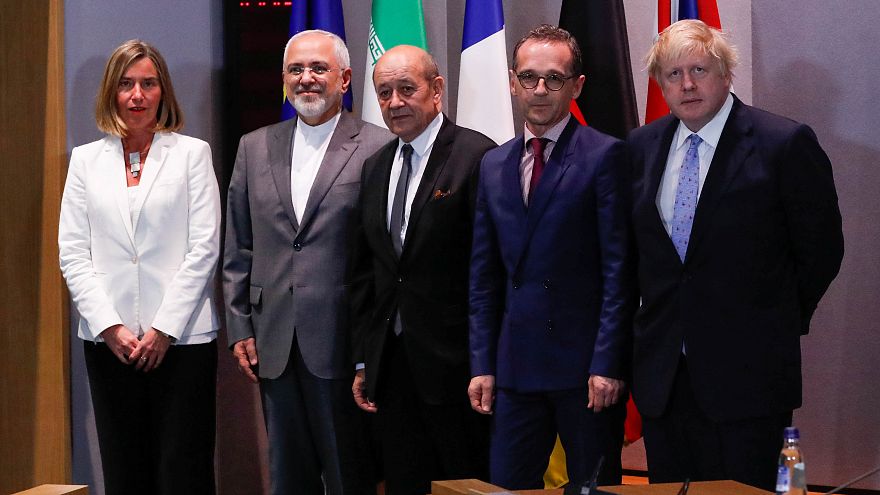 The withdrawal of the United States from the Iran nuclear deal framework – known as the Joint Comprehensive Plan of Action (JCPOA) – between Iran and the EU/E3+3, and the myopic support for this action received from some regional actors, has potential far-reaching consequences for international peace and security.
Since its withdrawal, the hawkish US administration is unremitting in trying to completely shut down the JCPOA, a goal which lies at the heart of its so-called grand strategy on Iran.
Europe cannot allow the genie of reckless unilateralism to be unleashed.
Peiman Seadat Ambassador of the Islamic Republic of Iran to the European Union
The fruition of years of intense multilateral diplomacy is now on critical life support. Without effective and timely intervention, the JCPOA will simply die. Farcically, the agreement may expire, exactly because it has worked so well, mainly due to Iran’s faithful compliance and restraint. In fact, the Trump administration was in violation of the terms of the deal since its first day in office. The Office for Foreign Asset Control (OFAC) of the US Treasury Department did not issue a single license; instead, it advised extra due diligence. The ill-intentioned tenor of recurrent uncertainties hindered major businesses and banks from engaging with Iran.
To be clear, the US unilateral withdrawal on its own does not kill the JCPOA. However, what does cause even greater alarm is that the party in defiance seeks to also extend its dominance to the Europe and other participants of the agreement. What steps should be taken, in particular by the Europe, to save the patient?
First, the principle of international multilateralism must be emphatically reaffirmed. For many historical, political and economic reasons, multilateralism remains core to Europe’s identity and cohesion. The withdrawal from the JCPOA is at the height of Trump’s vociferous assault on multilateralism. Following scrapping the Paris Agreement and moving the US Embassy to Jerusalem, he is now up to a full-fledged trade war, to name a few. Europe cannot allow the genie of reckless unilateralism to be unleashed.
Second, Europe must act according to its core values. Ever since the Marshall Plan, transatlantic ties have been a key force of Europe’s trajectory. The US withdrawal from the JCPOA has massively contributed to an unprecedented rift in transatlantic relations. Europe, however, appeared to try to ‘manage’ or ‘tame’ Trump. This approach proved to be futile, as the US President has seldom changed his stance due to consultation with allies in Europe. Even as Europe continues to think strategically and act according to its core values, the reality and magnitude of the damage President Trump inflicts might well lead to irreversible damage. The increasingly volatile situation in the Middle East is only one such example. Europe is faced with a choice. If Europe chooses, during the Trump Administration, to give priority to the transatlantic ties, it risks running against its very own principles and values, and only undermines its sovereignty and credibility.
Third, Europe and the remaining parties to the JCPOA must act to preserve the integrity of international law and of the UN. The deal was sealed and became part of international law by the UN Security Council Resolution 2231. Trump’s zeal to nullify Obama’s legacy comes at the cost of undermining the very principle of state responsibility in public international law.
Fourth, Europe must highlight the strategic value of the JCPOA for international and regional peace and security. President Trump does not seem to comprehend that killing JCPOA is to the detriment of security for everyone. Policies of bullying and intimidation only increase the likelihood of dangerous counter measures, with the potential to spiral into uncontrollable conflict. The JCPOA, in particular, continues to generate a momentum for engagement and dialogue towards defusing tensions in the Middle East. Europe and other remaining signatories should not give in to policies that are injurious for regional and international peace and security.
Fifth, JCPOA’s non-proliferation clause must be upheld. Practically, through the most stringent verification regime in its history, the IAEA has confirmed Iran’s compliance with the JCPOA on eleven separate occasions. Pushing a successful non-proliferation regime towards economic collapse can only lead to disaster. Such actions simply encourage disengagement and, moreover, undermine the credibility and core competencies of the nuclear watchdog, the IAEA. For strategic reasons, Europe and the remaining signatories need to preserve the non-proliferation prominence of the agreement.
Sixth, Europe needs to acknowledge and reward Iran’s compliance with the agreement. Iran has been the complaint, not the violator. JCPOA can survive without the singular party in withdrawal, but it cannot endure without Iran. Rather, it is Iran’s trust which needs to be regained. Expressions of commitment are essential and in place. This needs, however, to be complemented by deliverable guarantees of Iranian economic gain, as warranted under JCPOA, and will now require extra and time-bound efforts by Europe and the remaining agreement parties.
Iran’s self-restraint to date should not be misinterpreted. Iran cannot be expected to implement an unbalanced deal. In the absence of concrete guarantees and reassurances from Europe and the remaining participants, upon its ongoing preparations, Iran has no choice but to explore its own options to act in accordance to its national interests.
The JCPOA is a strategic stabilizer for regional and international peace. But to rescue and preserve its existence, Europe and the remaining signatories must choose cohesive and timely action.
Peiman Seadat is ambassador of the Islamic Republic of Iran to the European Union
--- ---...