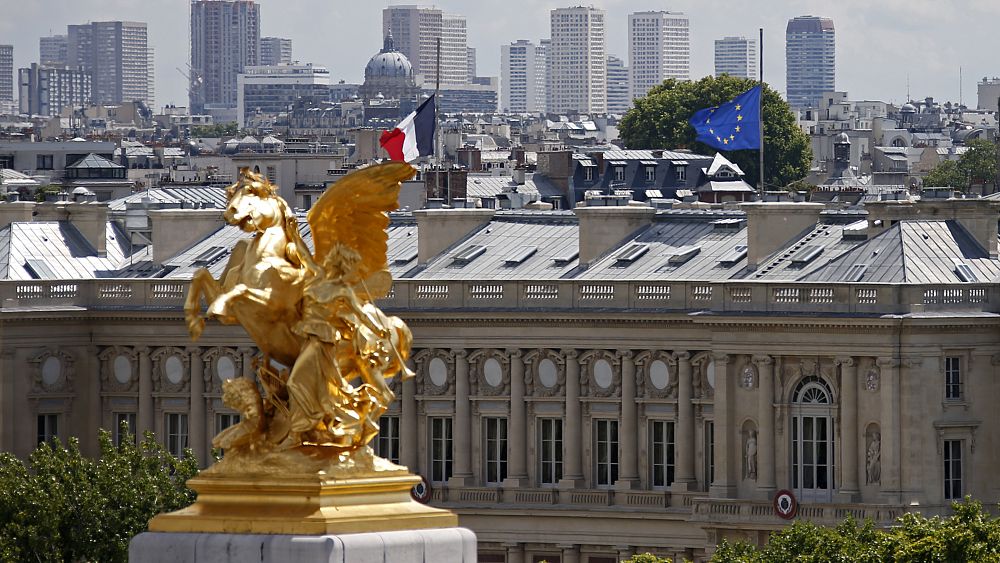 PARIS (Reuters) – France on Thursday rejected Iranian accusations that it backs an exiled opposition group that was the possible target of a bomb plot near Paris last week, saying an investigation would determine the real sponsors of the planned attack.
Iran’s foreign ministry on Tuesday summoned envoys from France, Germany and Belgium in protest at the arrest of an Iranian diplomat in Germany in connection with the alleged plan to bomb the annual National Council of Resistance of Iran (NCRI) rally on the outskirts of Paris on June 30.
It also accused France of supporting the group, which seeks the overthrow of the Islamic Republic and is classified by Tehran as a terrorist organisation.
The French foreign ministry confirmed on Thursday that its ambassador had been summoned on July 3 following the rally, but dismissed any suggestion that it supported the NCRI.
Iranian authorities “were reminded that France supports neither the ideology, objectives nor activities of the PMOI. However, having been removed from the European list of terrorist organisations, this organisation can carry out, like any other association, activities, as long as they do not undermine public order”, a French diplomatic source told Reuters.
French judicial sources said on Wednesday they had received a request from Belgium to extradite a man of Iranian origin who was arrested in Paris on suspicion of links to the plot.
Belgium is investigating two Belgians of Iranian origin arrested on Saturday. Five hundred grams of the homemade explosive TATP and a detonation device were found in their car, according to Belgian investigators.
An Austria-based Iranian diplomat is also being held in Germany in connection with the alleged bomb plot.
“On the planned attack at Villepinte (just outside Paris), an investigation is in progress. It will have to determine the real sponsors of this projected attack,” the French diplomatic source said.
Iran has said it had nothing to do with the plot, which it called as a “false flag” operation staged by figures within the NCRI, an umbrella bloc of opposition exiles that seek an end to almost 40 years of Shi’ite Muslim clerical rule in Iran.
French officials have declined comment on the matter saying its nature is unclear and extremely sensitive.
The People’s Mujahideen Organization of Iran is the main component of NCRI. The group, also known by its Persian name Mujahideen-e-Khalq, was once listed as a terrorist organisation by the United States and the European Union but not since 2012.
Tehran has long called for a crackdown on the NCRI in Paris, Riyadh, and Washington. The group is regularly criticised in state media.
(Reporting by John Irish; Editing by Mark Heinrich)
--- ---...