Iran Waits With Mach 14 Missiles While The US Collapses

Iran Waits With Mach 14 Missiles While The US Collapses ...
fromthetrenchesworldreport.com 30/07/2018 Politics 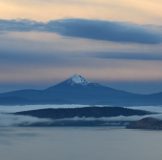