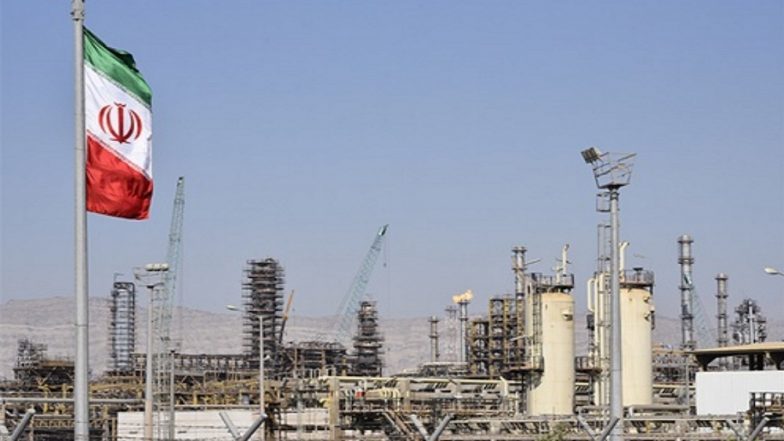 World
By Marisha Dolly Singh Aug 05, 2018 10:35 AM IST
The U.S. has been unable to persuade China to cut Iranian oil imports, according to two officials familiar with the negotiations, reports Bloomberg. Beijing has, however, agreed not to ramp up purchases of Iranian crude, according to the officials, who asked not to be identified because discussions with China and other countries continue.
Bandar Abbas Gas Condensate Refiner in Iran (Photo: shana.ir)

* * * Bloomberg said China’s ministries of Foreign Affairs and Commerce didn’t immediately reply Friday to faxed requests for comment.
Francis Fannon, U.S. assistant secretary of state for the Bureau of Energy Resources, was recently in China to discuss sanctions, Bloomberg said, citing a U.S. government official.
China’s stand of rejecting U.S.’ demand is a blow to President Donald Trump’s efforts to isolate the Islamic Republic after his withdrawal from the 2015 nuclear accord. The U.S. also said that it would exert "maximum economic and diplomatic pressure" on other countries to stop buying crude oil from Iran.
Washington imposed a series of additional sanctions on Iranian entities and individuals, as well as foreign companies in Iran, squeezing Iran economically.
In June, the U.S. state department said that countries buying oil from Iran should bring down to zero their Iranian crude imports by the time Washington re-imposes sanctions on November 4.
Iranian President Hassan Rouhani has warned the U.S. against any attempt to stop Tehran's oil trade, threatening to block the strategically important Strait of Hormuz.
Iran is one of India’s top suppliers of crude oil. After the re-imposition of sanctions, New Delhi had asked to be exempted but the Trump Administration refused. The U.S. has told all countries, including India to stop their oil imports from Iran by November 4 or face sanctions for carrying out any transaction with Tehran as there would be "zero" waivers to any country.
Iran's oil import could emerge as a major topic of discussion between India and the U.S. during the rescheduled 2+2 dialogue in September.
--- ---
...