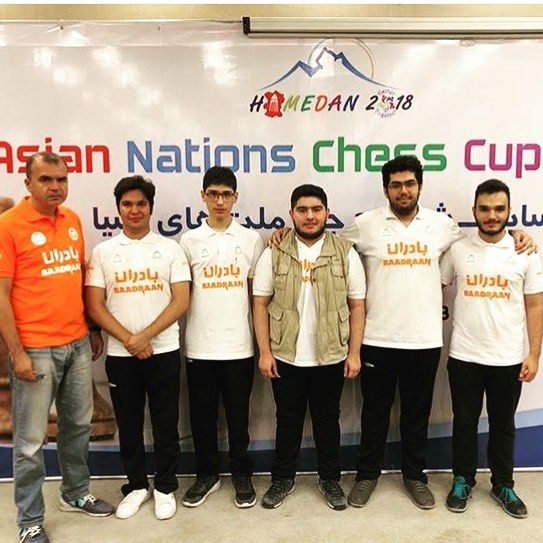 
By Rakesh
Aug 5, 2018, 8:58 AM |
17 |
Chess Event Coverage
Iran Green (Iran's A team) convincingly won the Asian Nations Cup 2018, three match points ahead of second-place India in the open section. China won the women's section, with a round to spare.
The Asian Nations Cup 2018 was held at Hamadan, Iran from July 26-August 4, 2018. As stated in the official regulations, the open section had less than sixteen teams, so it would be played as a seven-round Swiss-system, while the women's section had less than ten teams, so it would be a round robin event. This event was already making headlines in the chess world long before it had started, as Indian WGM Soumya Swaminathan had objected to the required hijab and boycotted the event.
Open Section:
Rating-wise India was the top seed even though they fielded their B team, along with China, as half of the Chinese A team was playing at the Danzhou Masters in China. Iran (as hosts) fielded three teams with names of the colors on their flag, (Iran Green, Iran Red and Iran White).
The young Iran Green team was expected by many experts and fans to create a flutter, but they went a step further and demolished the opposition by scoring 13 match points out of a possible 14 in seven rounds. They did it all without losing a single match. The average age of the Iranian Green team was an incredible 18.8 years!
The victorious young Iranian Green Team with coach GM Ivan Sokolov. | Photo: Asian Nations Cup.

* * * The Iranians started with a bang. Their youngest player, 15-year-old GM Alireza Firouja played an exceptional game to tactically outwit his opponent from Bangladesh.
India started as the top seed, but they were missing the services of ex-World Champion Vishy Anand, GM P. Harikrishna and GM Vidit Gujrathi (who was also playing in Danzhou). They started slowly by drawing against Uzbekistan who were also keen to keep up with the trend by fielding a young team. The average age of their top 4 players was only 17.25 years!
The other favorites, China, who had also sent a B team, started well with two wins. Then in round three, they went down fighting to the eventual winners by a score of 1-3. The match was largely decided on the top board as Iran's board one beat his Chinese counterpart GM Lu Shanglei with the black pieces.
Round four was a crucial round to determine the standings in this seven-round event. Leaders Iran Green took on second-placed India. The winner of this match would have one hand on the trophy already.
With draws on the other three boards, it all boiled down to the game on board three.
Even after this match win, Iran Green didn't stop their dominance. They beat Vietnam and then the young boys conceded a solitary draw to fellow Iranian team ~ Iran Red (friendly draw, maybe?).
In the last round, they blanked out Iraq with a 4-0 score to record one of the most dominating continental team championships victory in history. The entire team combined lost only one game (GM Tabatabaei Amin vs. GM Kazhgaleyev Murtas of Kazakhstan). They scored 20.5/28 games.
With the gold medal already pretty much decided, three other teams were fighting it out for the silver and bronze medals. After the penultimate round, China was in sole second place with 9 points, while Kazakhstan and India were tied at 8.
In the last round, China was paired against Kazakhstan, while India played Iran White.
The China-Kazakhstan was a topsy-turvy affair that ended in a 2-2 deadlock, this opened the floodgates for India, as they crushed Iran White with a score of 3.5-0.5 to leapfrog China, into second place and win Silver. China had to be content with Bronze, leaving Kazakhstan empty-handed.
Women's section:
The women's section was an eight-team round-robin event. China started as the heavy favorites and lead from start to finish. They won their first six matches consecutively as they stream rolled their opponents and then took a breather with draws on all boards in the last round. They pocketed their Gold medals with a round to spare.
China defeated their nearest rivals, second-place Vietnam and third-placed India, in round one and two respectively.
With the scores tied 1.5-1.5, it all came down to this round one, board one match.
The non-Chinese teams found themselves fighting for the silver and bronze medals. When favorites India and Vietnam clashed in round five, it was the Vietnamese team who pulled through with a score of 2.5-1.5. Vietnam consolidated their silver while India (who played a mixed A & B team) settled for bronze. 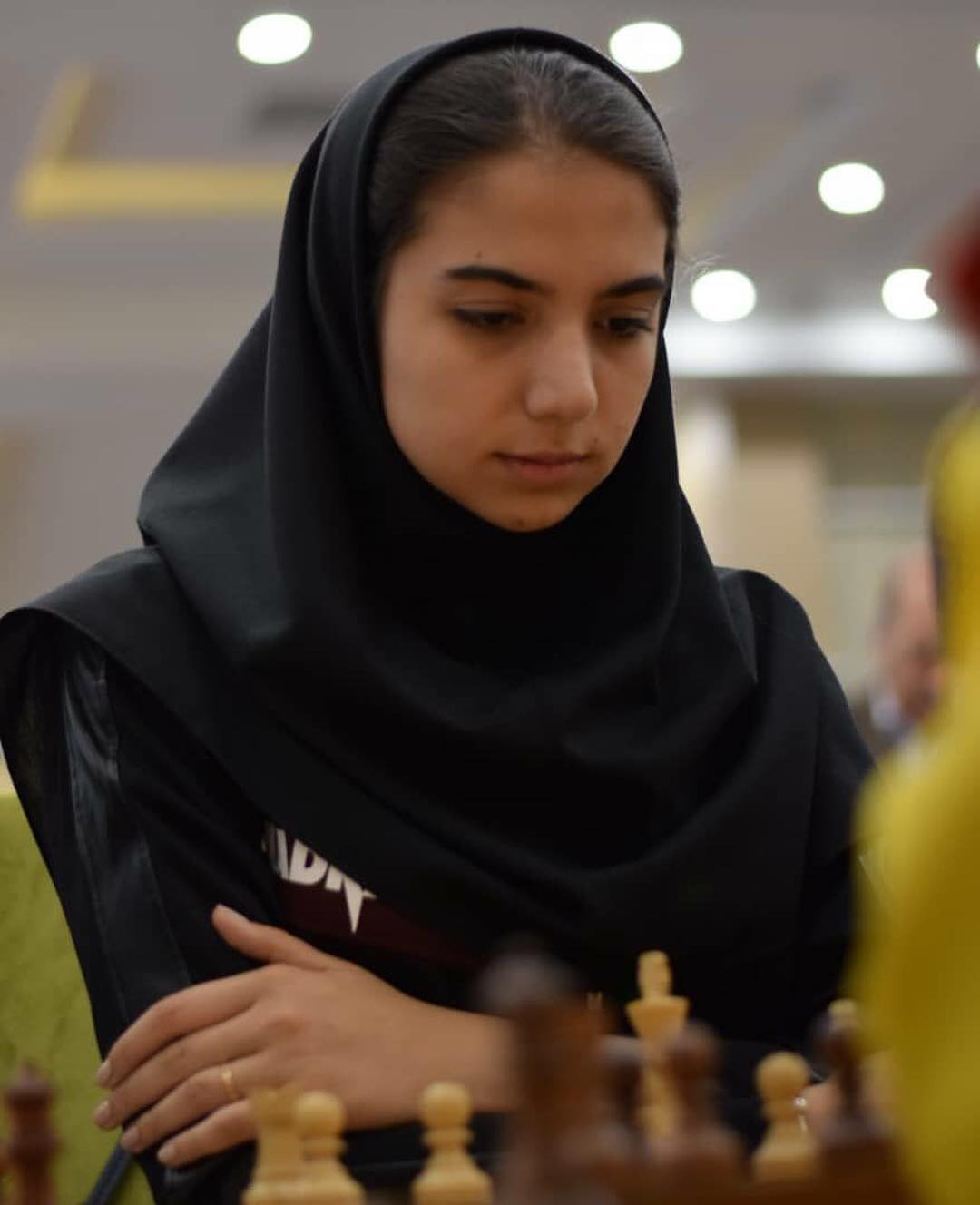 Local star IM Sarasadat Khademalsharieh (rated 2408) of Iran Green scored a monstrous 5/6 with a 2661 performance rating and gained 19 Elo points and was the MVP of the women's section. | Photo: Hossein Shahiri/Asian Nations Cup.

* * * Alongside the standard, the Asian Nations Cup Rapid & Blitz was also held. The rapid section was held before the standard tournament while the blitz was held after the last round of the standard tournament.
Open Rapid Section:
The rapid section was held on July 27, 2018, on day one of the event, The time control was 15 minutes + 10 seconds per move.
Iran Green and China once again dominated the open and women's section respectively.
Blitz Section:
The blitz section was held on August 3, 2018, immediately after the standard tournament ended.
The time control for the blitz was 3 minutes + 2 seconds increment per move.
Iran Green stormed through this section, ensuring a historic clean sweep of gold medals on home soil. This event was the first time in history that Iran had won team gold, and they won all three sections.