Iraqi PM walks back on commitment to US sanctions on Iran

Iraqi PM walks back on commitment to US sanctions on Iran ...
aljazeera.com 14/08/2018 Politics 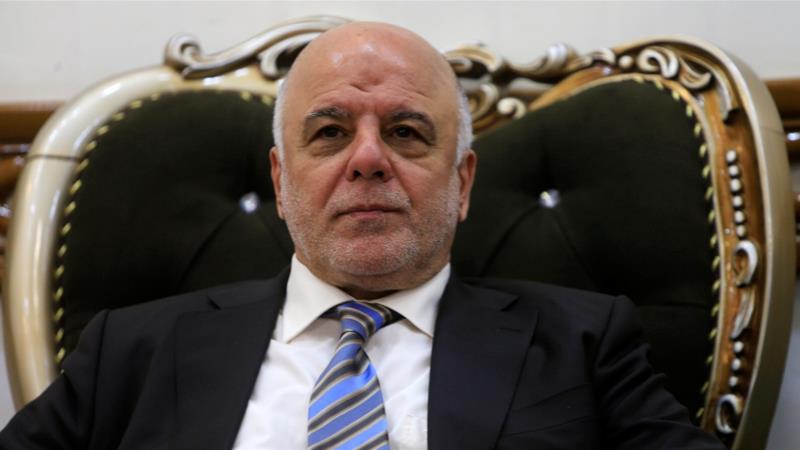 Baghdad to honour dollar ban but not all US sanctions on Iran, says Haider al-Abadi, stepping back from earlier remarks.
Al-Abadi is heading a fragile caretaker government until a new one can be formed [File: Alaa al-Marjani/Reuters]

* * * Iraqi Prime Minister Haider al-Abadi has contradicted his recent reluctant commitment to abide by renewed US sanctions on Iran, saying his government only committed to not using dollars in transactions with Tehran.
Al-Abadi's remarks came at a news conference in the capital, Baghdad, on Monday, the same day that it was reported that Iran cancelled an upcoming visit by him.
"I did not say we abide by the sanctions, I said we abide by not using dollars in transactions. We have no other choice," he said.
Asked if Baghdad would stop imports of commodities, appliances and equipment by government companies from Iran, he said the matter was still being reviewed.
"We honestly have not made any decision regarding this issue until now," added al-Abadi, who is heading a fragile caretaker government until a new one can be formed following Iraq's parliamentary election in May.
Last week, al-Abadi said Iraq disagreed with the US sanctions on Iran, but would abide by them to safeguard its own interests, triggering criticism from Iran-allied Iraqi politicians and in the Islamic Republic.
On Monday, an Iraqi official speaking on condition of anonymity was quoted by The Associated Press news agency as saying that Abadi was scheduled to travel to Iran for an official visit later this week, but Tehran cancelled it over the comments he made last week.
US sanctions
Last week, the US began restoring sanctions that had been lifted under the 2015 nuclear deal with Iran, which US President Donald Trump withdrew from in May.
Washington says the renewed sanctions are meant to pressure Tehran to halt its alleged support for international terrorism, its military activity in the Middle East and its ballistic missile programmes.
The US and Iran are Iraq's two biggest allies and the sanctions put Abadi's outgoing government in a difficult position.
"Can I, the prime minister of Iraq, endanger the interests of Iraqis just to take a stand?" Abadi said last week.
"We don't sympathise with the sanctions, we don't think they are appropriate and we don't interact with them, but we are committed to protect our people."
--- ---
...