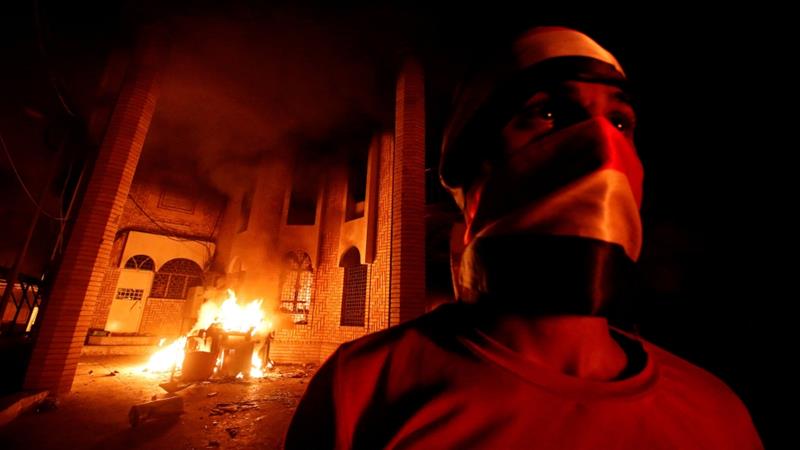 Residents say they have been driven to the streets by corruption and misrule that allowed infrastructure to collapse.
The southern city is the epicentre of protests that have rocked Iraq since July [Essam al-Sudani/Reuters]

* * * Protesters stormed the Iranian consulate in southern Iraq's city of Basra, setting it on fire as part of deadly demonstrations against lack of services and jobs in which several government buildings have been ransacked and torched.
Demonstrators on Friday broke into the consulate building in Basra, shouting condemnation of what many Iraqis perceive as Tehran's interference in their country's politics.
The consulate was reportedly empty when the crowd burst in.
In comments to Iranian state news agency Fars, Bahram Ghassemi, Iran's foreign ministry spokesperson, denied that Iranian nationals were being told to leave Basra.
Curfew
Iraqi security officials announced a citywide curfew in Basra, a city of two million people, warning that "anyone present in the street" would be arrested.
Several protesters have died, mostly in clashes with the security forces, since Monday.
Residents say they have been driven to the streets by corruption and misrule that allowed infrastructure to collapse, leaving no power or safe drinking water in the heat of summer.
According to Marwan Kabalan, director of policy analysis at Doha Institute, the protests show a growing dissatisfaction with Iran's influence in Iraq.
"Those who have been running the country for the last 15 years have actually been Iranian allies," Kabalan told Al Jazeera.
"The people are protesting against these elites that are backed by Iran and they're protesting against Iranian influence in the south of Iraq," he added.
"Iran has also cut the electricity supply recently, claiming Iraq has not been able to pay for the electricity, which is another reason people have directed their anger towards Iran," Kabalan said.
Iraq parliament to meet
Public anger has grown at a time when politicians are struggling to form a new government after an inconclusive parliamentary election in May.
Residents of the south complain of decades of neglect in the region that produces the bulk of Iraq's oil wealth.
The storming of the consulate on Friday came hours after Iraq's most revered Shia cleric called for a political shakeup in capital Baghdad, and a halt to violence against the protesters.
Ayatollah Ali Sistani placed blame for the unrest with political leaders and said a new government should be formed.
"The failings of Iraqi political leaders in recent years have caused the anger of people in Basra," Sistani said.
"This reality cannot change if the next government is formed according to the same criteria adopted when forming previous governments. Pressure must be exerted for the new government to be different from its predecessors."
The Iraqi parliament's interim leader, meanwhile, has summoned legislators to an emergency session on Saturday to discuss the unrest.
Basra has been the epicentre of protests that have rocked Iraq since July, with anger fuelled by pollution of the water supply that left 30,000 people in hospital
In recent days, crowds have attacked the offices of the state-run Iraqiya TV and set fire to the headquarters of the ruling Dawa Party, the Supreme Islamic Council and the Badr Organisation, whose leaders are all vying to form Iraq's ruling coalition.
Protesters also torched the offices of a powerful Shia armed group, Asaib Ahl al-Haq, and those of the Hikma Movement, and stormed the house of the acting head of the provincial council.
Rights activists have accused security forces of opening fire on the demonstrators, while the government has blamed provocateurs in the crowds and say the troops were ordered not to use live rounds.
SOURCE: Al Jazeera and news agencies 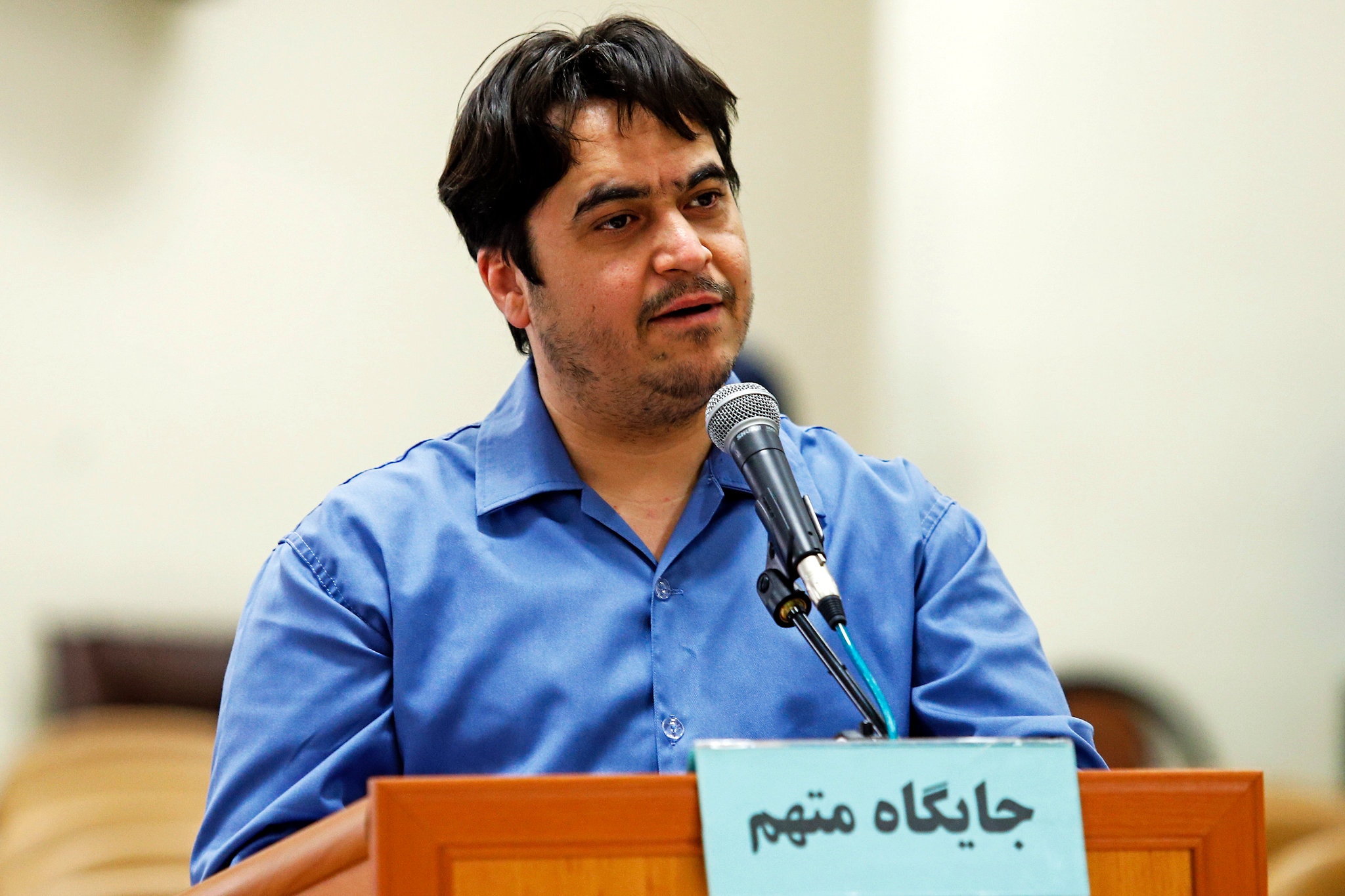