The end of the Iran nuclear deal is hurting American businesses

The end of the Iran nuclear deal is hurting American businesses...
pri.org 18/11/2018 Economy 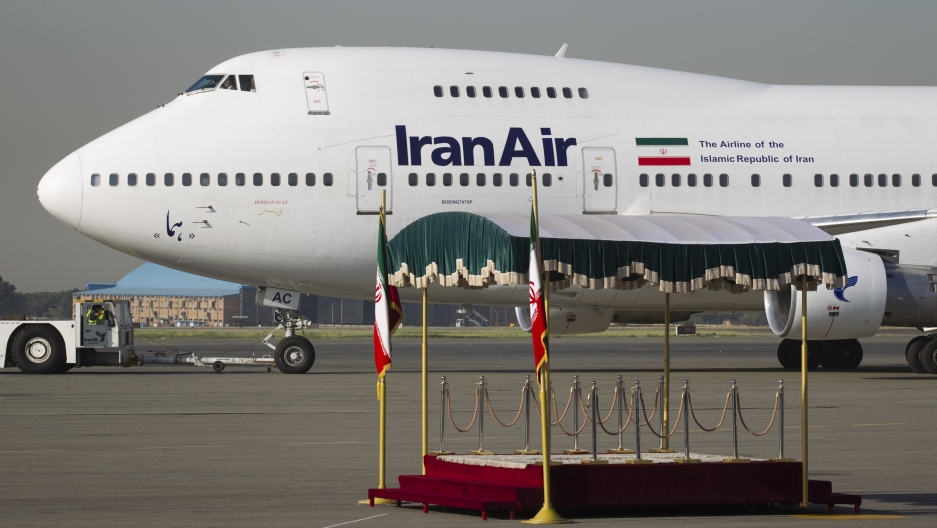 
* * * A Iran Air Boeing 747SP aircraft is pictured before leaving Tehran's Mehrabad airport on Sept. 19, 2011.
Credit:
Morteza Nikoubazl/Reuters
When the US, Iran and a group of world powers hashed out the Iran nuclear deal in 2015, Abdolreza Kamyab was one happy man.
"It helped my business, and I was able to export more product to the country," he said.
Kamyab owns ImEx Gulf, a small exporting company based in Plano, Texas, which specializes in food and supplements for livestock.
Originally from Iran, Kamyab came to the US in the 1980s to study animal nutrition at the University of Missouri. When he went back to Iran, he noticed a shortage of quality animal feed. So, he decided to return to the US and start ImEx Gulf. He buys American supplements and ships them to Iran.
"[It was a way to] help both [the] US economy and at the same time, Iranian producers," he said.
Before 2015, Iran was under US sanctions. That meant trade between the two countries was limited. Kamyab had to get a special permit to ship his products to Iran.
But the deal created an opening — a rare chance for American businesses to sell to Iranians. And for Iranians to buy American products.
All of the sudden, Kamyab didn’t have to jump through as many hoops.
"I didn’t need to renew my license required by the Department of [the] Treasury here in the United States if I wanted to export agricultural products to Iran," he said.
There were also more shipping companies willing to go to Iran, he says, so he had more options. The price of shipping went down.
Roozbeh Aliabadi, a business consultant with Global Growth Advisors, says after 2015, he saw a spike in American companies looking to invest in Iran.
"The real outcome from the nuclear deal was many companies wanted to actually capture this big market, this 80 million market," he said.
A market of 80 million people mostly cut off from Western products for decades. He was contacted by companies that sell everything from potato chips to solar panels to water purification systems.
"It was a race for them to capture this market," he said.
And his advice? "Go to Iran, take baby steps, develop partnerships; it will take time but it is a good market for you."
The biggest business deal of all was the one signed by Boeing, according to Dina Esfandiary, a fellow at The Century Foundation and an international security fellow at Harvard University.
"It was a massive deal. They were [...] going to supply the main Iranian carrier, Iran Air, with a whole new fleet of planes, which of course, was needed in Iran. So, this was very, very significant and very important to Iran," she said.
The order was for 110 aircraft, with the possibility of 30 more in the long run.
The price tag? An estimated $16.6 billion. Boeing predicted the order would support 100,000 jobs in the US.
General Electric jumped in, too, announcing a $150 million deal for oil and natural gas equipment.
And then, Donald Trump was elected into office. He promised to walk away from the nuclear deal, which he considered "a bad deal." And he did. The US reimposed sanctions on Iran earlier this month.
"When Trump took office, everything went backwards," said Kamyab, the Texas business owner. The sanctions partly target the Iranian banking and shipping sectors.
"When the shipping company [doesn't] go [to Iran] because of the sanctions and the money cannot be transferred to the United States, how can I do business? How can anyone do business?" Kamyab raised.
So, for now, he has stopped all shipments to Iran. He is waiting to see what happens.
"What happened is actually every business’s nightmare scenario," said Esfandiary of The Century Foundation. "Because if you tell a business, 'OK, you’re fine to go; go on, there’s no risk now to go deal with Iran,' but you leave the uncertainty. And then a couple of years later you tell them, "OK, wait, you can’t do any business with Iran anymore" — that’s exactly what businesses try to avoid."
And that’s why Boeing and GE quickly ended their contracts. They said they follow the US government’s policies on Iran.
The Trump administration says the point of these sanctions is to punish the Iranian government. But, Kamyab says they're actually punishing business owners like him.
"My business is related to animal production. I don’t believe stopping me from working is going to have [an] effect on Iranian government's behavior."
And he doesn’t think the sanctions will hurt government officials.
"They always find a way to have the best items on their table for lunch and dinner and breakfast," he said. "Look at them. You don’t see any of them to be thin."
The ones who will suffer the most, he says, are the Iranian people.
---For the past three decades, trade between Iran and the US has been very limited. The 2015 nuclear deal created a rare opening, a chance for American companies to enter the Iranian market. That didn't last long since President Donald Trump walked away from the deal. ---
...

msn.com 28/02/2019 Auto
TEHRAN (FNA)- National Flag Carrier, Iran Air, purchased 3 Airbus passenger planes from Hungary, and will add 3 jets to its fleet by the end of the cu...View Details»