* * * Bank Melli announced in a statement as reported by the domestic media that all of its overseas branches remained connected to phone and internet services.
The announcement followed a recent report by Germany’s business newspaper Handelsblatt that Germany's part state-owned telecom provider Deutsche Telekom had cut off Bank Melli's Hamburg office.
Handelsblatt quoted Deutsche Telekom as sending Bank Melli a message, saying: "We have to assume that you can no longer make any payments" for telecom services.
The administration of US President Donald Trump launched the second wave of sanctions against Iran from November 5.
The sanctions target Iran’s oil sales, its wider energy industry, shipping, banking, insurance and so on.
Iran has repeatedly said the sanctions would fail to achieve the announced targets, specifically bringing Iran’s oil exports to zero, as declared by US officials.

Meanwhile, the European Union is trying to create a mechanism to maintain banking channels with Iran in face of US sanctions.
Diplomats already announced that the main EU powers – Germany, France and Britain – were trying to push ahead a plan to create a Special Purpose Vehicle (SPV) through which banking transactions with Iran could be carried out.
The Handelsblatt article did not quote Deutsche Telekom as explicitly citing US sanctions as the reason for the cutoff of services to Bank Melli.
In an editorial published Friday, Handelsblatt criticized the Deutsche Telekom move as "cynical." It also accused the German government and central bank of "doing nothing" to ensure that Bank Melli can make legal payments to German institutions.
"Where is the help for German companies? Where is the defense of Germany's sovereignty?" the German publication asked according to a report by VOA News.
--- ---
... 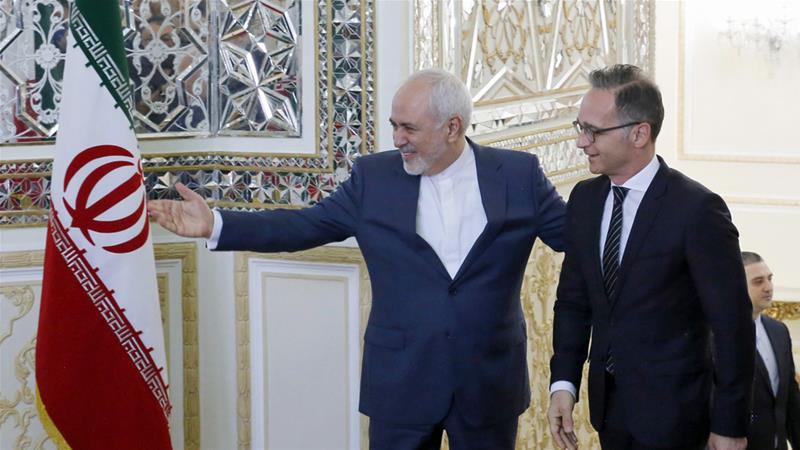