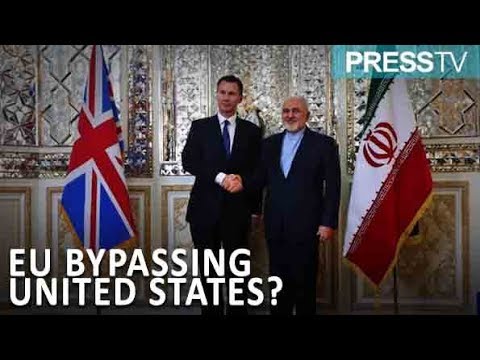 By Juan Cole 11/25/2018
Ann Arbor (Informed Comment) – India’s imports of petroleum from Iran in October doubled in value terms to $1.42 billion in October, year over year. Likewise, during the first 8 months of 2018, the value of India’s oil imports from Iran was double that of the same period in 2017. Even in volume terms, imports are up 38%.
These statistics raise the question of whether Trump’s attempt to squeeze Iran is failing.
The Trump administration was constrained to give 8 Asian countries “waivers” allowing them to import Iranian oil without risking sanctions by the US Treasury Department Office of Foreign Asset Control. The US places third party sanctions on firms and governments trading with sanctioned countries like Iran. These third party fines are only effective against firms that do substantial business in the United States, but most big corporations do.
The issuance of the waivers was an admission by the Trump administration that it is not practical to ask these countries to go without Iranian oil, since it could not be entirely replaced by other countries.
And, it isn’t just a matter of Iran or a matter only of petroleum. Iran’s economic relationship with Europe became warmer in 2018, growing by 7.5%.
Trump asked Saudi Arabia to “flood the market,” that is, to increase substantially its petroleum production so that the US could force other countries to cut down on imports from Iran without harming those country’s economy (if they could not replace lost Iranian imports or could only do so very expensively, the countries would likely simply defy the US and risk being fined; in turn the US might face legal action, including at the World Trade Organization).
However, since the US has not in fact managed to take most Iranian oil off the market, the Saudi tactic of producing extra has just caused the price to collapse, and boy are the Saudis angry. So at the next meeting of the Organization of Petroleum Exporting Countries (OPEC) in Vienna, the Saudis have already signalled that they will cut back production substantially, and will urge some partners to do so, as well.
So much for flooding the market. If Saudi Arabia cuts back, then prices will rise again. There is no way to stop Iran from benefiting from a petroleum price rise, since it still does sell oil on the world market at market prices.
So the squeeze play against Iran is failing right at the beginning. In part this failure is owing to the inability of the US to bully India, China and some other countries into cutting off Iran. Since Iran oil is still being exported in large quantities. Saudi over-production hurts Saudi Arabia as much as it hurts Iran, since it reduces income.
Likewise, after a one-month hiatus, China is resuming its imports from Iran. It has oil companies that don’t deal witht he US and so can be used for camouflage.
---China is also resuming imports from Iran ---
...