The greatest auto innovations of 2018 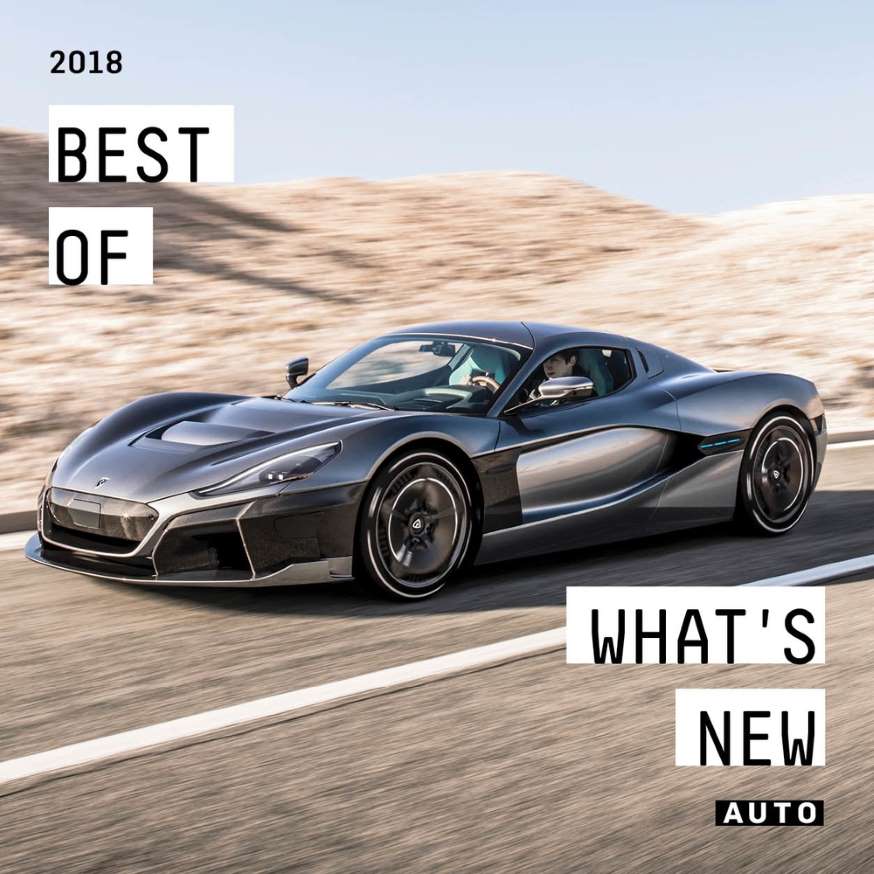 Few innovations thrill us more than the ones we drive. When you consider an electric supercar that snaps back your head with acceleration or a set of tungsten-coated brakes that’ll have you straining against your seatbelt faster than you can say “internal combustion engine,” it’s easy to conclude 2018 was a heckuva year for the road-going brilliance. 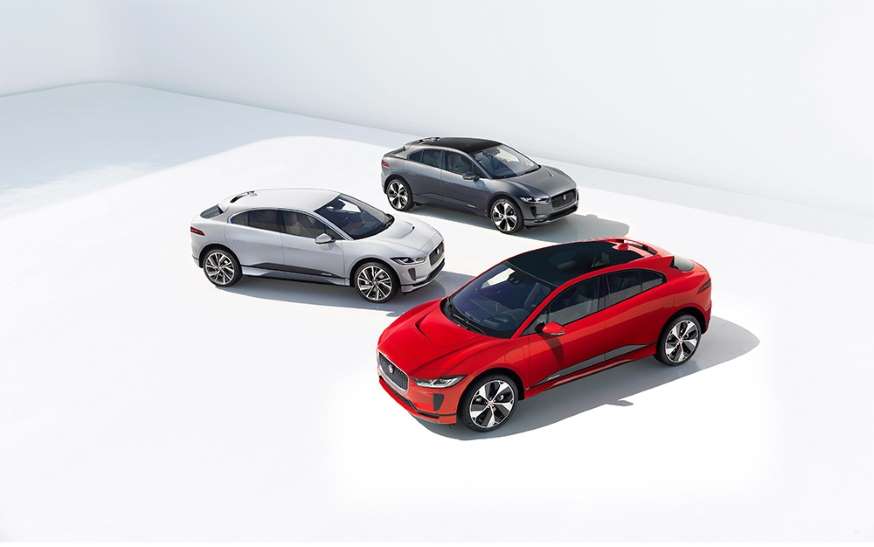 * * * Grand Award Winner
The first truly off-roadable electric vehicle
Jaguar’s I-Pace is an astonishing ride: It’ll rocket you to 60 mph in 4.5 silent seconds thanks to its 394 horsepower and 512 pound-feet of torque, delivered through electric motors mounted on each axle. But this machine truly shines away from the pavement: It’ll scamper gamely over rocks with its all-wheel-drive traction system (which senses both what it’s driving over and how much traction that surface affords), ford water 19.7 inches deep without damaging its 90-kilowatt-hour battery, and climb and descend steep slopes. Its electrified version of off-road cruise-control allows the car to manage both throttle and braking through snow, mud, or sand, up or down slopes, and at speeds between 2 and 18 mph. Instead of worrying about what gear you should be in and how much power to apply, the driver just needs to focus on steering and enjoying the ride. With high-speed charging—reaching 80 percent capacity in 40 minutes via a 100-kilowatt direct-current fast charger—it’s truly one of the most evolved and capable electric vehicles to arrive. It starts at $69,500. 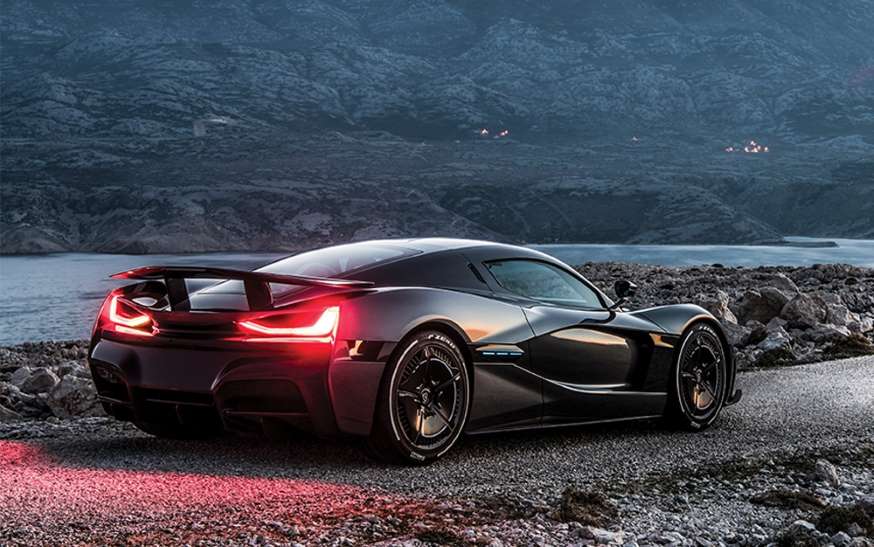 * * * The fastest electric car
There’s not a single figure associated with this car that isn’t awesome: 1,914 horsepower, 258 mph, 1.9 seconds to 60 mph, 1,700 pound-feet of torque. The fact that all of this comes via four zero-emission electric motors—one at each wheel—seems almost an afterthought. While eco-conscious hypercar enthusiasts rave about green bona fides, performance junkies can ponder the experience of the car’s speed and handling, delivered through an all-wheel-drive system that lets you select how much power you want at either end of the car. Dial it all toward the back for maximum adventure through the turns, or keep a healthy dose flowing to the front tires for more grip. Though very much a driver’s car, this wicked-looking auto is also a docile touring machine when needed, with roomy luggage capacity, a comfy ride, and semi-autonomous capability to help you relax between Alpine bombing runs. It’ll cost you about $2,000,000. 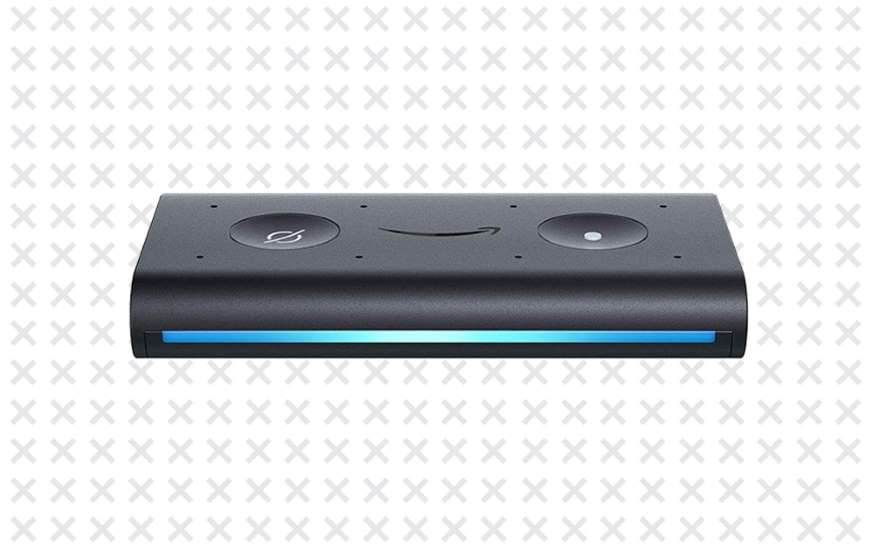 * * * Alexa, take a ride with me
Amazon’s smart speaker hits the road. Plop this flat, $50 rectangle on your dash, and its eight microphones will pick out your voice over music and road noise when you ask for news, music, directions, what’s next on your calendar, or any of Alexa’s other 50,000 tricks (and counting). The coolest part, though, is its ability to perform location-specific actions. The device can execute commands automatically as you reach a particular place. Get it to play “The Imperial March”—you know, Darth Vader’s theme—when you pull into the parking lot at work. 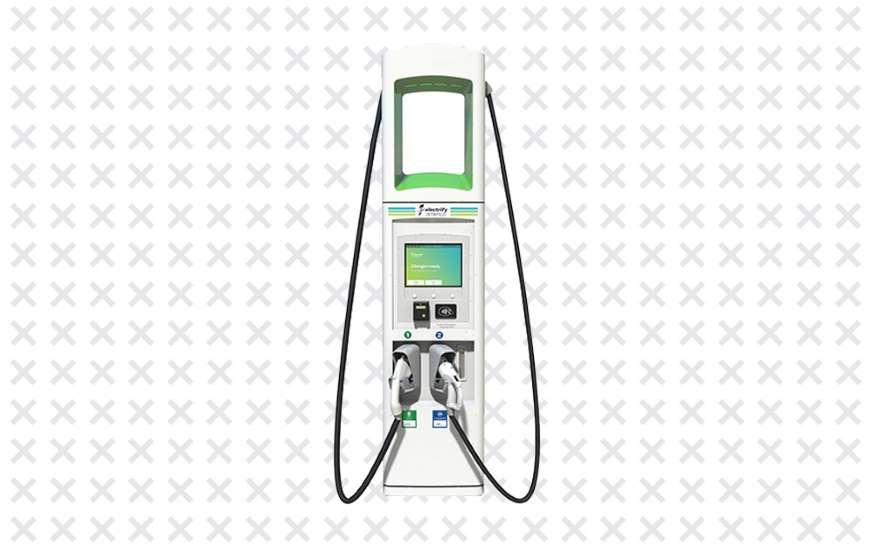 * * * Quick charging through a skinny cable
Volkswagen subsidiary Electrify America plans to significantly juice the U.S.’s electric-vehicle-charging infrastructure with a trick bit of tech that will make powering your ride easier and faster. A liquid-cooled cable lets copious juice flow (up to 350 kilowatts of eco-machine-charging power) without overheating. This sort of capability could deliver 300 miles of range in just 15 minutes. Thanks to that cooling maneuver, the cable is so thin and light that EV owners won’t need a lifting belt to plug it in. The group plans to invest $2 billion in hundreds of charge stations around the country. It’s an effort that, we need to note, sprang directly from VW’s diesel scandal settlement. 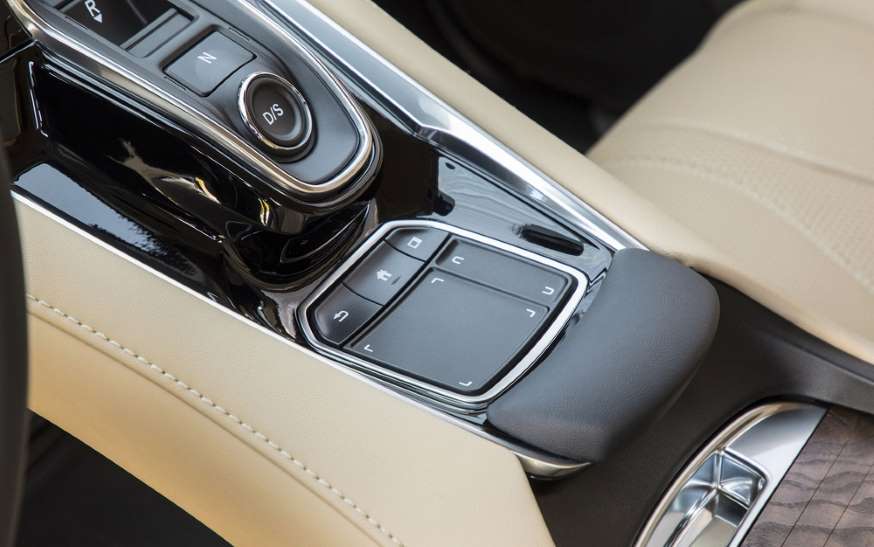 * * * Infotainment control that finally makes sense
Using touchpads to control audio and navigation in cars is never easy—you can spend more time hunting for the cursor than you do cueing up the next track. This is all, of course, while reaching uncomfortably and staring at the screen rather than the road. Acura’s solution: "absolute positioning.” When you touch the pad, the corresponding area of the dash-mounted screen activates. So you simply tap the pad as though you’re tapping straight onto a twin of the display, one that happens to be conveniently located on the center console instead of under your windshield. You can even use it with gloves on. 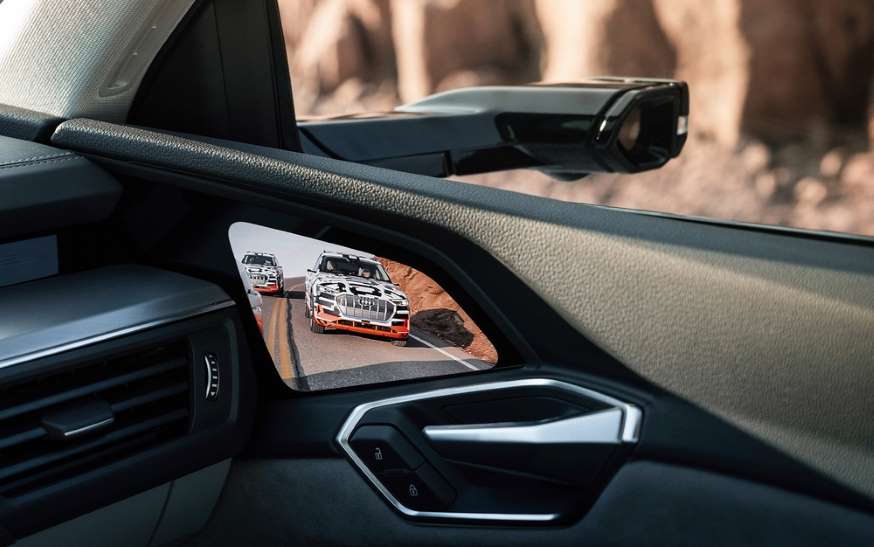 * * * A new way to look back
Despite U.S. regulators’ reluctance to approve digital side mirrors, this $75,000 Audi is plowing forward with the idea—overseas, at least. The system replaces conventional exterior mirrors with small cameras mounted on angled columns, resulting in a super-efficient 0.28 drag coefficient and making Audi’s electric the slipperiest SUV on the road. Inside the cabin, bright OLED screens tucked into the door sill show vivid images of the view behind you, and touch controls allow you to aim and zoom the “mirrors” for the optimal view. The cameras adapt to changing lighting conditions to ensure consistency and image legibility. It takes about 15 seconds to get used to the tech, then you never want to go back. 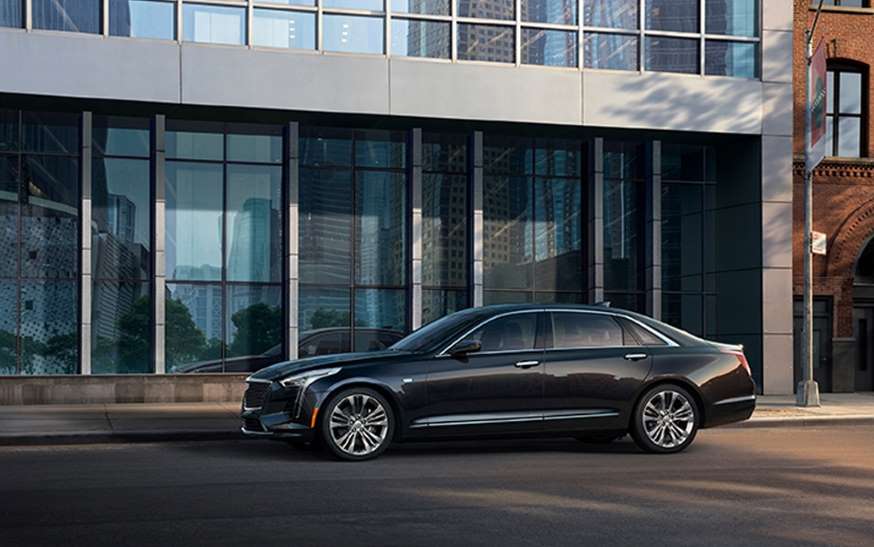 * * * Safe hands-off driving
Super Cruise is, simply put, the best semi-autonomous driving mode out there. Available on the 2018 CT6 and later, it’s the first system that lets you keep your hands off the wheel for extended periods, as long as your eyes stay on the road. The camera-and-radar-based system monitors traffic and keeps clear of maneuvering cars, while an internal lens monitors your gaze to ensure you’re paying attention. If your mind wanders—or the car requires you to take over for any reason—it’ll alert you to re-engage. 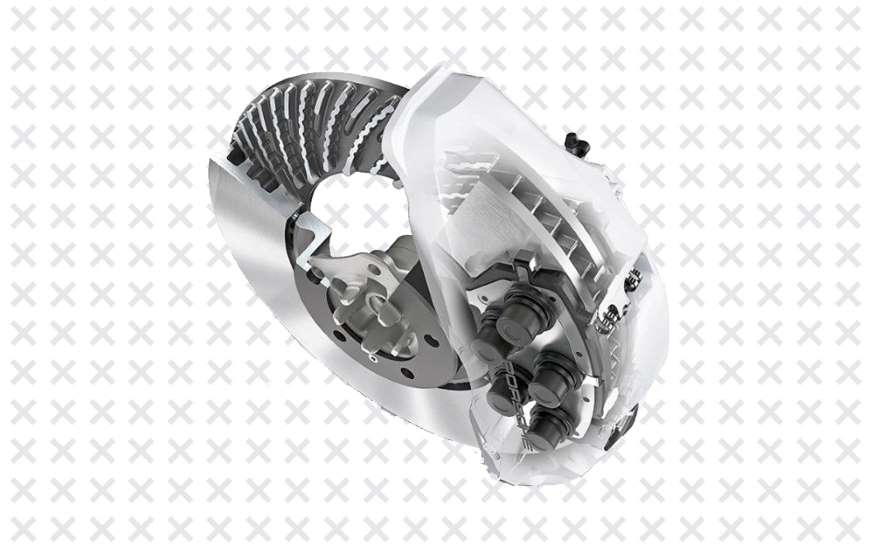 * * * Brakes that stop—and look—way better
Carbon-ceramic disc brakes deliver the ultimate in stopping power, but holy guacamole are they expensive. This latest tech from Porsche delivers a middle ground: better-but-not-quite-race-leading performance at less than half the price ($3,490, if you’re counting). The key is an ultra-hard 0.1-mm tungsten-carbide coating over an iron disc. The tungsten brakes generate 90 percent less dust—ending the eternal bane of Sunday-morning wheel scrubbers everywhere—have a 30-percent longer service life than conventional brakes, and offer increased friction for better control. Bonus: The discs acquire a slick mirror-finish as the miles accumulate. 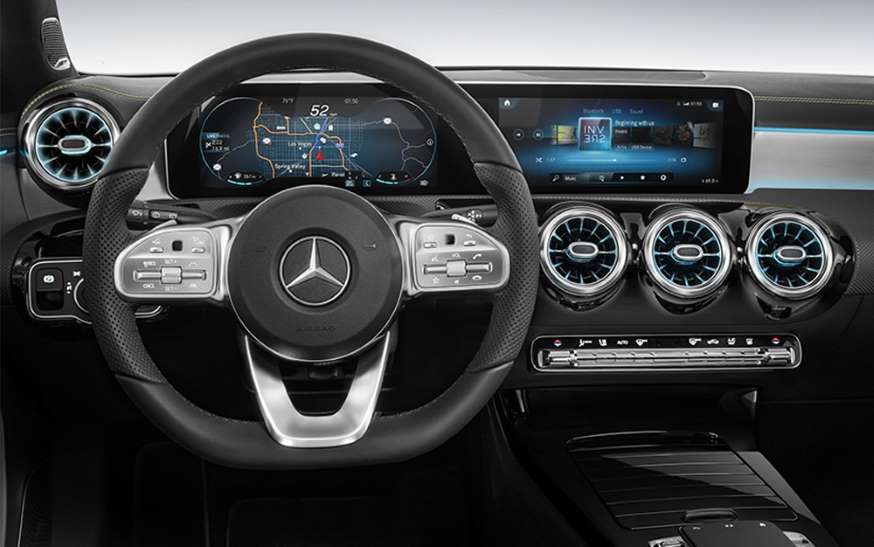 * * * An infotainment system you will actually use
Truly good infotainment systems are rare, but this one from Mercedes sets a standard. MBUX, which debuts in the new A-Class sedan, uses artificial intelligence—trained over countless hours studying human language and behavior patterns—to learn the driver’s preferences and understand the specific way they talk. Instead of some dinky cheap chip, the Benz relies on a six-core Nvidia processor and an Nvidia Parker 128 graphics card to ensure screen touches and swipes are instantaneous and precise. Maybe now you won’t just prop your phone up in front of the nav system’s screen. 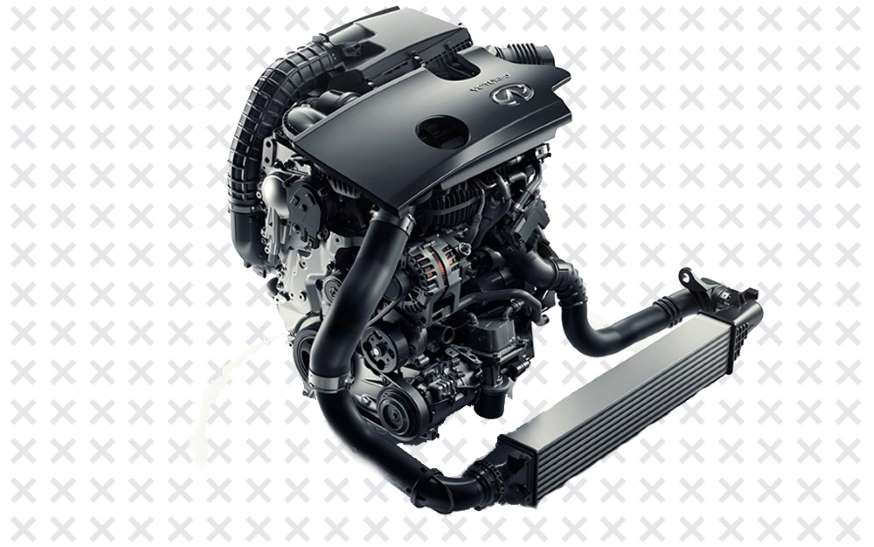 * * * The shape-shifting engine
Compression ratio—how hard the pistons squeeze the mix of air and fuel in your cylinders—is one of an engine’s defining characteristics. High compression delivers that kick off the line or the ability to pull a heavy load from a standstill. But you don’t always need that much power. Gearheads have dreamed of tweaking compression since internal combustion first roared to life, and Infiniti’s engineers have spent two decades on the problem. They finally nailed it. Their solution: Adjust the reach of the pistons within the cylinders via linkages on the connecting rods and crankshafts that drive the pistons up and down. When the car’s computer calls for performance, the pistons travel farther up the cylinders and create higher compression. If the system doesn’t need the extra oomph, it holds the pistons back, saving fuel. The result: compression ratios that can nearly double when you need extra power, generating up 268 horsepower and 288 pound-feet of torque. 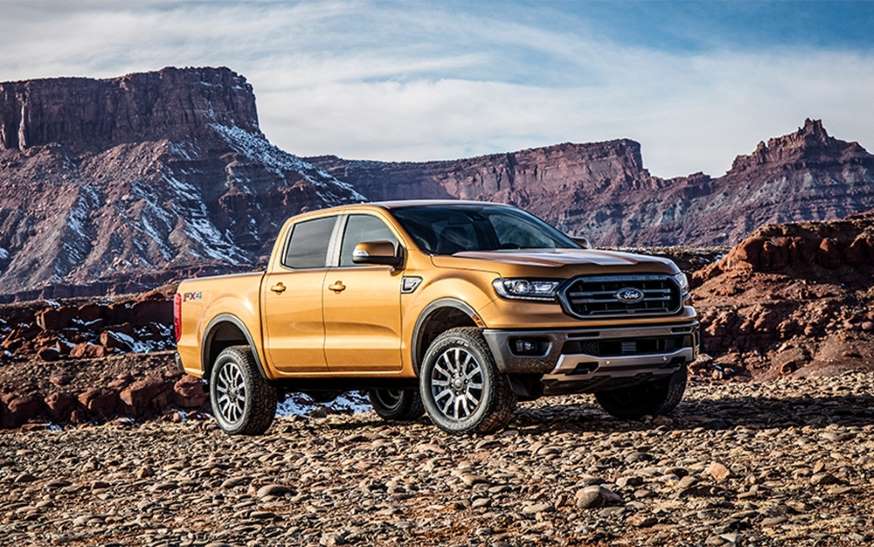 * * * The smallest new pickup truck—finally!
We’d be crazy about the reborn Ford Ranger—the first new U.S. model since 2011—just for the fact that it’s an affordable, compact pickup available stateside. (Europe gets all the cool, small haulers!) But this truck gets even better, packing a fuel-efficient 4-cylinder engine similar to the one you’ll find in the new Mustang, as well as automatic emergency braking standard on all trim levels. The tech suite doesn’t end there: On the XLT and Lariat trim packages, blind-spot monitoring can keep tabs on whatever you’re towing, and its lane-departure warning will ease your transition into Truck Life. 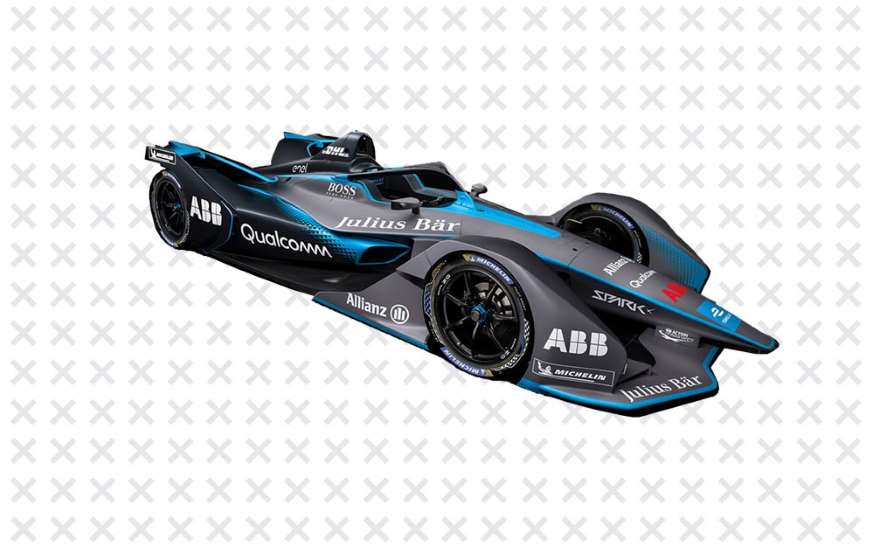 * * * This battery will make electric racing soooooo much better
Formula E, now in its fourth season, will gets a major upgrade this December: a new battery pack. So what? Well, previous packs couldn’t last an entire 50-minute race, so pitstops involved drivers getting out of their cars and hopping into fully charged rides. This looks, erm, awkward, and it’s kept a lot of major teams from entering the racing series; they didn’t want to be associated with an electric car that couldn’t go the distance. The new 54-kilowatt-hour packs (almost twice as powerful as the old ones) use a top-secret (it is racing, after all) cooling system that keeps them below 167 degrees Fahrenheit, the temperature threshold beyond which the cells would begin to break down.
---
Any Questions? Contact Dana Motor Co./ Las Vegas for best New & Used Car, Truck, SUV, Sedan deals.
http://danamotor.com/dmo/?page_id=2
SEO article provided exclusively by Parseed, for Dana Motor Company:
http://1host2u.com/?ez=24777
Ping Back:
http://danamotor.com/dmo/?p=1
---... 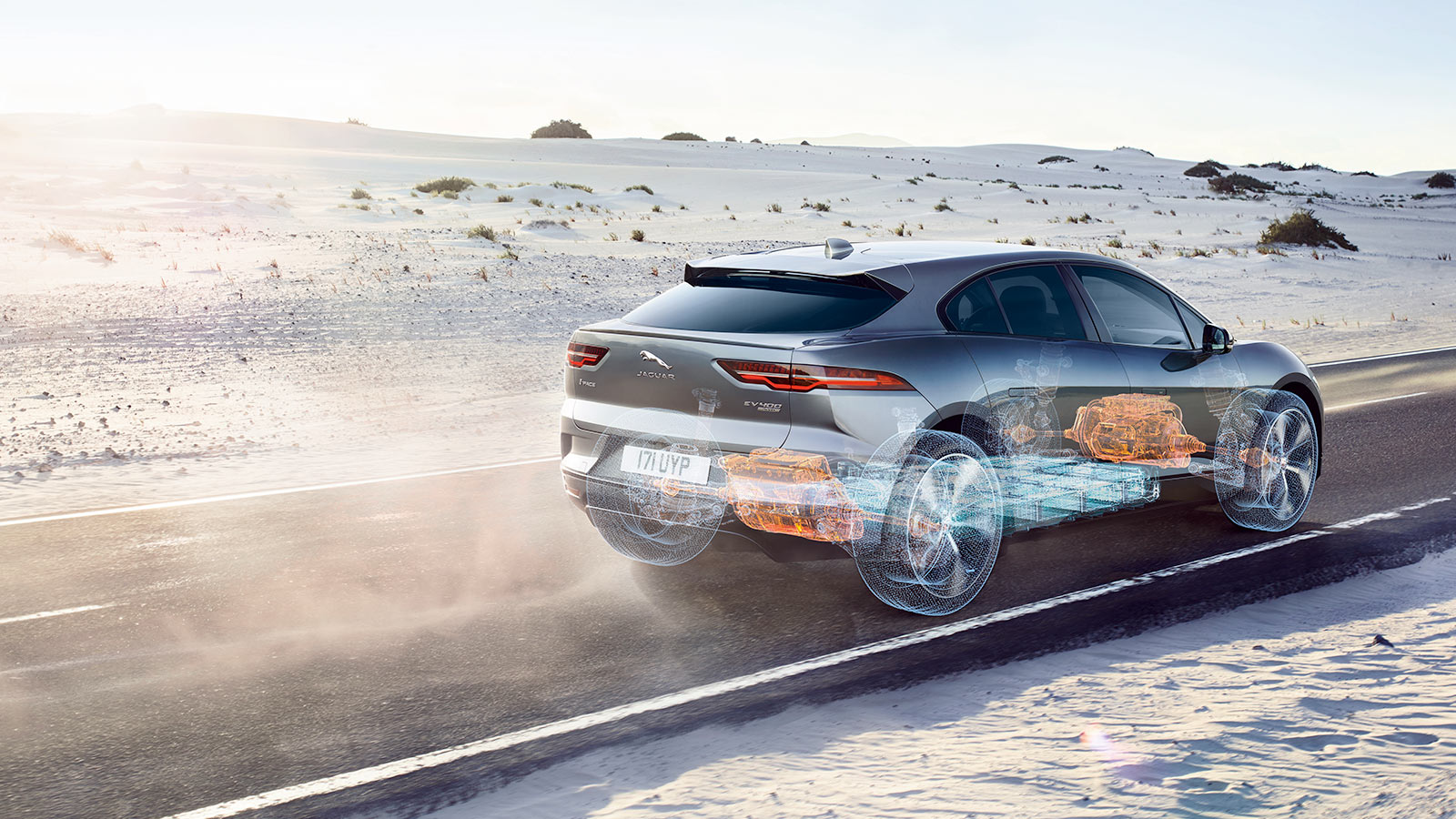 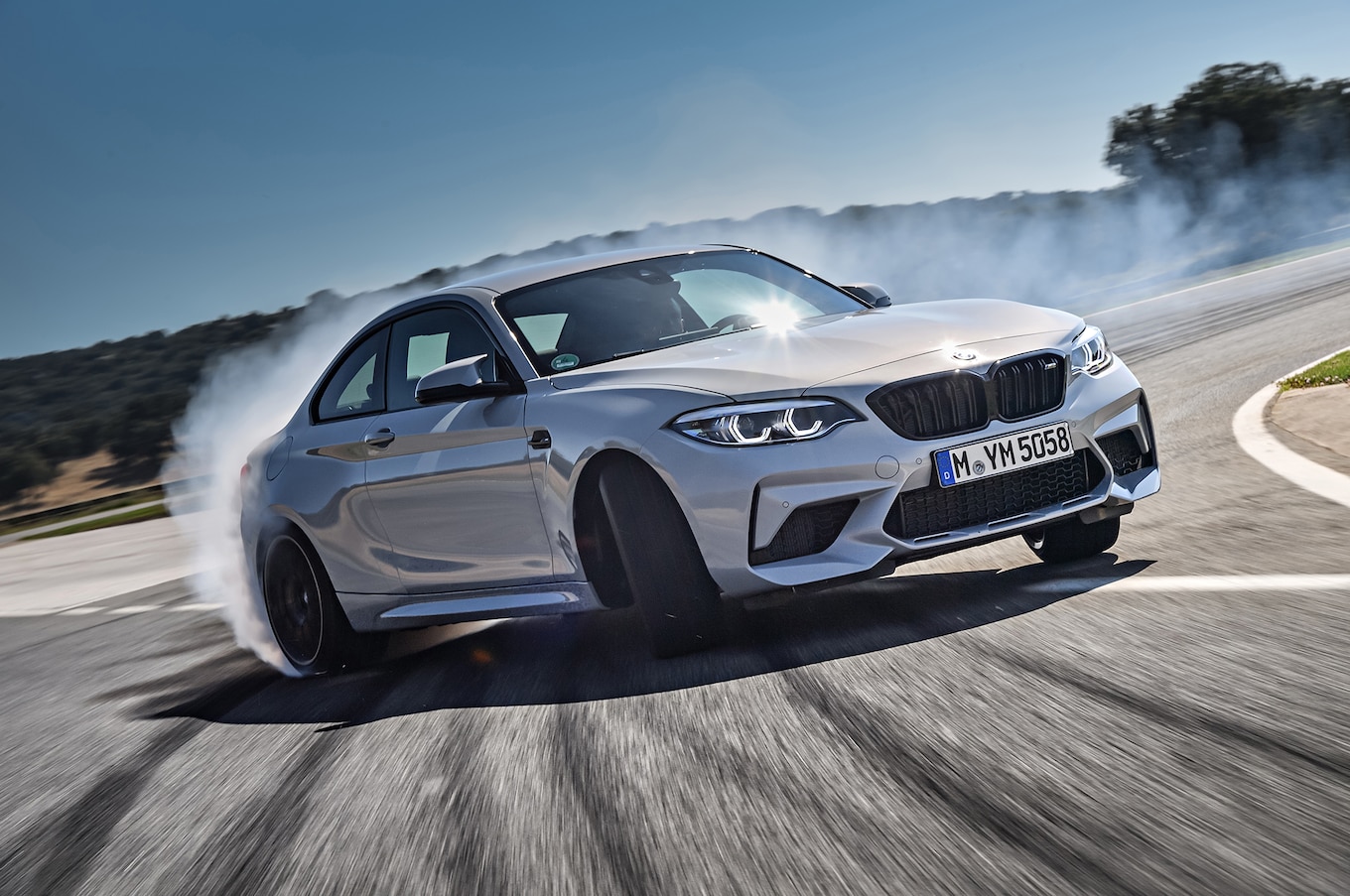 The design of the Mercedes-Benz CLA Coupé: Pure emotion....

mercedes-benz.com 03/02/2019 Auto
Reflecting the first design sketches. “As a four-door coupé, the new CLA intrigues with its puristic, seductive design and sets new standards in the ...View Details»

editorial.autos.msn.com 25/11/2013 Auto
By Perry Stern of MSN Autos The Los Angeles Auto Show is the last of the major auto shows on the annual U.S. circuit, and after three quarters of str...View Details»