From the Archives: The Shah Leaves Iran for the Last Time

The pro-Western went into exile in January 16, 1979 ending a nearly four-decade reign and leading to a revolution that installed an Islamic republic in Iran,
Tehran: On January 16, 1979, Iran's pro-Western Shah Mohammad Reza Pahlavi went into exile, ending 2,500 years of monarchy.
It was the end of a nearly four-decade reign and a pivotal moment in the revolution that installed an Islamic republic and rocked the Middle East.
After stays in several countries, the shah ended up in Cairo, where he died on July 27, 1980.
Here is AFP's story, translated from the original French, of the day he left his homeland.
The shah leaves Iran
Iran is at a crossroads. With tears in their eyes, the shah and his wife left Tehran on Tuesday at 0945 GMT for a journey from which, observers say, they may never return.
Several hours earlier, the parliament had voted in as prime minister Shapour Bakhtiar, who now had the country in his hands. But for how long?
"I am very tired," the sovereign said, before boarding the "Shahin" -- a sky-blue-and-white Boeing 707 that he pilots himself.
It was to drop him off at 1330 GMT at Aswan in Upper Egypt, where the imperial couple will be the guests of President Anwar Sadat, before going to the United States after a brief stopover in a European country.
Discreet departure
It is discreetly that the shah of Iran, for the second time since his accession to the throne in 1941, has taken the road to exile. He went through a first exile in 1953, during the rule of prime minister Mohammad Mossadegh.
The only people to accompany him to Tehran airport, guarded by a substantial contingent of soldiers, were figures close to the court, some military officers and the prime minister, flanked by the speakers of both houses of parliament.
A news conference that the self-styled "King of Kings" was supposed to hold before departing was cancelled at the last minute. The journalists were driven by coach back to Tehran, with the exception of two of their Iranian colleagues and two official photographers who remained at the scene.
Before climbing the gangway, the shah, wearing a blue suit, told the reporters, "What the country now needs is cooperation between all its inhabitants to set the economy back on track."
The empress Farah Diba added in a trembling voice that she believed in her country.
As their plane disappeared in the grey sky, an aide-de-camp said: "One battle is lost, but the war is not over."
- Jubilation -
In Tehran, as in the rest of the country, the shah's departure, announced on radio, meant his definitive defeat.
"The shah is gone, long live (exiled opposition leader Ruhollah) Khomeini," chanted demonstrators, who immediately ran into the streets of the capital as car horns blared in delight.
Soldiers posted at official buildings and strategic intersections, a red carnation sometimes on their guns, calmly watched the explosion of joy.
- Khomeini: towards 'victory' -
Meanwhile, from his residence in Neauphle-le-Chateau near Paris, the fiercest opponent of the Pahlavi dynasty, Ayatollah Khomeini, congratulated the Iranian people for "this first step" towards "victory".
But that victory, the Shiite leader added, would not lie in the shah's abdication but in the end of foreign domination of Iran. He called "at this historic time" on the Iranian people and army to prevent all attempts to disrupt the economy.
The ayatollah also said that he would return to his country -- from which he has been exiled for 15 years -- "in good time".
In Aswan, the Iranian sovereigns will stay at the Oberoi hotel, which must accommodate the important security disposition in place for them.
The rest of the Iranian royal family is already in the United States.
--- ---
... 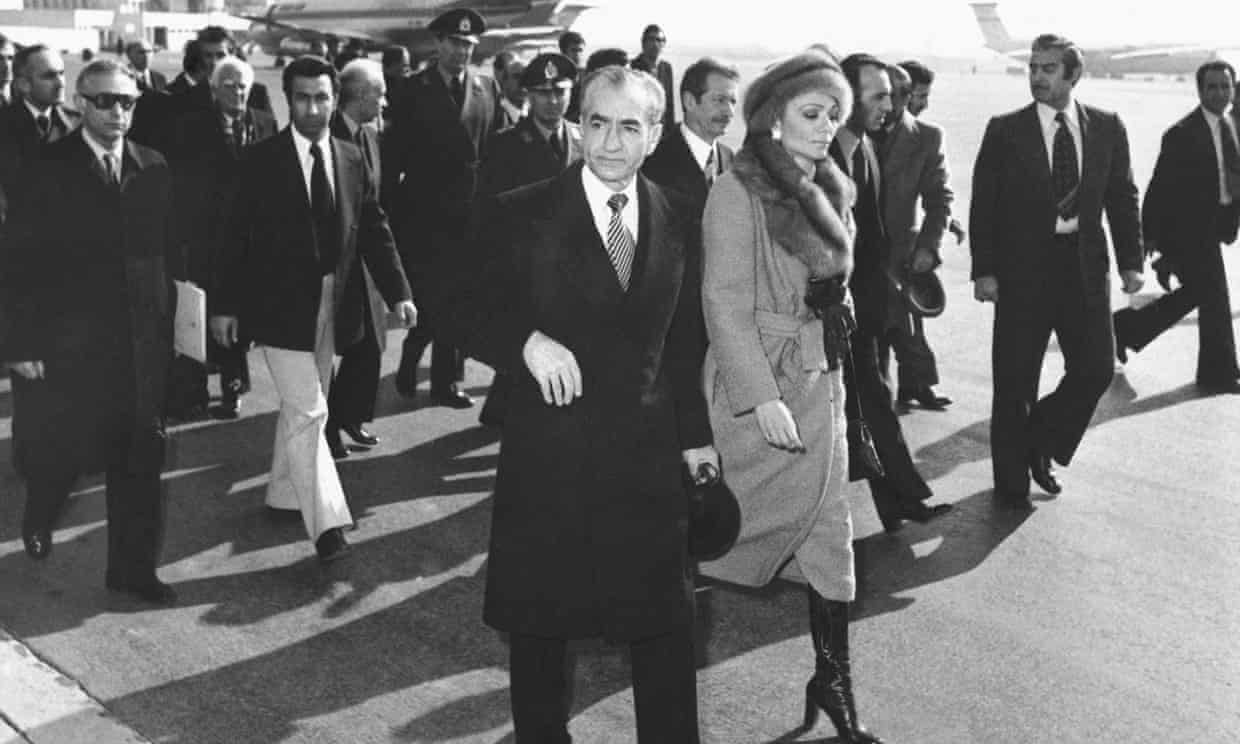