Iran art auction rakes in millions amid pressure over sanctions 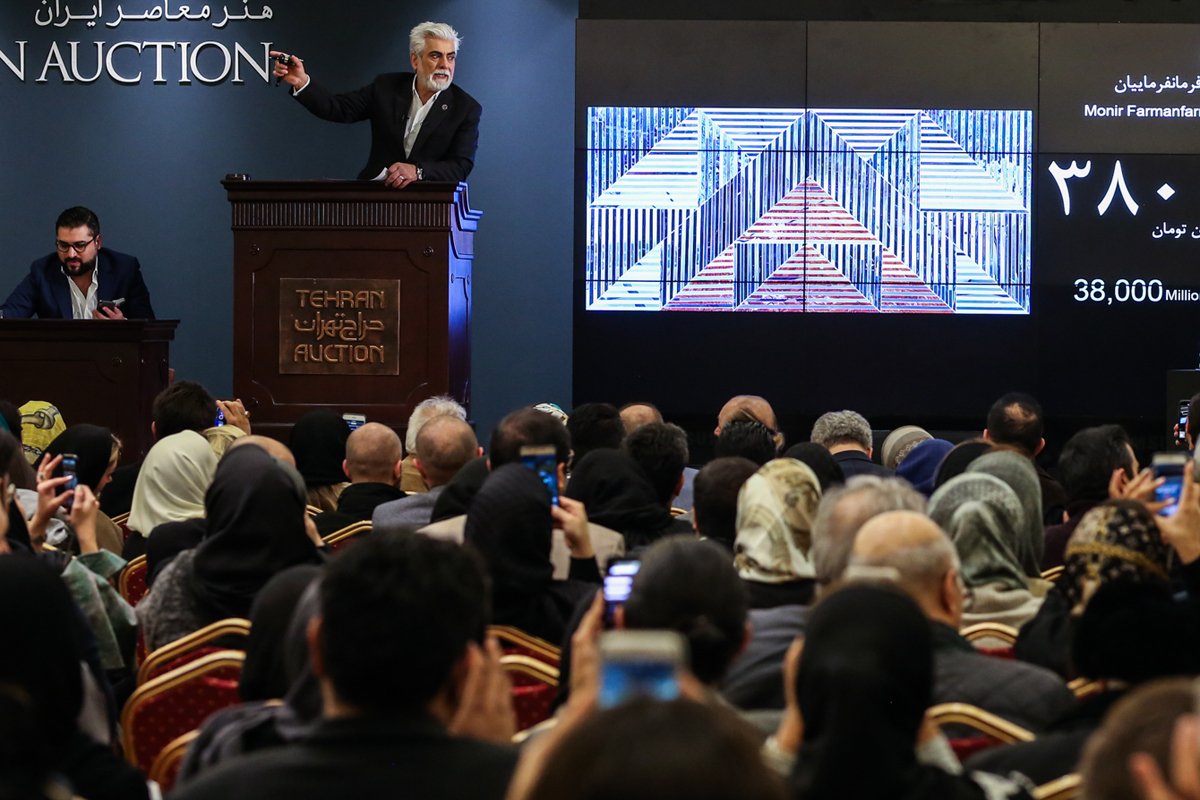 Mirror mosaic by 96-year-old female artist fetches close to $1m at the 10th edition of the Tehran Auction.
by Mohammad Ali Najib


* * * More than 1,000 people gathered at a hotel in northern Tehran on Friday to witness Monir Farmanfarmaian shatter another auction record for a female artist in Iran. Mohammad Ali Najib/Al Jazeera
Tehran, Iran - Monir Farmanfarmaian, the grand dame of Tehran's vibrant art scene, has set a new record for a local female artist after an untitled mirror mosaic of hers fetched almost $1m at an art auction in the Iranian capital.
The 96-year-old Iranian artist, who once hobnobbed with the likes of Andy Warhol, Willem de Kooning and Jackson Pollock in New York, topped 104 other artists, whose works were presented at the 10th Tehran Auction on Friday.
Before the auction, there was speculation that the sell-off would attract fewer and less enthusiastic buyers following the return of US sanctions, which precipitated the plunge of the Iranian rial against the US dollar.
But come Friday evening, buyers and spectators, including many prominent figures in Iran's art and entertainment industries, packed Tehran's Parsian Azadi Hotel, where the auction was held. Many in the crowd, estimated at more than 1,000 people, were left standing and craning their necks, as they watched the three-hour long proceedings go into high gear.
With his imposing figure, the moustachioed Iranian actor Hossein Pakdel commanded the audience as chief auctioneer, whipping attendees into excitement during the competitive bidding process.
Based on the official government exchange, which is pegged at $1 to 42,000 rials, Farmanfarmaian's 2018 work - a 90 by 180 mirror mosaic - was sold for an equivalent of $952,381. A second mirror mosaic piece also fetched an estimated $690,000.
Meanwhile, modern art pioneer Hossein Zenderoudi's oil calligraphy entitled Pi Rouz G sold for about $845,000.
The 81-year-old Zenderoudi, who now divides his time between Paris and New York, is known for his Arabic calligraphy works.
Birds, a sculpture by the late Iranian artist and theatre director Bahman Mohassess, was sold close to $631,000.
Overall, the auction racked up an estimated $8.1m in proceeds, more than double compared with the previous contemporary art sale in January 2018. 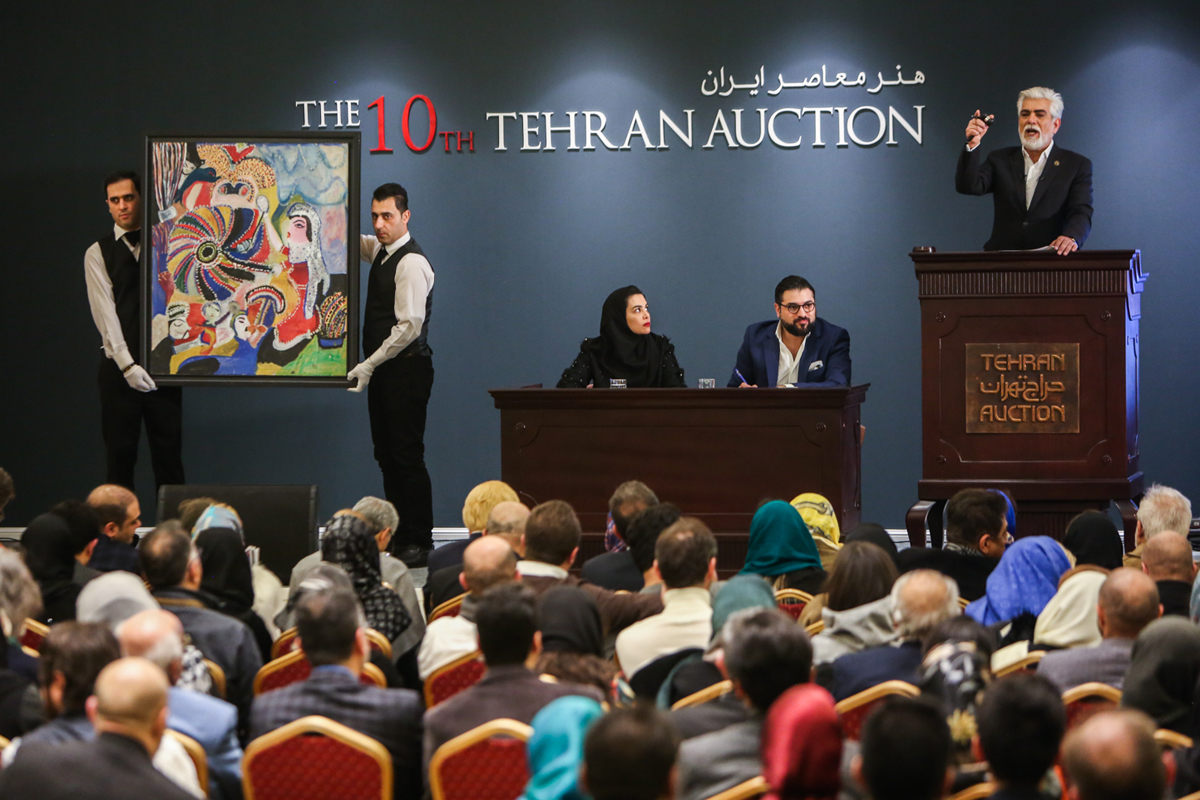 With the return of US sanctions and the plunge of the Iranian currency, expectations during the 10th Tehran Auction were not as high as in previous years. Mohammad Ali Najib/Al Jazeera 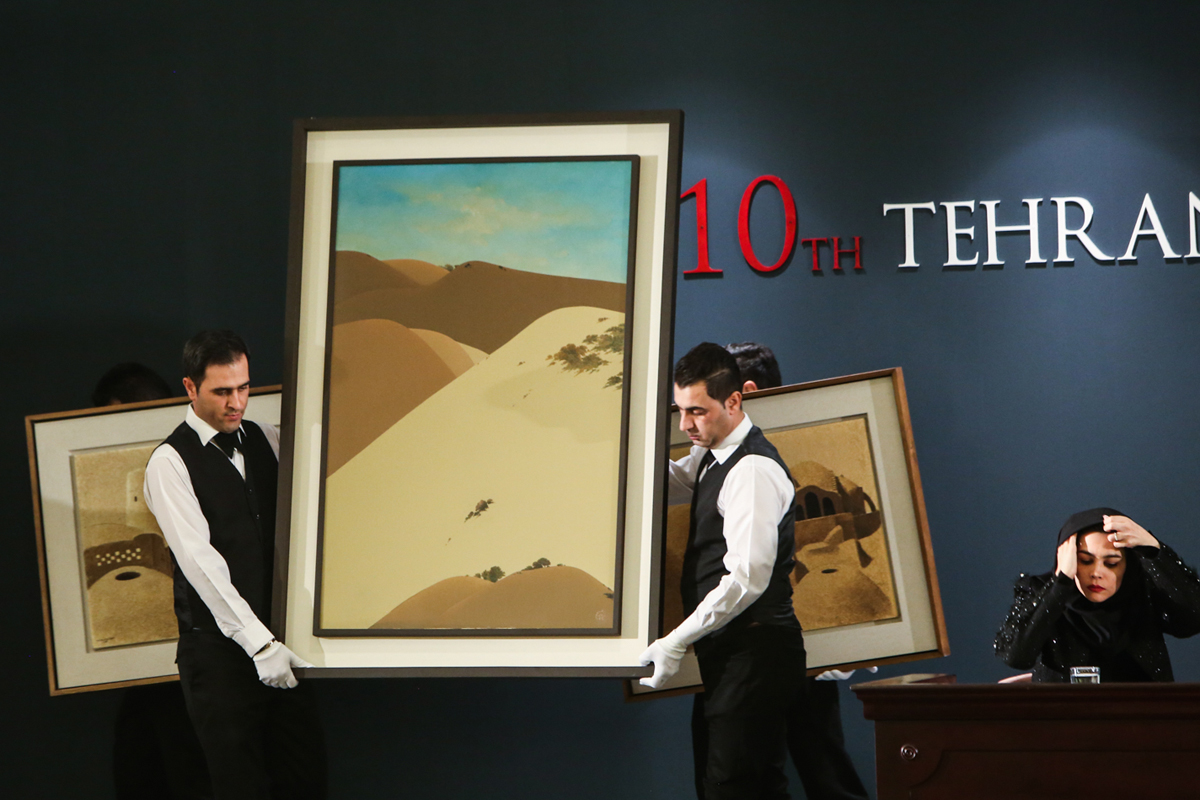 But as the three-hour bidding process went on, it was apparent that the appetite of the Tehran art market has not subsided. Mohammad Ali Najib/Al Jazeera 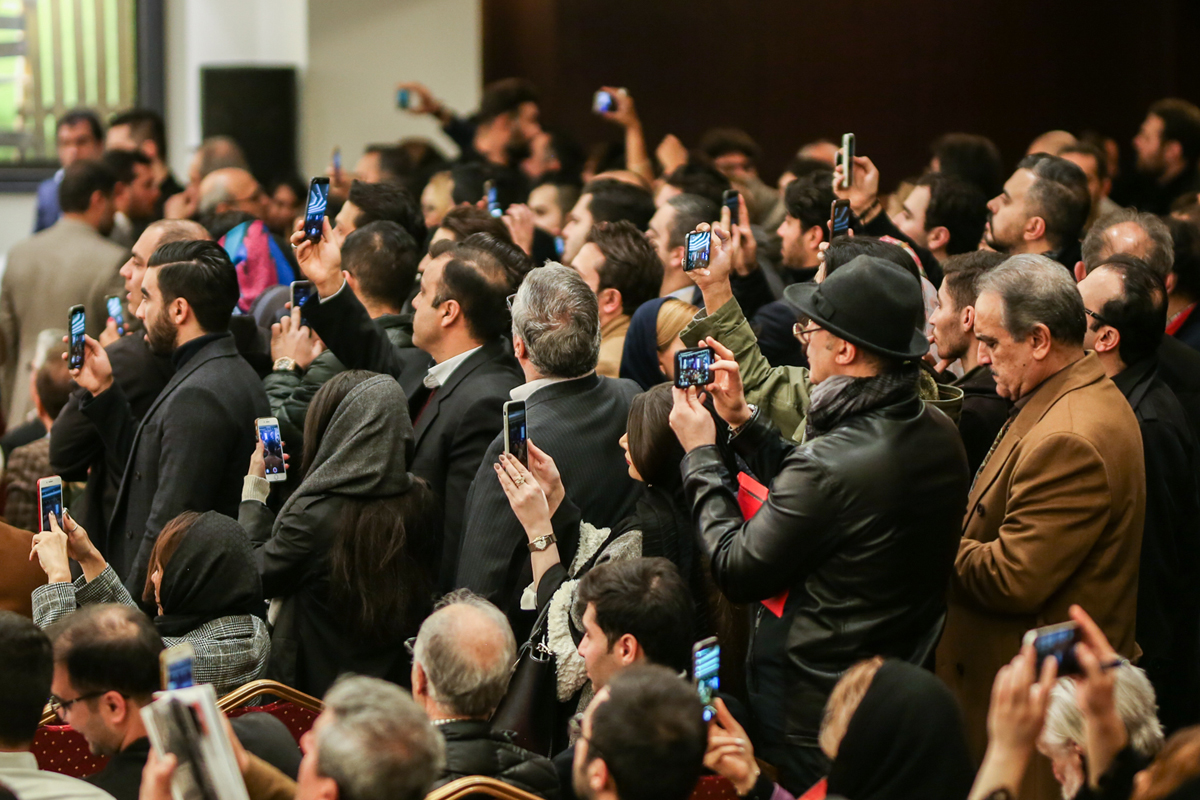 The crowd had their smartphones out, capturing the moment the art pieces were paraded on stage. Mohammad Ali Najib/Al Jazeera 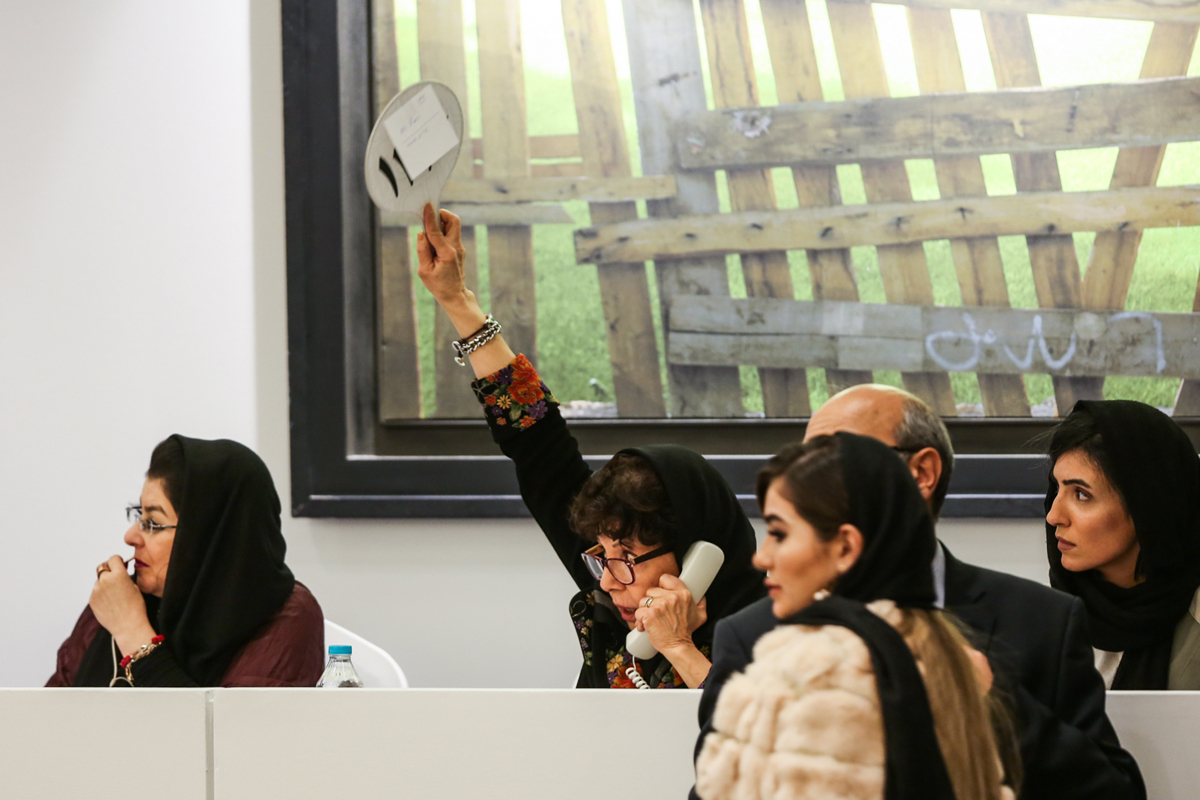 The bidders and their representatives were in a frenzy as chief auctioneer and actor. Hossein Pakdel kept the audience excited. Mohammad Ali Najib/Al Jazeera 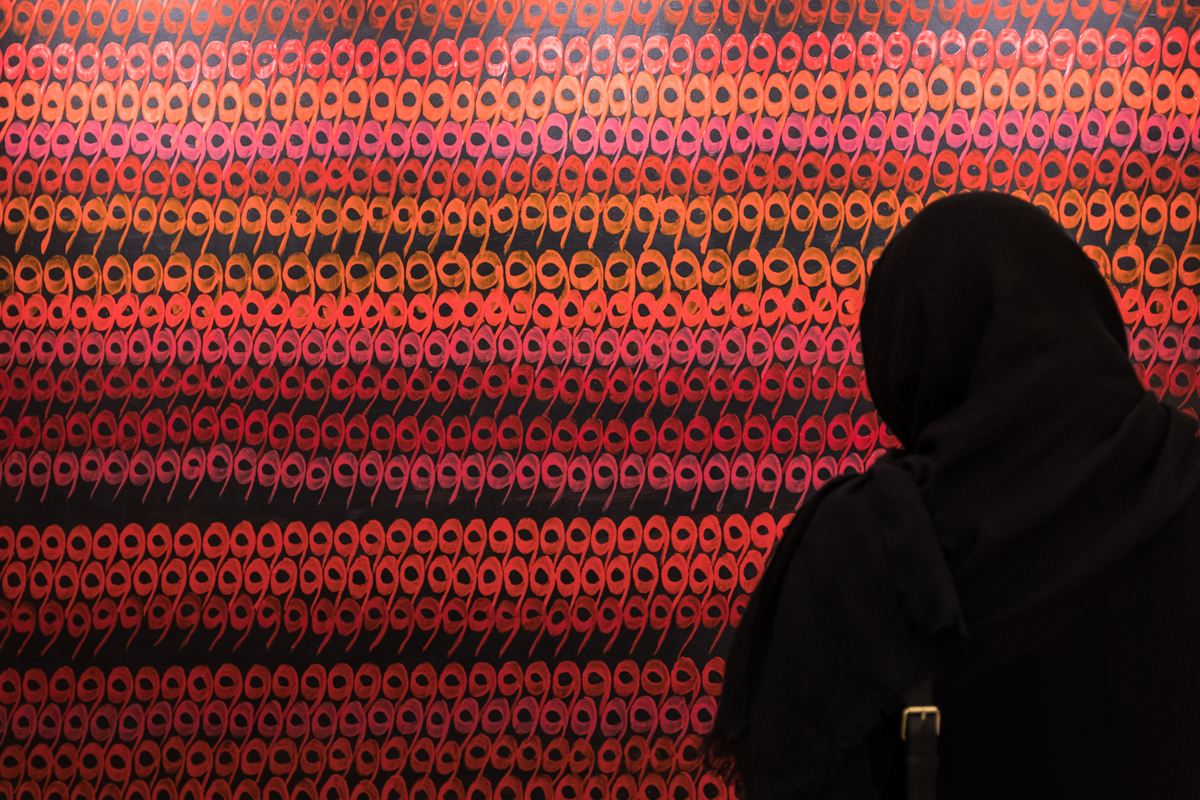 Pi Rouz G, a calligraphy work by Paris and New York-based artist Hossein Zenderoudi, was one of the most sought-after pieces at the event, selling for $845,000, based on the government exchange rate. Mohammad Ali Najib/Al Jazeera 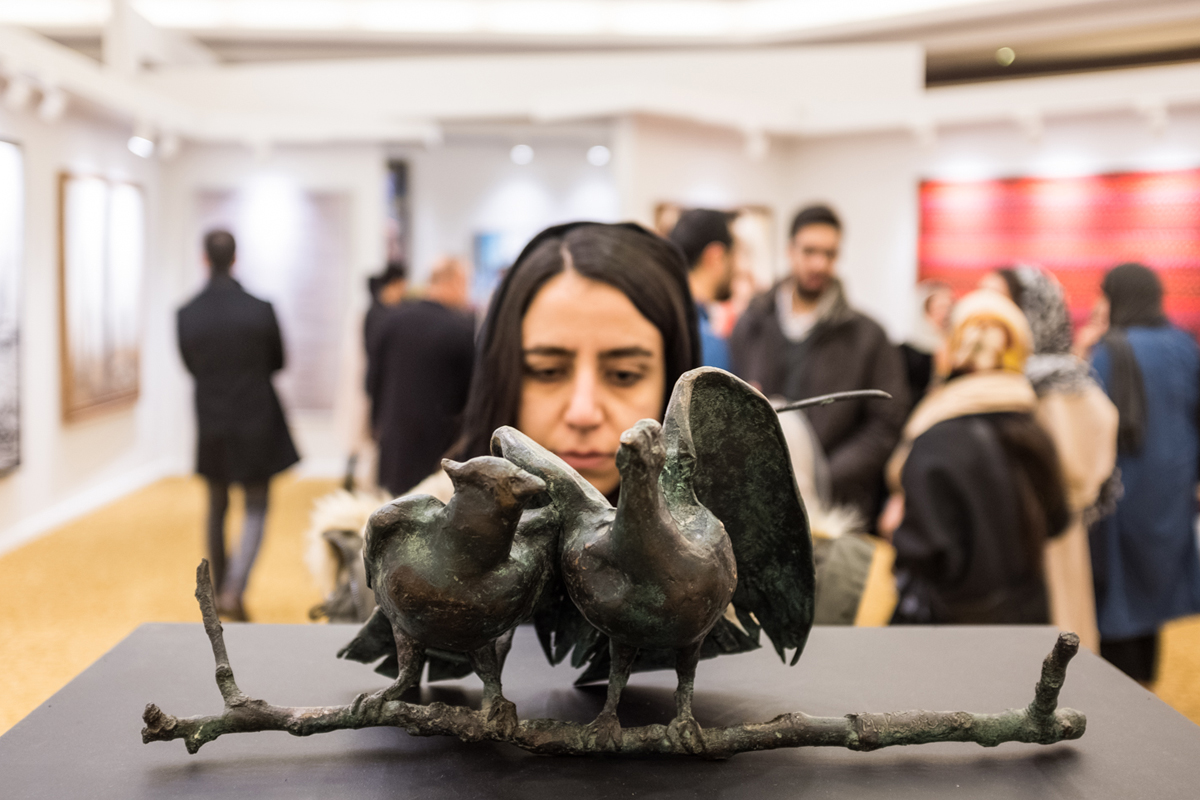 sfweekly.com 06/11/2013 Arts
With an arts tradition that goes back more than 5,000 years, and a modern art scene that embraces everything from graffiti to avant-garde film, Iran i...View Details»