By lastair HIMMER
He's the safe hands behind Iran's Asian Cup quest whose rags-to-riches story turned him into a national hero -- now giant goalkeeper Alireza Beiranvand has become an internet smash.
Videos of the 26-year-old shot-stopper throwing the ball over 70 metres to a striker during Iran's clash with Iraq in Dubai went viral, while national coach Carlos Queiroz calls him the heartbeat of his title-chasing side.
"Ali is fantastic," Queiroz told AFP before Iran face Oman in the last 16 of the Asian Cup on Sunday.
"It's not only his size, it's his big heart."
Beiranvand shot to fame at last year's World Cup when he saved a Cristiano Ronaldo penalty in Iran's 1-1 draw with Portugal.
But the Iran goalkeeper melted the hearts of football fans around the world by revealing that he had run away from his nomad family and worked in a car wash and as a street cleaner before making it as a footballer.
Beiranvand even slept on the streets of Tehran as he hustled for a chance to show clubs he was made of the right stuff.
"He has something inside him," said Queiroz, set to step down after eight years as Iran coach following the Asian Cup and take the Colombia job.
"It always gives him the right motivation and the right ambition to be better and better.
"Sometimes you have great players with great talent but they lack that inner desire to be a champion, to be a winner," added the former Real Madrid boss, who has also been impressed by Beiranvand's ability to carry a tune.
"Ali has this amazing spirit, we love him. He's also a wonderful boy and a great personality -- apart from being a good goalkeeper with a great throw, he can also sing!"
- 'Iranian Messi' -
Team Melli have emerged as front-runners to capture the Asian Cup for the first time since 1976 with striker Sardar Azmoun -- dubbed the "Iranian Messi" -- in sparkling form, scoring three goals in three group-stage matches.
But Queiroz sought to play down expectations that will reach fever pitch as his side progresser deeper into the tournament.
"From the technical point of view, no doubt Japan and South Korea are one step ahead of all the other teams in Asia," he insisted.
"But at the Asian Cup it can come down to inspiration, character, bravery -- and you always have a chance and can always have a say in these competitions when you respect those fundamentals."
Queiroz would love to sign off by delivering silverware but believes he has already helped changed the mentality of Iran's players.
"A trophy stands forever, but the most important thing is that whichever coach comes after me finds the team in a better position to keep going and challenging for success," he said.
"After eight years there is a foundation behind me. We now have Iranian players who are strong believers -- they know they can succeed."
Oman, meanwhile, have nothing to lose, having reached the knockout stage for the first time.
"We're not sitting in our hotel thinking we've achieved everything we wanted to achieve," said Oman coach Pim Verbeek.
"This can be a historic game to get to the final eight so that's our target."
--- ---
...

iransportspress.com 01/04/2017 Sports
By John Duerden (IranSportsPress.com-FoxSports)- The win by that scoreline over China and Marcello Lippi keeps the team four points clear at the top o...View Details» 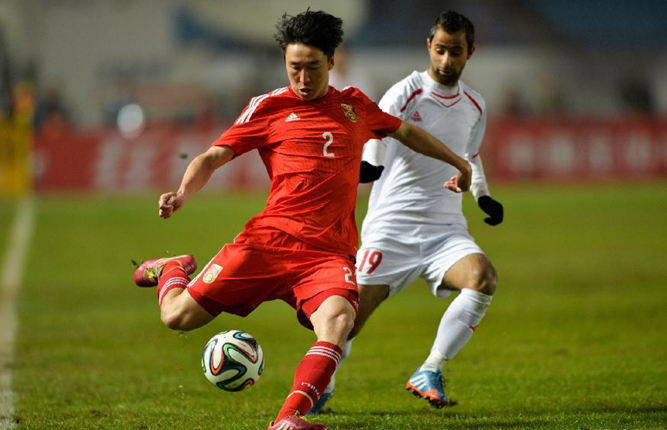