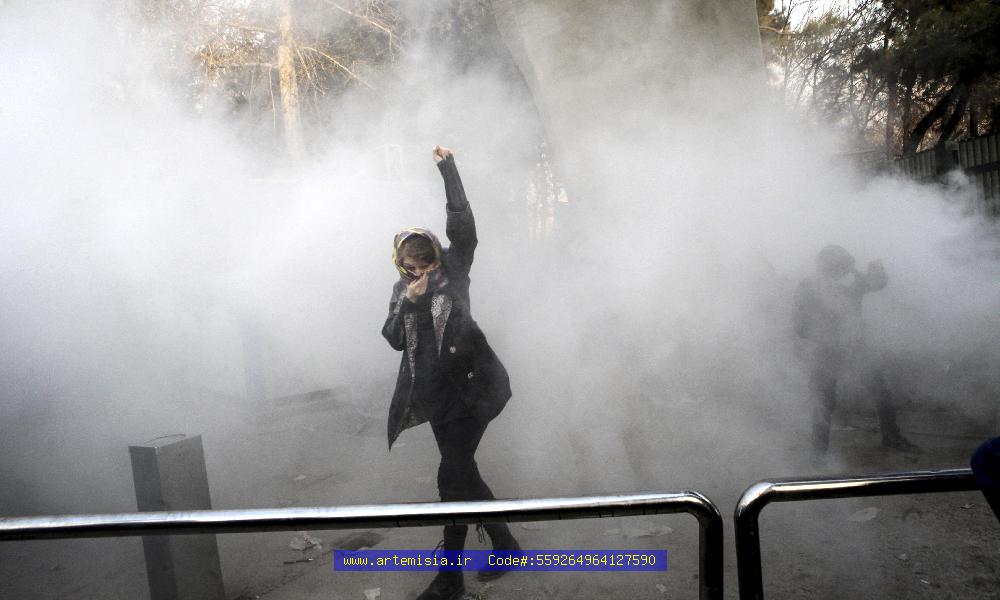 Journalists, lawyers, minority rights activists and anti-hijab protesters among those held
Mattha Busby
@matthabusby
Thu 24 Jan 2019 00.01 GMT
Last modified on Thu 24 Jan 2019 00.23 GMT
Iranian authorities arrested more than 7,000 dissidents last year in a sweeping crackdown that led to hundreds being jailed or flogged, at least 26 protesters being killed, and nine people dying in custody amid suspicious circumstances, according to Amnesty International.
Those rounded up during violent dispersals of peaceful protests in what Amnesty called “a year of shame for Iran” included journalists, lawyers, minority rights activists and women who protested against being forced to wear headscarves.
Iranian authorities beat unarmed protesters and used live ammunition, teargas and water cannon throughout the year – particularly in January, July and August – with thousands arbitrarily arrested and detained, new figures assert.
“2018 will go down in history as a year of shame for Iran,” said Philip Luther, Amnesty International’s Middle East research and advocacy director. “The staggering scale of arrests, imprisonments and flogging sentences reveal the extreme lengths the authorities have gone to in order to suppress peaceful dissent.
“From underpaid teachers to factory workers struggling to feed their families, those who have dared to demand their rights in Iran today have paid a heavy price. Throughout 2018, the Iranian authorities waged a particularly sinister crackdown against women’s rights defenders. Governments which are engaged in dialogue with Iran must not stay silent while the net of repression rapidly widens.”
At least 112 women human rights defenders were arrested or remained in detention in Iran last year following sustained protests against compulsory veiling. Women silently waved their headscarves on sticks in public, provoking a violent response and a number of “grossly unfair” trials that led to some being jailed.
Shaparak Shajarizadeh fled Iran after she was released from prison on bail following her peaceful protest in January. She has since claimed that she was placed in solitary confinement and tortured during a custodial sentence that could have lasted up to 20 years.
Her lawyer, Nasrin Sotoudeh, was herself arrested in June and faces several charges related to national security for defending those protesting against forced hijab-wearing. She is already serving a five-year sentence for campaigning against the death penalty.
Throughout the year, 11 lawyers, 50 media workers and 91 students were also detained arbitrarily, with at least 20 media workers sentenced to long jail sentences or flogging after unfair trials, according to Amnesty.
One journalist, Mohammad Hossein Sodagar, from the Azerbaijani Turkic ethnic minority, was flogged 74 times after his conviction for “spreading lies”, Amnesty said. Another media worker, Mostafa Abdi, who works for the Majzooban-e-Noor website, which reports on human rights abuses against the Gonabadi Dervish religious minority, was sentenced to 26 years and three months in jail and 148 lashes.
Amid a deepening economic crisis in the Middle East country that triggered worker-led protests that were brutally suppressed, Amnesty said Iran also intensified its discriminatory crackdown against religious and ethnic minorities, limiting their access to education, employment and other services.
At least 63 environmental activists and researchers were reportedly arrested in 2018. They stand accused, without evidence, of collecting classified information about Iran’s strategic areas under the pretext of carrying out environmental and scientific projects. At least five were charged with “corruption on earth”, a crime punishable by death.