Iran's Capital City Is Being Devoured by Sinkholes

Iran's Capital City Is Being Devoured by Sinkholes...
livescience.com 30/01/2019 Nature 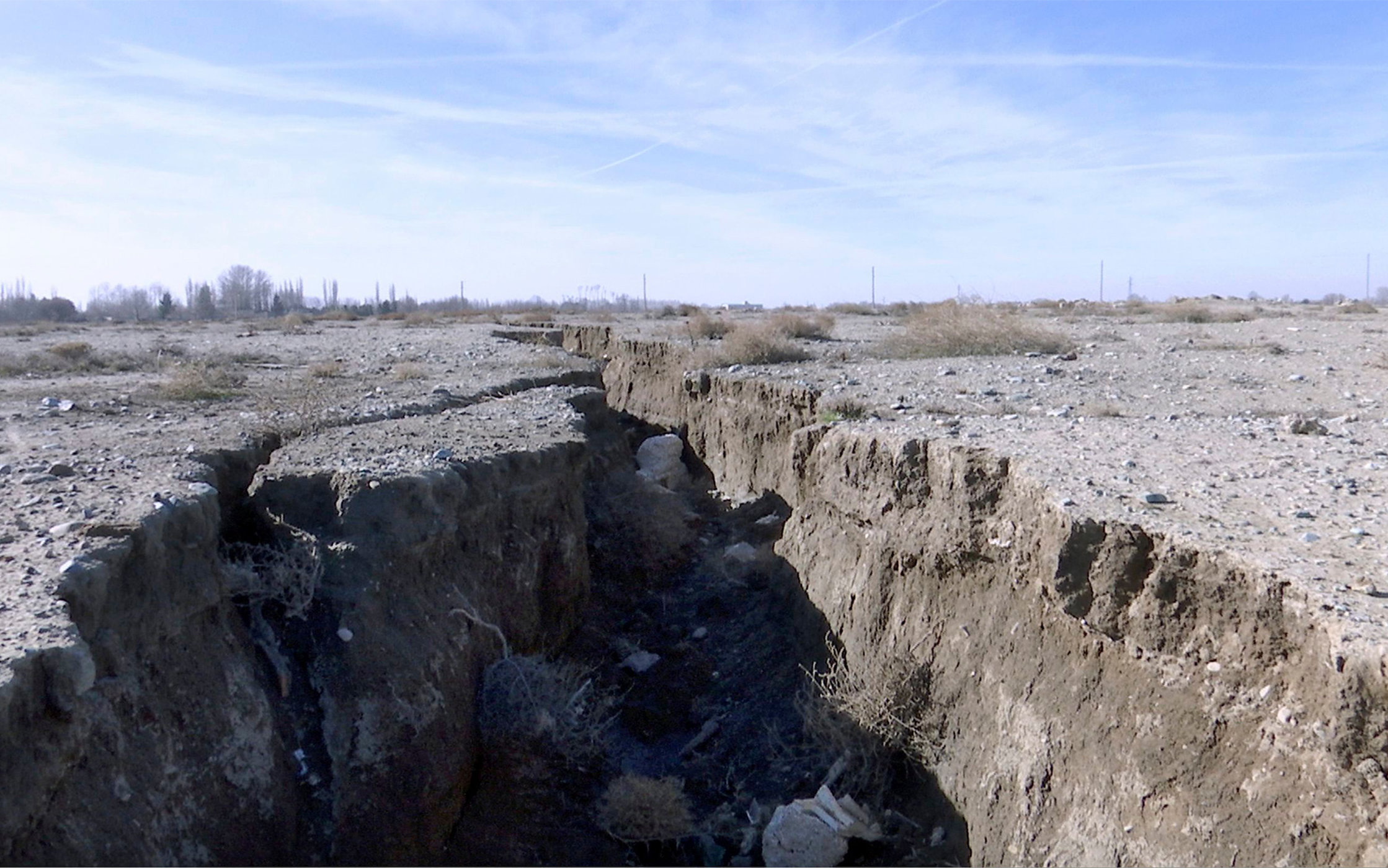 By Rafi Letzter, Staff Writer | January 28, 2019
Sinkholes and fissures are opening up the earth around Tehran, Iran's capital city. And according to the Associated Press, they threaten people's homes and the local infrastructure.
The ground is cracking open, according to the AP, thanks to a water crisis that has deepened as Tehran's population has ballooned. The region is in the midst of a three-decade-long drought and ongoing desertification. According to a 2018 report from Circle of Blue, a nonprofit focused on water issues, that problem has been compounded as the city's population has grown to close to 8.5 million.
Drought and excessive water pumping in Malard, west of Tehran, Iran, caused a fissure to open up, shown here Jan. 8, 2019. Now, the area around the capital Tehran is sinking.

* * * Water pumped from underground aquifers has gotten saltier every year as the city has increasingly relied on these underground water sources as opposed to rainwater. At the same time, a great deal of the dwindling water supply gets diverted to thirsty and inefficient agriculture, according to the AP. [10 Driest Places on Earth]
As a result, land in the area is physically slumping in on itself. The ground around Tehran, sitting 3,900 feet (1,200 meters) above sea level, has subsided an average of 8.6 inches (22 centimeters) per year, according to the Iranian government. A February study published in the journal Remote Sensing of Environment arrived at a similar number: 9.8 inches (25 cm), based on satellite measurements.
All that subsidence has cracked buildings and water pipes, opened holes in the drying earth, and caused miles-long fissures. Residents fear their buildings collapsing, Nature reported. The airport, oil refinery, highways and railroads in the area are all threatened.
The problem is partly a result of international sanctions applied to the country since its revolution, the AP reported. Iran has sought to produce enough food locally to feed all of its people in times of crisis, and this has over-stressed the water supply.
Some of the damage may be permanent, as the February study found that even after periods of rainfall, the land fails to swell again. That suggests that the rocks in the area may have lost their ability to absorb as much water as they once did, the study said.
---Sinkholes and fissures are opening up the earth around Tehran, Iran's capital city. ---...