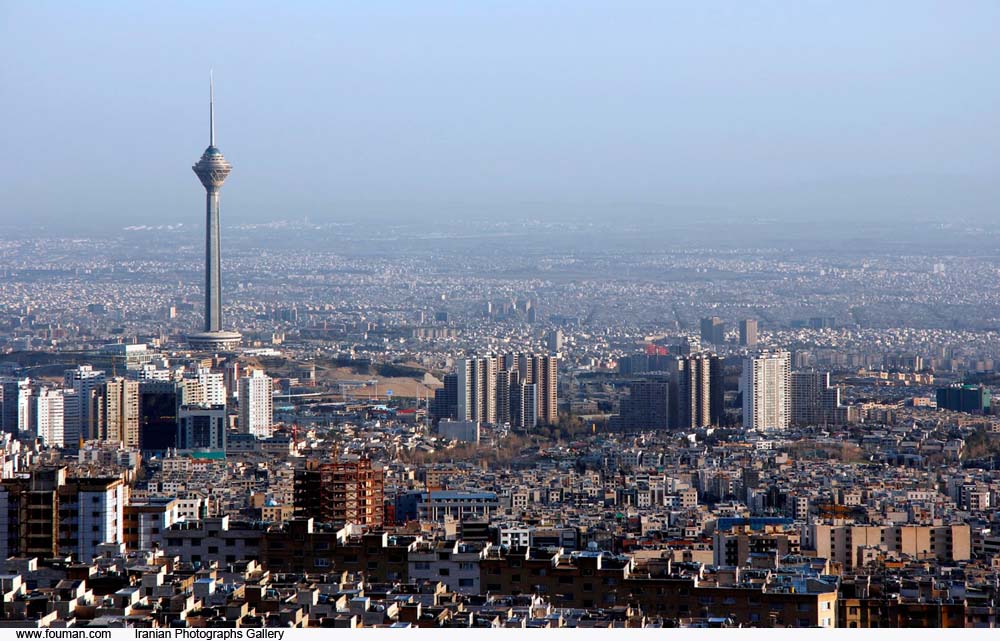 By Saeid Jafari January 24, 2019
Pirouz Hanachi is the third mayor of Tehran elected by the City Council in a period of less than seven months. As part of his drive to establish a closer connection with the city's residents, Hanachi recently joined a campaign dubbed "car-free Tuesdays." The campaign, originally launched in December 2015, has never become widely popular, remaining an unfulfilled dream mostly pursued by environmental activists. While the Tehran Municipality and Iran's Department of Environment voiced support for the idea, they rarely took steps beyond words.
The campaign calls on Tehran residents to rely on public transportation to get to work on Tuesdays, with the aim of mitigating the city's pollution and combating its complicated traffic jams.
One day before he was officially named Tehran's mayor in late November, Hanachi joined the car-free Tuesday campaign in practice, urging his colleagues to follow suit as well. Then, just before his very first official working hours as mayor, he rode the bus to get to his office. The move is extraordinarily rare in a country where senior officials are routinely picked up for work in special government-owned vehicles with private drivers.
On the second Tuesday after his inauguration, the 55-year-old Hanachi took another step forward by biking to work. This time, however, the gesture drew criticism from a predecessor. In a biting social media post, Gholam-Hossein Karbaschi, mayor of Tehran from 1990-1998 and the secretary-general of the pragmatic-minded Executives of Construction Party, wrote, "I wish Mr. Hanachi had not biked to work, but had rather woken up earlier to skip the rush hour and get to work to do something for dozens of railcars waiting to join the Tehran subway network, so that hundreds of thousands of passengers would find it easier to make it to work."
Karbaschi was referencing 70 railcars imported but stranded in the southern port city of Bandar Abbas due to multiple problems concerning foreign currency transactions as well as unsettled bureaucratic disputes between the Tehran Municipality, government banks and the Customs Office.
Hanachi was quick to respond, but in a diplomatic fashion. The mayor wrote to Karbaschi that biking to work does not take longer than driving earlier in the morning. He did express, however, his openness for further advice from the ex-mayor. The thread stopped with a Karbaschi reply, which came in a softer tone this time. He admired the current mayor's move and explained that his earlier post was just an expression of concern that the biking might be construed by the public as a show.
On the Tuesdays that have followed since, Hanachi has maintained the practice, either biking or using public transportation before clocking in.
Reactions to the campaign have been mixed. "The move is useful in principle," said Omid Karimi, a social affairs journalist at Sazandegi daily. "I don’t believe it is rooted in populist purposes. But we have to also admit that there are numerous infrastructure-related challenges that the campaign is facing."
The senior journalist told Al-Monitor that given Hanachi's executive background, it goes without saying that he has fully thought out the idea. "But Tehran is a city where the main paths are from the north to the south and vice versa." According to Karimi, this necessitates the use of electric bicycles to facilitate biking. "Due to the size of the city, you will also have to pass through tunnels and highways, at some of which biking is banned."
Karimi said one side benefit is that the campaign makes the mayor accessible to the public and exposed to its demands. "He understands that by cycling to work, he opens up requests for special bike lanes, improved infrastructure as well as bike sharing stations." Karimi said that despite all the obstacles in the way, the campaign "holds bright prospects and will help tackle Tehran's air pollution and traffic congestion.
Some experts, however, have major problems with the campaign, arguing that bike lanes should have been built before such a symbolic move was taken. In 2016, Tehran's Mayor Mohammad Bagher Ghalibaf had set up bike-sharing stations, but the project was given the cold shoulder by the public. This could be partly explained by one of the key deficiencies in the system: After their trips, users had to return the bike to the starting point. Ghalibaf also opened some bike lanes. But again, poor public reception and a lack of effort to raise awareness practically turned the bike lanes into roads for motorbikes.
Tehran's 13 million people are housed over 730 square kilometers (282 square miles). During the Iranian year that ended March 20, 2018, the city recorded only 15 good air quality days, while experiencing 249 days with moderate air quality, 93 days of unhealthy air for sensitive groups and eight days that exposed everyone to unhealthy conditions. These figures indicate just how complicated the city's air pollution is and what a tough challenge it has laid for the car-free Tuesdays."
The priority, many believe, is to further equip and upgrade Tehran's subway network and bus fleet. Critics present the argument that little awareness is being raised on the value of biking. But proponents insist that the mayor's move alone is a positive step in the right direction to encourage citizens in a metropolis grappling with uncontrollable traffic congestion and alarming air pollution levels.
Found in: Environment and nature
Saeid Jafari is an Iranian journalist and Middle East analyst. He has worked for such Iranian publications as Aseman, Khordad, Mosalas and Mehrnameh. He is the editor of the international and diplomatic section of the weekly Seda in addition to working for Khabar Online. Jafari has also published English-language articles in Iran Review. On Twitter: @jafariysaeid