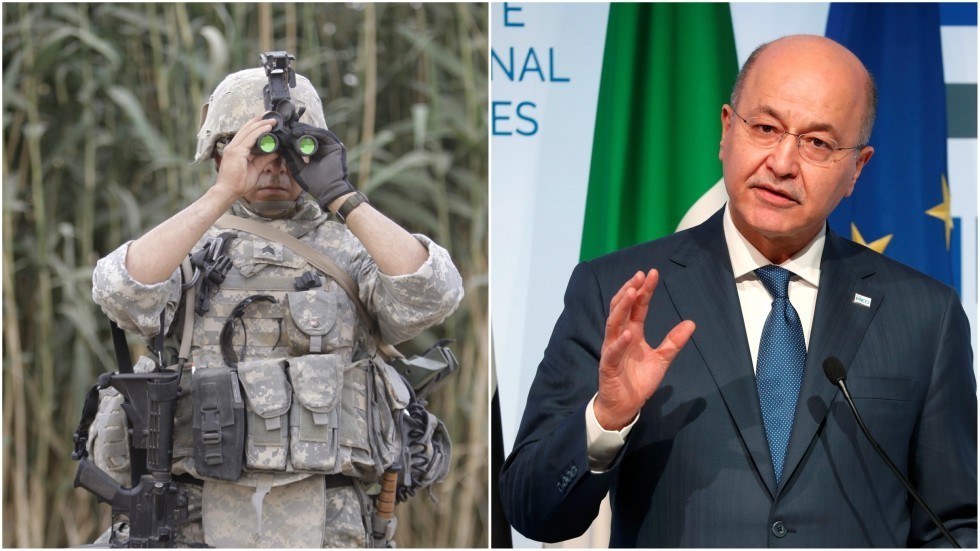 Iraq’s president resoundingly dismissed Trump’s idea of a US vigil on his country’s border, stating he had not asked for permission to “watch Iran.” Barham Salih instead suggested the US stick to its mission fighting terrorism.
Speaking to reporters at a forum in Baghdad on Monday, Salih was responding to a question about remarks made by the US president to television network CBS on Sunday. Expressing his desire to keep a military presence in Iraq, Trump told the Face the Nation program: “All I want to do is be able to watch” neighboring Iran.
At present, approximately 5,200 US troops are currently based in Iraq. Spread out across several bases, the majority are based at either Al Asad Airbase in western Iraq or in Erbil in Iraqi Kurdistan.
“Don't overburden Iraq with your own issues,” Salih said of the US’ growing tensions with Iran.
While acknowledging that the US was a “major power” in the region he demanded: “do not pursue your own policy priorities, we live here.”
An ally of the US in defeating remaining pockets of Islamic State terrorists in the country, Iraq has found itself under increased pressure as tensions between the Trump administration and Iran grow after the US claimed Tehran was not sticking to the terms of the 2015 nuclear deal.
Stating that Iraq wanted to be on good terms with all of its neighbors, Salih stressed that it was in his country’s “fundamental interest” to have a cordial relationship with Iran.
--- ---
...

Iraqi president says U.S. has no right to 'watch Iran' from his countr... 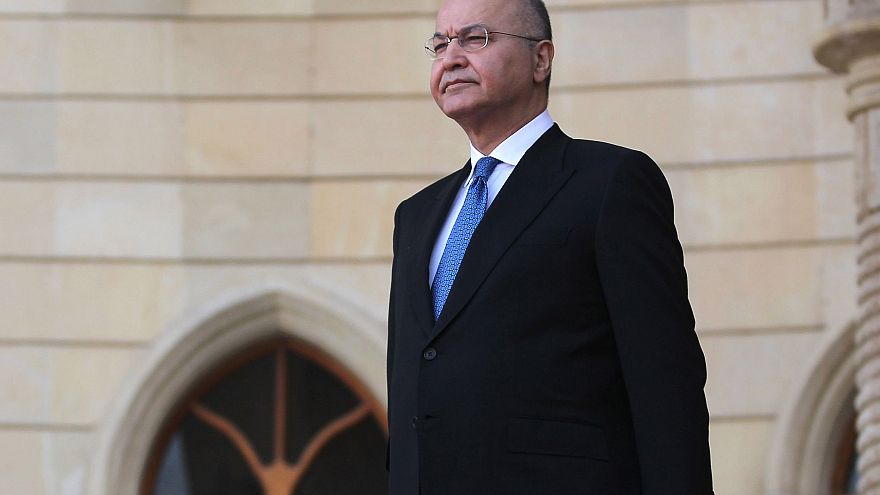 euronews.com 06/02/2019 Politics
U.S. troops do not have the right to use Iraq to "watch Iran," Iraqi President Barham Salih said on Monday after Donald Trump indicated American forc...View Details»