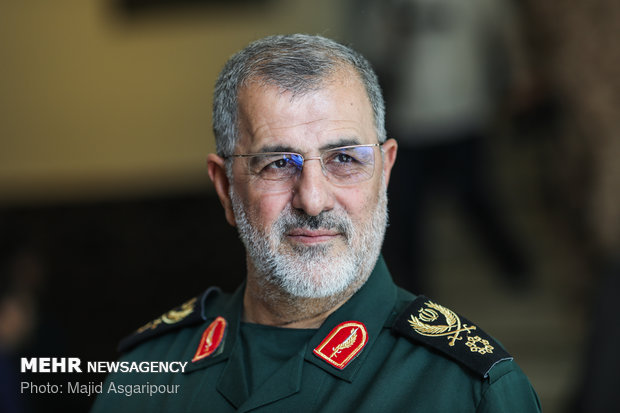 TEHRAN, Feb. 19 (MNA) – Islamic Revolutionary Guards Corps (IRGC) Ground Forces Commander said Tue. two of the perpetrators behind the Zahedan terrorist attack, including the suicide bomber, were Pakistani nationals.
Addressing a ceremony commemorating the martyrs of last week’s terrorist attack, Brigadier General Mohammad Pakpour said IRGC forces have identified the perpetrators behind the attack, saying the suicide bomber named Hafiz Muhammad Ali and another perpetrator, Abu Bakr, were Pakistani nationals. He maintained that three others were from the Sistan and Baluchestan region, adding that two of them have been arrested, while the third one is still at large. He said the last perpetrator will be arrested soon.
The suicide attack, which targeted a bus carrying Islamic Revolutionary Guards Corps personnel near Zahedan in Sistan and Baluchestan province, claimed the lives of 27 people and injured dozens of others.
The so-called Jaish ul-Adl terror group, which is based across the border in Pakistan and is responsible for kidnapping Iranian border guards and carrying out other terrorist attacks of this kind in Zahedan over the past years, claimed responsibility for the Wednesday attack.
In a Monday statement, IRGC noted that its forces had launched an operation Sunday night and stuck numerous hideabouts in Saravan and Khash in which the terrorists behind the attack were residing.
Three terrorists have been arrested, reads the statement, adding that 150kg of explosives, 600kg of raw materials for explosives, and some weapons and ammunition have been seized during the operation.
“IRGC continues measures to track down the clues for a definitive and complete retaliation against the core of the criminal gang, and it is expected that this will be achieved quickly with the cooperation of the Pakistani government and army,” the statement added.
--- ---
... 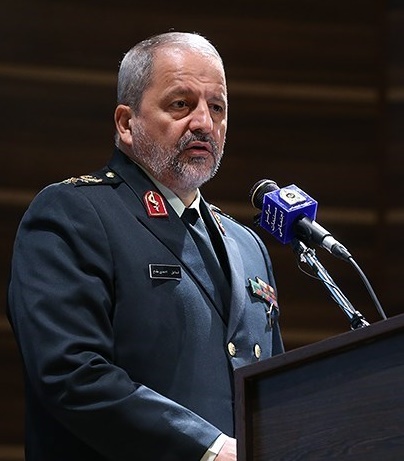 uk.reuters.com 10/06/2017 Politics
By Parisa Hafezi | ANKARA When Islamic State called on members of Iran's Sunni Muslim minority in March to wage a religious war on their Shi'ite rule...View Details»