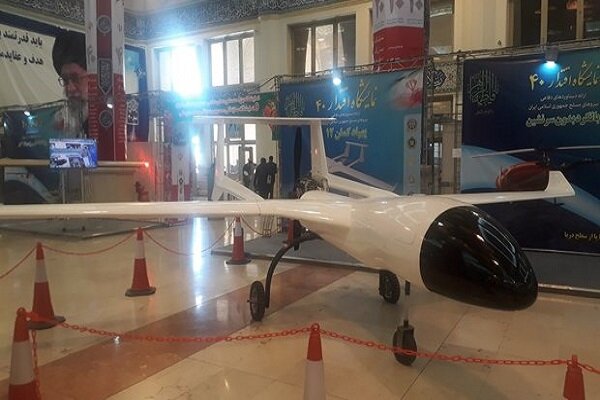 TEHRAN, Mar. 01 (MNA) – Production lines of Kaman-12 Unmanned Aerial Vehicle (UAV) and Akhgar missile were put into operation on Feb. 28 in the presence of Vice-President for Science and Technology Sorena Sattari and Army Air Force Commander, Brigadier General Aziz Nasirzadeh.
The first aeronautical center, equipped with laser technology of Launch Services Program (LSP), was also inaugurated in Army Aerospace Force Self Sufficiency Jihad Organization (ASF SSJO).
In this ceremony, Vice-President for Science and Technology Sorena Sattari said, “most parts and structures in all science and engineering fields have legal standard lifetime, so that after termination of lifetime of relevant parts, it is necessary to replace them with new ones.”
Since replacing structures in aerospace science is costly and sometimes irreplaceable, scientifically-proven methods should be used in order to increase lifespan of these equipment, he highlighted.
He went on to say that Launch Services Program (LSP) is one high-tech methods in the field of laser technology that the Army Air Force of the Islamic Republic of Iran attained this advanced technology at the unsparing support of the Vice-Presidency for Science and Technology and also a number of prestigious knowledge-based firms.
For his part, Army Air Force Commander, Brigadier General Aziz Nasirzadeh pointed to promoting combat power and cutting currency dependency to foreign countries as the salient achievements of this sophisticated technology.
These achievements have been acquired in sanctions conditions, he said, adding, “this technology is also applicable in the medical industry, energy industry (gas-powered turbines) and also automotive industry.”
--- ---
...

Iran self-sufficient in production of radiopharmaceuticals ...